Where is Dolli From Glow Up Now? 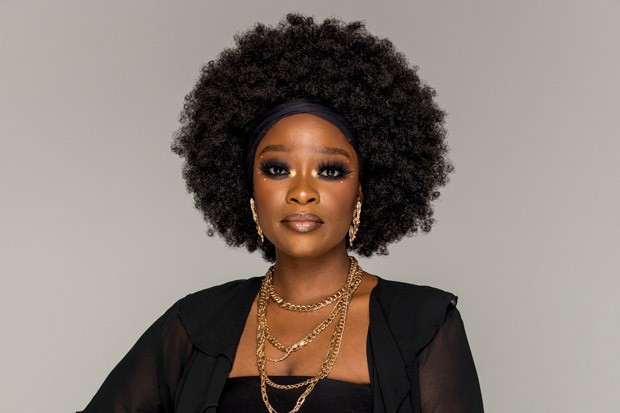 Hosted by none other than Maya Jama, ‘Glow Up: Britain’s Next Make-Up Star,’ also known as ‘Glow Up,’ is a competition series wherein ten aspiring make-up artists take center stage to prove that they’re ready to reach the next level in the industry. Over eight weeks, they showcase their creativity, talent, and techniques by partaking in a set of complex challenges to help judges Dominic Skinner and Val Garland select the winner. However, since there can only be one, Dolli’s striking looks earned her the rank of second runner-up. So now, let’s find out more about her, shall we?

Having given birth to a beautiful girl at the age of 20, Dolli has had to fight hard to break the perception of working mothers and prove people wrong. She not only wants to provide for her young daughter and their family, but Dolli also wants to explain that anyone can accomplish their dreams if they just work towards them with true grit and determination. The best path to do so, Dolli concluded, is to serve as an example. Therefore, she has been chasing her goal of being a full-time make-up artist for a few years, which landed her a spot as a contestant on ‘Glow Up’ season 3.

During her first week on the show, Dolli blew everyone away with her look on the brief of what makes her unique. By combining her African heritage, love for gold, and concept of afro-futurism, she came out with a one-of-a-kind design that made her the one to watch out for. Dolli had a few downs that followed, but she always came back harder than before. Thus, by the time finale week rolled around, she’d managed to have a lot of experience under pressure. A technicality ultimately became her downfall, yet Dolli still walked away with a feature, a booking, and two collaborations.

Since her journey on ‘Glow Up,’ Dolli has returned to her everyday work as a professional visual creator and beauty broadcaster at Selfridges, a chain of high-end department stores in the United Kingdom. The London-based mother has also expanded her style while sticking to originality by ranging her looks from glam to transformations, incorporating body paint, sequins, and metallic colors and accessories.

A vivid pop of color paired with black clothing seems to be Dolli’s go-to, at least, on herself. From TV to editorial to fashion, Dolli has experience in all fields, and there is no stopping her. There isn’t a lot that Dolli shares on social media platforms, but her beliefs and individuality are still evident in the posts she’s shared. Recently, as seen above, the pro-Make-up artist spoke about positivity, being kind, and the all-consuming pursuit of happiness.

“A reminder that staying positive doesn’t equate to being happy all the time,” she wrote. “I’ve had a hard couple of weeks to be completely transparent with everyone. But being an optimist I understand that life can be a bumpy road.” Then, after touching on learning from mistakes, Dolli added, “No ones perfect and I love that for us. We are humans first. Remember to live a life you can look back on remembering you thought and led with LOVE first.”