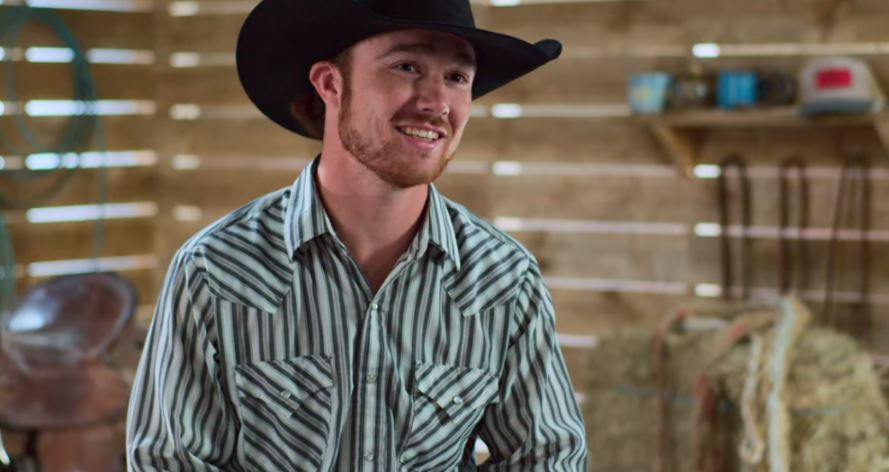 Netflix’s ‘How to Be a Cowboy’ is a docuseries that follows Dale Brisby and his Radiator Ranch crew as they keep cowboy traditions alive through social media, ranching, and rodeoing, all the while teaching the upcoming generation about the same. This concept may seem a little flat at first, but the way the show plays out, with goofy food-related references, life skills, and youngsters getting the hang of the lifestyle, make it a must-watch. In fact, one of the most crucial cast members was former intern turned new employee Donnie Ray Daytona. So, here’s what we know about him.

Who is Donnie Ray Daytona?

Originally from Missouri, Donnie Ray Daytona found himself in Texas as he wanted to learn how to be a real American cowboy and ride rodeo in style. He landed an internship directly with Dale Brisby, but because his work ethic, drive, and effort were unquestionable in every single thing he did, it soon turned into a full-time job. Donnie does not like talking about himself, as intimated in the Netflix program, yet that never affected his vocation. However, he allegedly had a gambling issue, but becoming a cowboy and finding a sound support system helped him turn even that around.

In the series, we see Donnie’s commitment and hard work as he tries and succeeds in completing the step ladder his mentor, Dale, had established to see how ready he was before entering his first rodeo. From practice to tough broncs to the toughest, the then-amateur rider tested every aspect with the same tenacity to overcome them. Moreover, he clearly appreciated all the extra help Dale supplied by having other specialists help him out. This only demonstrated that once Donnie set his mind on something, he’d find ways to achieve it and will always be grateful for those beside him.

Where is Donnie Ray Daytona Now?

Donnie Ray Daytona continues to work at Radiator Ranch Cattle Company in Winnebago, Texas, and from what we can tell, he is content to be where he is in life. He only rides broncs, not bulls, but that appears okay as it looks like he wants to make it his specialization. Donnie is also a part of Dale’s Rodeo Time business, where he serves both behind the scenes and in front of the camera.

All in all, the younger of the Daytona Brothers and self-proclaimed life coach is staying cool and getting paid, just like his Instagram bio states. And it seems like, as a competitive rider, Donnie will now let nothing come between him and rodeos.