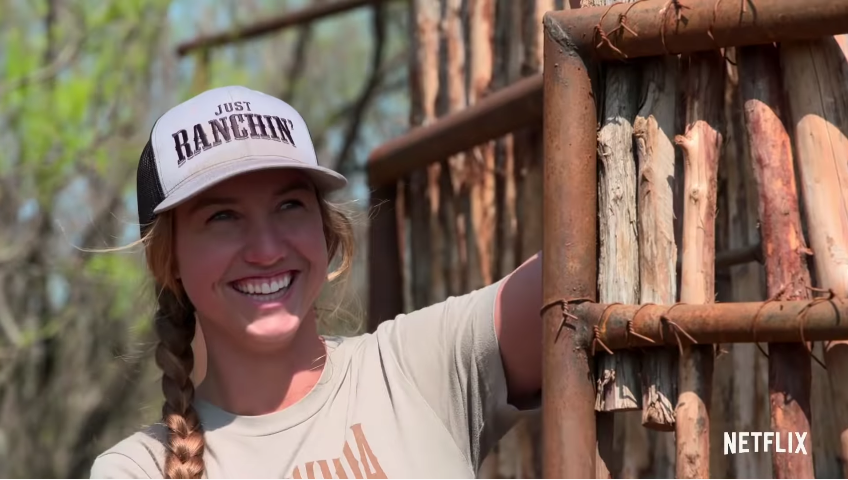 ‘How to Be a Cowboy’ is a fascinating docuseries that examines what it means to live in the countryside as an authentic and traditional cowboy or cowgirl by following charismatic Dale Brisby and his Radiator Ranch squad as they go about their day to day lives. From herding and feeding cows to mending fences and from riding bulls and horses to merely having a good time, it’s all profiled in Netflix show. But we’ll be honest, the one person who caught our attention the most with her worth ethic and determination is Jorden Halvorsen. So, here’s everything we know about her!

Who is Jorden Halvorsen?

Originally from North Carolina, Jorden Halvorsen was once a figure skater who grew up riding horses just as a pastime. With no history of bull riding in her family or her area – that she knew of – she did not think about it until her horse trainer suggested that she try it out for the sake of it. Following this, Jorden walked into a practice pen, rode the animal, and instantly fell in love with the adrenaline-rushing and rugged sport. Upon research, she learned that it is very male-dominated and decided to say goodbye to her skates to be one of the few female bull riders in the nation.

Although Jorden has only been in the craft for about eight years now, she is considered one of the best. Plus, despite the numerous injuries, pitfalls, and setbacks she has faced over the years, with the last one being to her knee and almost ending her career, she’s made up her mind to rise higher with each comeback. After all, Jorden intends to be the kind of role model she never had growing up. This is why she makes time to meet and speak to those who support her, no matter their age. As portrayed in the Netflix series, Jorden considers this her responsibility.

Where is Jorden Halvorsen Now?

Apart from being a competitive female bull rider for ages to come, Jorden Halvorsen even dreams about owning and operating her own countryside ranch one day, which is why she elected to intern at Radiator Ranch under Dale Brisby to attain first-hand experiences. Moreover, she wanted to take up the opportunity to learn from the best and gain back her confidence to get on bulls again after her severe knee injury. From what we can tell, the now-26-year-old is still working there and having the time of her life. She has found support and a genuine community in Texas.

To continue serving as a public figure and role model, Jorden recently created a Cameo account as well. However, we should mention that it doesn’t seem like she’ll be riding bucking bulls for a while yet. Sadly, though, her knees are still not 100% recovered. “Had ACL reconstruction surgery and everything went well,” Jorden penned alongside a post, as seen above, in August. “I start physical therapy in a few days but already can bend my knee to 90 degrees. Minor setbacks for majors comebacks and happy to be on the road to recovery 🤙🏼 #cowabunga #goodvibes.” However, we can’t wait to see what Jorden Halvorsen will achieve next.