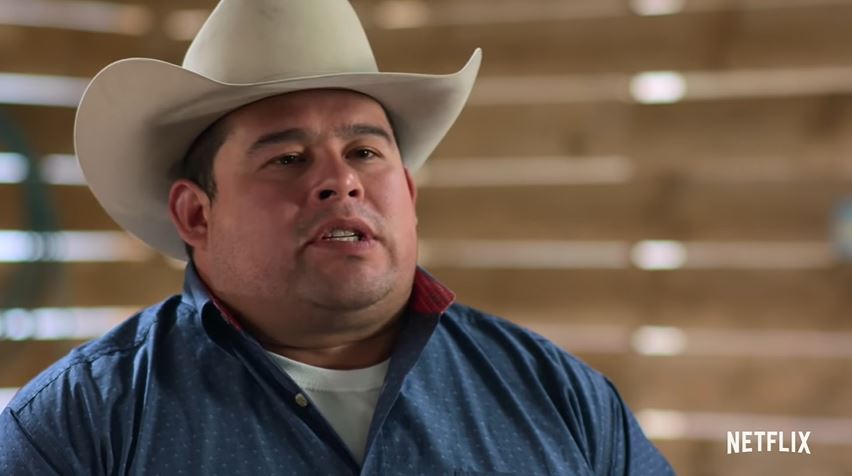 ‘How to Be a Cowboy’ is a Netflix original series that delves into the rodeo lifestyle, the method of herding and caring for cattle on a ranch, and other traditional crafts of cowboys in an educational yet goofy way. Dale Brisby is the one who leads this cowboy-themed extravaganza with the help of his Radiator Ranch crew and proves that true American cowboys still exist.

As Dale trains a new age in the same through on-field internships and social media, Dale’s team, notably Cheech Nation, assists the master cowboy. The latter mainly served as comic relief on the show, but he’s much more. Let’s find out more about him, shall we?

Who is Cheech Nation?

Cheech-O-Nation, real name Jesiah Zapata, but better known as Cheech, is a lifelong cowboy who breathes for the western world and rodeos even though he doesn’t ride competitively. Instead, the Texan is a professional Radio Announcer who works at rodeos and ranches daily, which is how he first came across Dale Brisby and became friends with him. He works at Dale’s Radiator Ranch Cattle Company. Cheech’s specialty, though, is roping — an art he has almost perfected thanks to endless practice. That is why he was the one to teach Jorden Halvorsen the same.

By working alongside Dale and his brother, Leroy Gibbons, the Pro-Rodeo Announcer’s Cheech-O-Nation brand came to light and became well-known, which he has tried to expand on to the best of his abilities. After all, Cheech wants to become an entrepreneur and is thus willing to take up every suitable opportunity that comes his way. The fact that Cheech gets to work at not just the ranch but also Dale’s Rodeo Time organization through their connection is also a boost for his experience and confidence, especially when his pitched ideas are selected for their social media and sponsored activities.

Where Is Cheech Nation Now?

Jesiah Zapata, or Cheech Nation, has a small range of merchandise under his brand name available at Crazy Consuela today, which is a massive deal for any aspiring businessman. Apart from all this, the rancher and western industry ambassador is also a comedic figure. As per his YouTube channel description, he always tries to keep a balance between his comedic timing and seriousness, whether in front of the camera or behind the microphone as a PCRA (Professional Rodeo Cowboys Association) announcer. Hence, it’s clear that Cheech is glad to be where he is.

With that said, however, he does want to keep growing and improving. “I am flawed in many ways, and work so hard at being flawless behind the mic, and I made a discovery it’s not just behind the mic it’s in all facets of life,” Cheech penned alongside an Instagram post recently, as seen above. “No one is perfect but we all have room to improve respect and enjoy the process wherever you go my friends! being mediocre is not an excuse and a choice…becoming accountable takes effort, takes discipline, make them habits, go win my friends! ❤️💯”