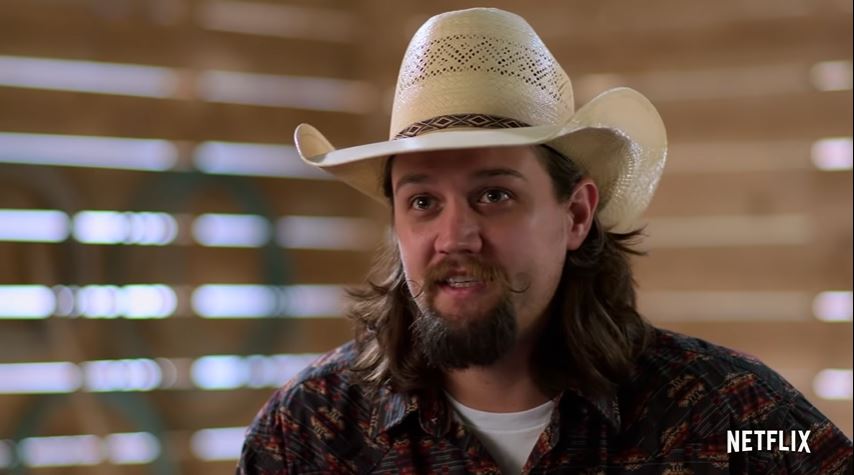 Netflix’s ‘How to Be a Cowboy‘ is a wild and entertaining reality series that opens our eyes to what it truly means to live the rural countryside life with ranches, rodeos, and hard work. It simply celebrates open spaces and the traditions of American cowboys, especially as there is no drama, fights, or villains involved. Professional bull-rider, social media figure, and charming entrepreneur Dale Brisby heads this cowboy-themed spectacle with the help of his Radiator Ranch crew, including brother Leroy Gibbons. So now, let’s learn all that there is to know about the latter, shall we?

Who is Leroy Gibbons?

Leroy Gibbons is a rancher, recording artist, and countryman through and through. In the series, although he says that it’s his responsibility to work less because his brother usually takes on bigger loads, Leroy actually serves at The Radiator Ranch Cattle Company and Rodeo Time Inc. with almost the same determination and tenacity. Like Dale, Leroy loves what he does and wants to expand on it. Thus, he may seem indifferent or annoyed most times, but there is a good reason Leroy is the one who gets to accompany his brother at sponsor meetings and partner competitions.

With his subtle sense of humor and seemingly reserved ways, Leroy is the exact opposite of Dale in terms of personality, yet their goals regarding the future of cowboys align flawlessly. That is why he helps at the businesses and works with new, young interns to make them see the brighter and lighter reality of the rural world. Leroy is essential not only because of this but also for the reason that he urges his brother to face his fears and try new things. Yes, it’s primarily for his amusement, except it pushes Dale’s boundaries and further helps him develop their ventures.

Where is Leroy Gibbons Now?

Leroy Gibbons, not to be confused with the Canada-based veteran reggae singer with the same name, resides in Texas and continues to operate alongside Dale and within the country music industry. In fact, he dropped his album ‘Unsettled’ in March 2021, which consists of nine songs. Some of his most loved records over the years are the 2018 single “If I Don’t Call,” the 2019 tune “Pocahontas” from his self-titled EP, and recently released “Actress” and “Place in Oklahoma.” Leroy even has a YouTube channel and Cameo account, but he hasn’t uploaded a video on the former in almost a year.

Moreover, the cowboy singer has a range of merchandise on the Dale Brisby website, which includes everything from shaving kits to wallets and T-shirts to backpacks. As if these vocations were not enough, it seems like Leroy is also delving into the world of photography and videography. With all this, it appears as if he wants to explore every possible horizon but is still content with where he is today. Leroy won’t let anything or anyone come between him and his aspirations in life.