Where is Dr. Nancy Ascher From Netflix’s The Surgeon’s Cut Now?

There is no denying that for the longest time, men completely dominated the medical field. But Dr. Nancy Ascher broke the glass ceiling when she became the first woman in the world to perform a liver transplant surgery. What is even more fascinating is that horror movies and feminism shaped her career to a large part. It is only fitting that she appears in Netflix’s docuseries about pioneering doctors called ‘The Surgeon’s Cut.’ Curious to know more about her? Let’s get right into it!

Who is Dr. Nancy Ascher?

Nancy hails from Detroit, Michigan, and had a fairly typical upbringing alongside three other siblings. Although her family never stopped the children from pursuing their dreams, the parents did emphasize on serving the community. In 1974, she enrolled in the University of Michigan, which is where she earned her medical degree.

However, not a lot of women signed up to be a part of the medical field in those days. In the show, the revered doctor recalls that only 20 women were a part of the huge batch. An even smaller chunk went into surgery. (In her class, only one other woman pursued the option). Furthermore, she had to take an additional interview with a therapist who then asked her inappropriate questions, such as if she’d ever be satisfied with just one partner.

In another instance, Nancy recalls how the women in the class walked out when their Professor of Obstetrics and Gynecology showed pictures of naked women during his class. With the ongoing feminist movement, they felt as if they were making a statement too. In 1981, Nancy completed her general surgery residency at the University of Minnesota. The next year, she completed her fellowship in transplant surgery from the same institution. Following this, she joined the faculty and even became the Clinical Director of the Liver Transplant Program.

So how do horror movies tie into all this? Well, the academic decided very early on in life that she had to do the things that frightened her the most in order to overcome her fears. (This realization came because of the horror flicks she watched while growing up). When she entered the medical field, Nancy felt uneasy the first time she ever saw a surgery in the OR. However, she has a strong work ethic, and soon, she honed her skills and overcame all inhibitions.

Many of Nancy’s colleagues also talk about her skills, grace, and timing during surgery. Furthermore, Nancy states that her job gives her the opportunity to battle chronic diseases and (hopefully) improve the lives of her patients. Although she runs a tight ship in the OR, there is no denying that she is a master of her craft. She demands perfection because she commands excellence. Nancy is married to a fellow surgeon named John Roberts. The two performed the first live adult-to-child liver transplant that occurred at the University of California, San Francisco, in 1993.

She reveals that she was his teacher, and interestingly, they were recruited from the University of Minnesota in 1988 to start a Liver Transplant Program at UCSF. Shortly after this, they got married at City Hall, and the couple has two beautiful children today. She feels that they work well together professionally because she can trust him. In ‘The Surgeon’s Cut,’ Nancy tells us about how she was operating when she went into labor during both pregnancies. 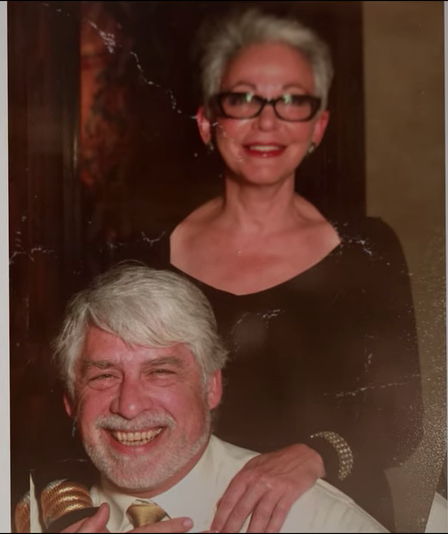 After she delivered Becky, her daughter, she took a week off from work. But she only took three days off when her son, Johnny, was born. There was a heartbreaking incident wherein Nancy’s sister, Sheila, needed a live kidney transplant. In the end, it was determined that Nancy was the best candidate. The skilled surgeon was now under the knife herself. Unfortunately, her sister passed away only three years after the operation. This was an incident that really shook her, and Nancy even had to take a break from work to recover.

Where is Dr. Nancy Ascher Now?

In 1999, Nancy was appointed as the Chair of the UCSF Department of Surgery, and she served in this capacity until 2016. Needless to say, she is one of the most respected surgeons in the world. Nancy has continued working with UCSF and is also an advocate for ending organ trafficking. After all, she has served on the Presidential Task Force on Organ Transplantation, the Surgeon General’s Task Force on Increasing Donor Organs, and the Secretary of Health and Human Services Advisory Committee on Organ Transplantation.

“The message I want to send to our young people is that anything is possible,” says UCSF transplant surgery pioneer Nancy Ascher. “There shouldn’t be any nos if you work hard.” #IWD2019 #WomensDay pic.twitter.com/vfFb7fzcwP

Read More: Where is Dr. Kypros Nicolaides From Netflix’s The Surgeon’s Cut Now?