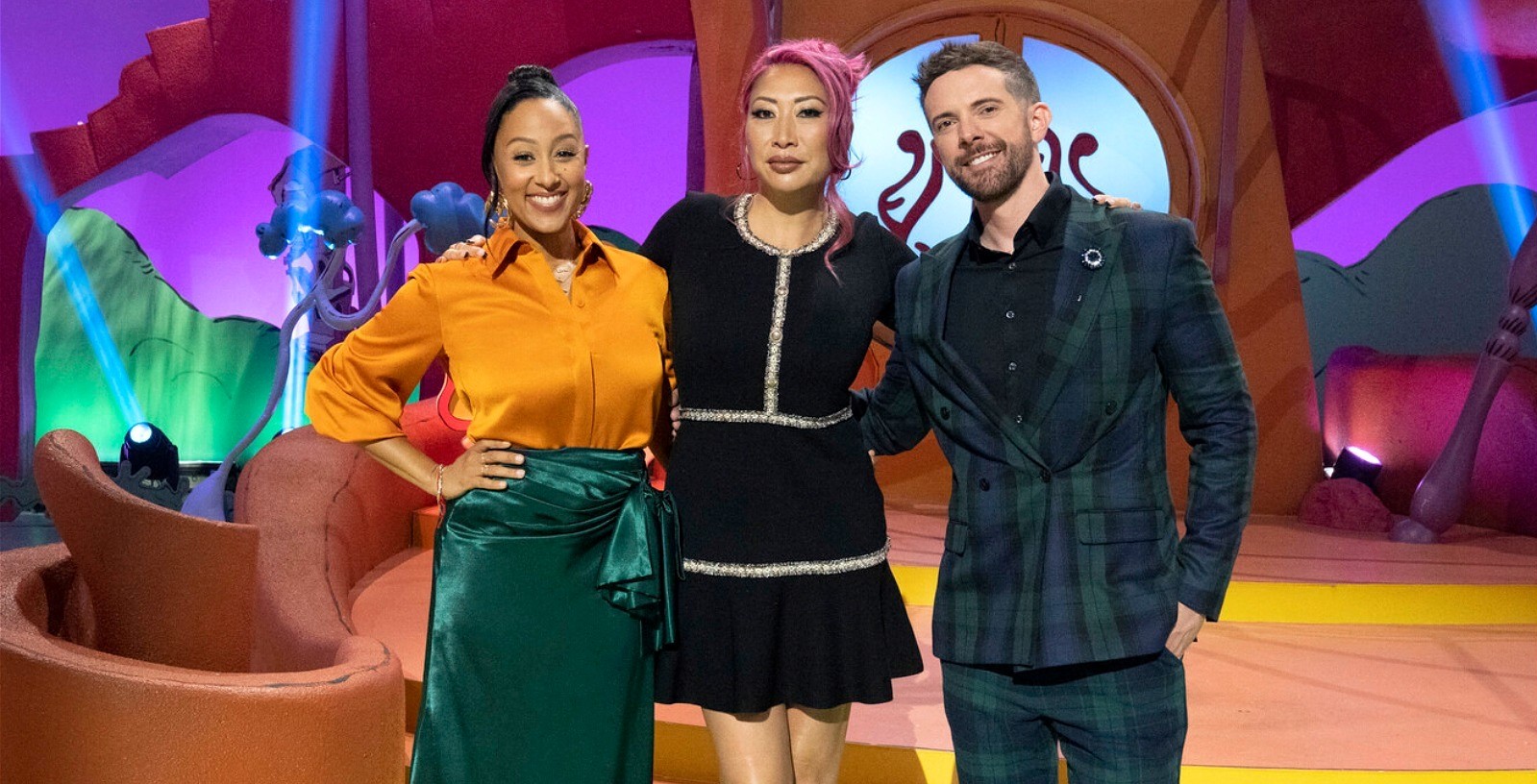 Amazon Prime’s ‘Dr. Seuss Baking Challenge’ is a reality baking competition series that pits together nine teams of trained pastry chefs and self-taught cake artists who compete against one another in a bake-off. All the contestants must use their creativity and draw inspiration from Dr. Seuss’s characters to make mouth-watering creations for a chance to take home the grand cash prize of $50,000. The bakers’ towering and unique cakes, which must adhere to the challenge of the given episode, are then judged based on accuracy, creativity, storytelling, and taste.

The host, Tamera Mowry-Housley, is joined by the two judges — Tamera Mowry-Housley and Clarice Lam — making the reality show all the more engaging and entertaining. At the same time, since the series is taped using the interior space of a set or sound stage, it makes one wonder where exactly is ‘Dr. Seuss Baking Challenge’ shot. If you are one such curious soul, we have got you covered!

‘Dr. Seuss Baking Challenge’ is filmed in California, particularly in Los Angeles County. The principal photography for the inaugural iteration of the cooking show took place in the summer of 2022, seemingly in August, over four weeks. Now, without much ado, let’s learn about the specific site where the bakers bake some delicious dishes!

Most of ‘Dr. Seuss Baking Challenge’ is lensed in Los Angeles County, the most populous county in California and the United States. The cast and crew set up camp at one of the sound stages on the Sony Pictures Studios at 10202 West Washington Boulevard in Los Angeles County’s Culver City. Established in 1912, the expansive film studio is home to 18 sound stages of different sizes, ranging from 7,600 to 42,000 square feet. Out of them are two audience-rated TV stages and numerous stages over 30,000 square feet, making it an ideal choice for filmmakers making various movies and shows.

Since Los Angeles County is home to many prominent film studios, it is rightfully associated with the entertainment industry. Apart from filmmaking, the county’s economy heavily depends on various other sectors, including medicine, law, fashion, music recording and production, financial services, and aerospace and defense.

Moreover, Los Angeles is visited by millions of tourists annually as it consists of several tourist attractions. Some notable ones are Vasquez Rocks Natural Area Park, Mount Wilson Observatory, the Los Angeles Zoo, the Natural History Museum of Los Angeles County, Hollywood Bowl, and the Museum of Tolerance, to name a few.