Where Is Elliot Walker From Blown Away Now? 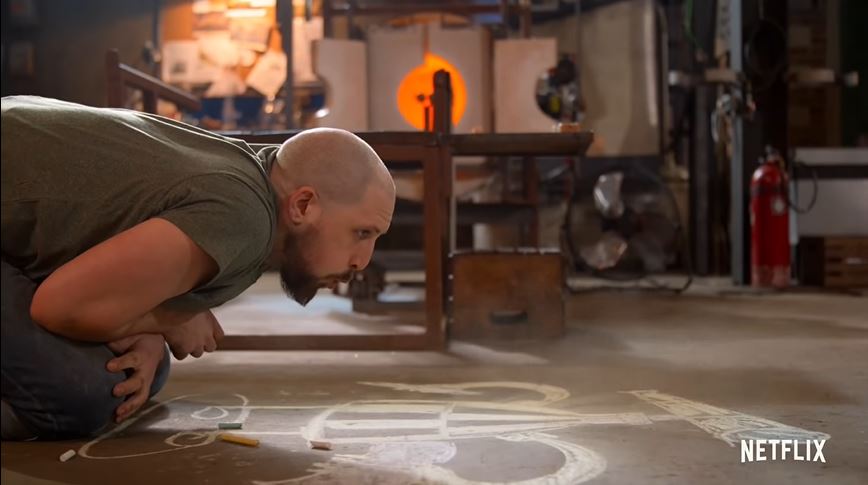 Being the first of its kind, Netflix’s ‘Blown Away’ introduces us to the beautiful and somewhat enchanting world of glass-blowing. As ten expert glassblowers from all around the world come together, we get taken on a roller-coaster ride of dedication and passion. They all go head-to-head with just one goal in mind: win the title of “Best in Blow” and receive the $60,000 prize, along with an artists’ residency spot at one of the most significant glass museums in the world, the Corning Museum of Glass in New York. Season 2 ended with Elliot Walker being crowned the winner, so let’s find out more about what he’s up to now, shall we?

Who Is Elliot Walker?

Elliot Walker is a British Sculptor and Maker who discovered the world of glass art after graduating from Bangor University in Wales with a degree in psychology. Touted as one of the United Kingdom’s finest rising glass stars, he is someone who has, in his 12 years of experience, become one of the most active and inspiring artists of his generation. His primary medium is molten glass, and according to his bio, he developed his basic skills and necessary foundations as a creator by studying glass-making in the Stourbridge Glass Quarter, a historic place that has been associated with the glass industry for more than 400 years. 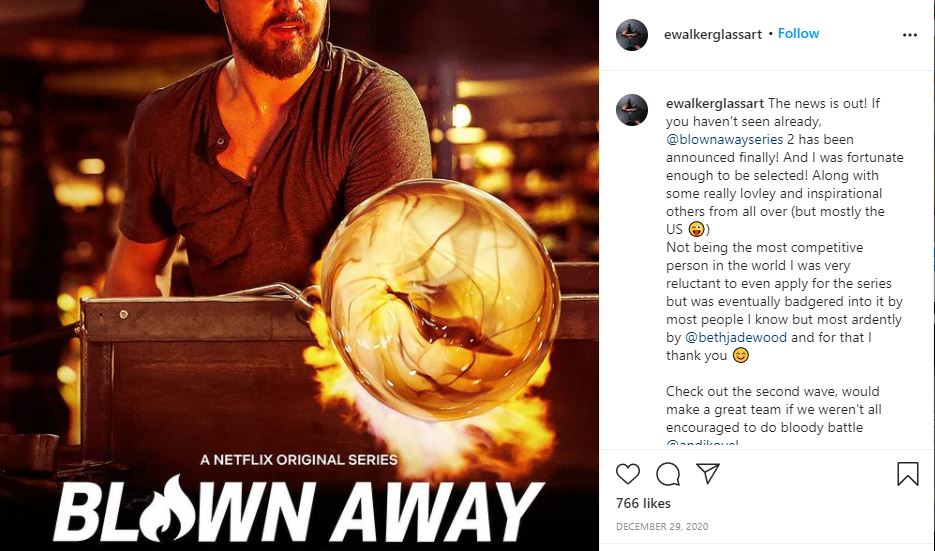 According to his Instagram profile, landing a spot on ‘Blown Away’ was not something that Elliot had ever dreamed of, especially as he is not really a competitive person. However, even though he was reluctant to apply, his friends and family, especially Bethany Wood, his glass assistant and studio partner, pushed him to do his best. Thus, not did Elliot get selected for the series, he ended up winning it – simply by overcoming his insecurities and letting his talent do the talking. Even Elliot’s installation for the finale, where he had to showcase who he is as an artist, revolved around this same concept. And it all paid off.

Where Is Elliot Walker Now?

For Elliot, getting to know his fellow contestants on ‘Blown Away’ and watching them work is what made his trip away from home worthwhile. “It showed me,” he said, “how welcoming and inspiring the global fraternity of furnace glass workers is.” Based in Hertfordshire, where he has his own space to work in with his sidekick Bethany (owner of Blowfish Glass), Elliot now facilitates a number of creations for several noted designers and artists. He worked for glass-blowing legend Peter Layton for about eight years as a part of his London studio team, so he has more than enough experience to do so. 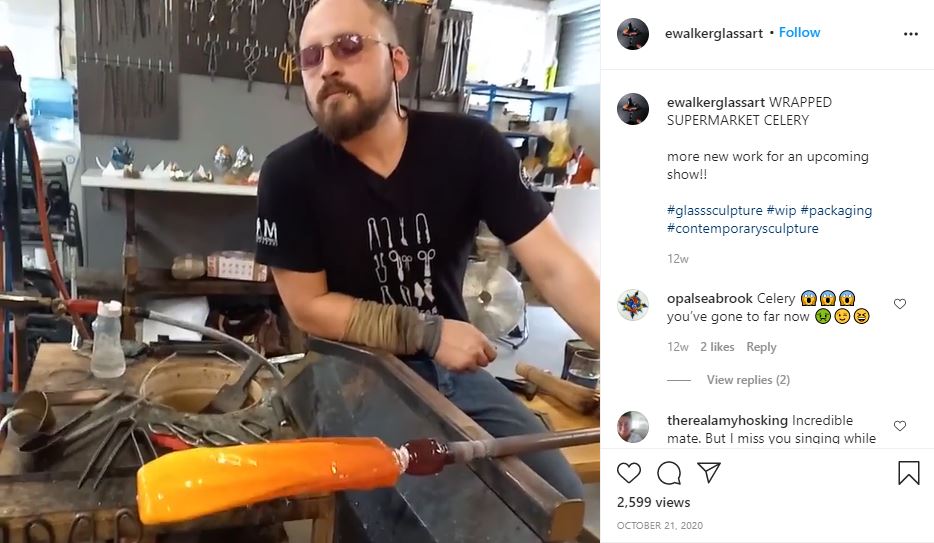 Elliot utilizes molten glass in such a way that he produces creations that have not only a luminous quality but also an eggshell delicacy, the way that it is supposed to be. Therefore, it is no surprise that he is in demand for lectures and seminars to teach other artisans how to master the craft as well. Apart from his promised artist residency at the Corning Museum of Glass, Elliot is apparently also a part of a group called Bandits of Glass, where the process of creation is given more importance than the final piece itself. Here, the norm is left behind so that conversations about right and wrong can take priority instead.