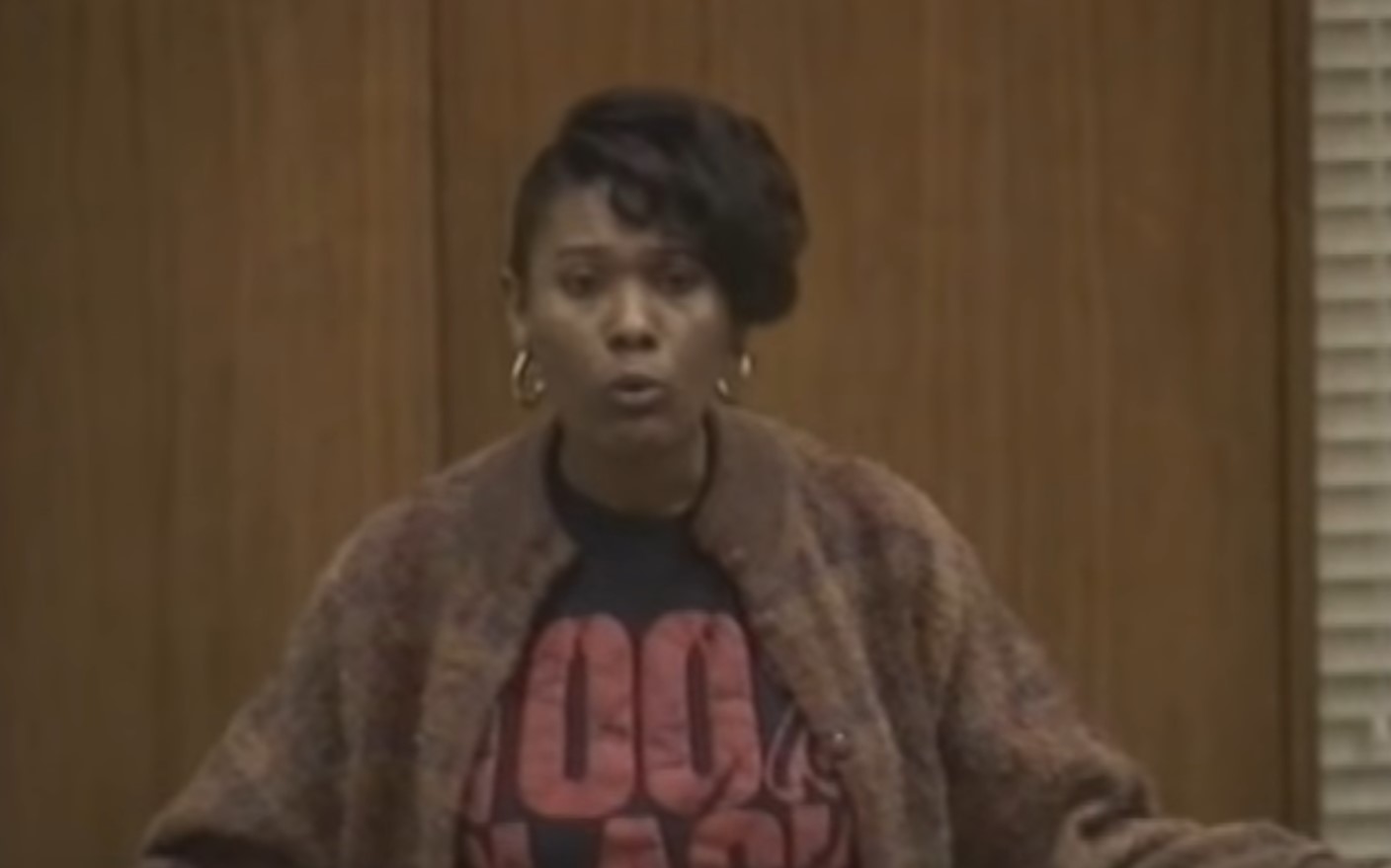 Netflix’s ‘Monster: The Jeffrey Dahmer Story‘ portrays how infamous serial killer and cannibal Jeffrey Dahmer was arrested after killing about 17 men and boys between 1978 and 1991. Several of his victims’ family members at his trial addressed the court and spoke about their heartbreak at losing a loved one. However, Rita Isbell, the sister of Errol Lindsey, took a different approach and couldn’t hold back in court. She had quite a volatile reaction and even charged toward Jeffrey and his lawyers at one point. Well, if you are intrigued to learn more, let’s find out where Rita is at present, shall we?

Who Is Rita Isbell?

Rita Isbell is the sister of Jeffrey Dahmer’s 11th victim, Errol Lindsey. The 19-year-old boy suffered terrible torture at the hands of the serial killer as he was the first victim on whom the serial killer tried his drilling technique. Since most of Jeffrey’s murders were committed out of a desire for complete control, he wanted to turn one of his victims into a mindless entity who would always stay in his control and have no will of their own. The drilling technique was a means to such an end as the merciless killer would drill a hole into the victim’s head before pouring in water or hydrochloric acid, hoping to put them in a vegetative state.

Jeffrey tried the procedure with Errol for the first time on April 7, 1991, but the 19-year-old regained consciousness and complained of a headache. That was when Jeffrey gave him quite a few sedatives before strangling him to death. Shockingly, the serial killer went on to flay Errol’s skin and even kept it with him for a few days. The rest of the teenager’s body was either dissolved in acid or pulverized, save for the skull, which Jeffrey kept in his possession.

When the police finally arrested Jeffrey on July 22, 1991, they found Errol’s skull in the apartment and identified the victim through dental records. Naturally, like the family members of the other victims, the 19-year-old’s loved ones were heartbroken by the news yet were determined to attend Jeffrey’s trial and help send the killer to prison. Similarly, Rita Isbell was devastated as she loved her brother and missed him terribly. The family tried their best to locate Errol after he went missing but to no avail.

Nevertheless, Rita decided to speak at Jeffrey’s trial and hoped that people would get to see the truth about the killer. While at the courthouse, she noticed how the victims’ families spoke in soft tones with lowered gazes and teary eyes. Moreover, people generally did not look the killer in the eye or address him directly. Albeit, Rita was determined to take a different approach and spoke to Jeffrey directly.

Rita started strong by saying she did not want her mother to face such heartbreak again, yet became increasingly enraged as she spoke to the serial killer. At one point, she began shouting at him and addressed him as Satan, among other expletives. Although, once her anger reached the boiling point, Rita charged toward the table where Jeffrey was seated with his lawyers and even lunged at him before being restrained and escorted out by orderlies.

Where Is Rita Isbell Now?

Immediately after her outburst, Rita Isbell spoke to Associated Press about her address and said, ″They [other families] all had to just sit there and hold it in. What he saw out of me … is what Errol would have done. The only difference is Errol would have leaped over that table.″ Furthermore, she claimed that she wanted her brother’s murderer to know what “out of control” was. Interestingly, after Jeffrey’s death in November 1994, Rita revealed that following his incarceration, she often received anonymous phone calls from prisoners who promised her they would “take care” of him.

Later, Rita appeared in the 2001 documentary ‘Serial Killers: The Real Life Hannibal Lecters’ to speak about her experience. Since then, she has remained below the radar and refrained from commenting on the recent Netflix show. Regardless, her family seems angry about the show because they claim it is retraumatizing for the victim’s loved ones.

Read More: How Many Victims Did Jeffrey Dahmer Eat? Was He A Cannibal?