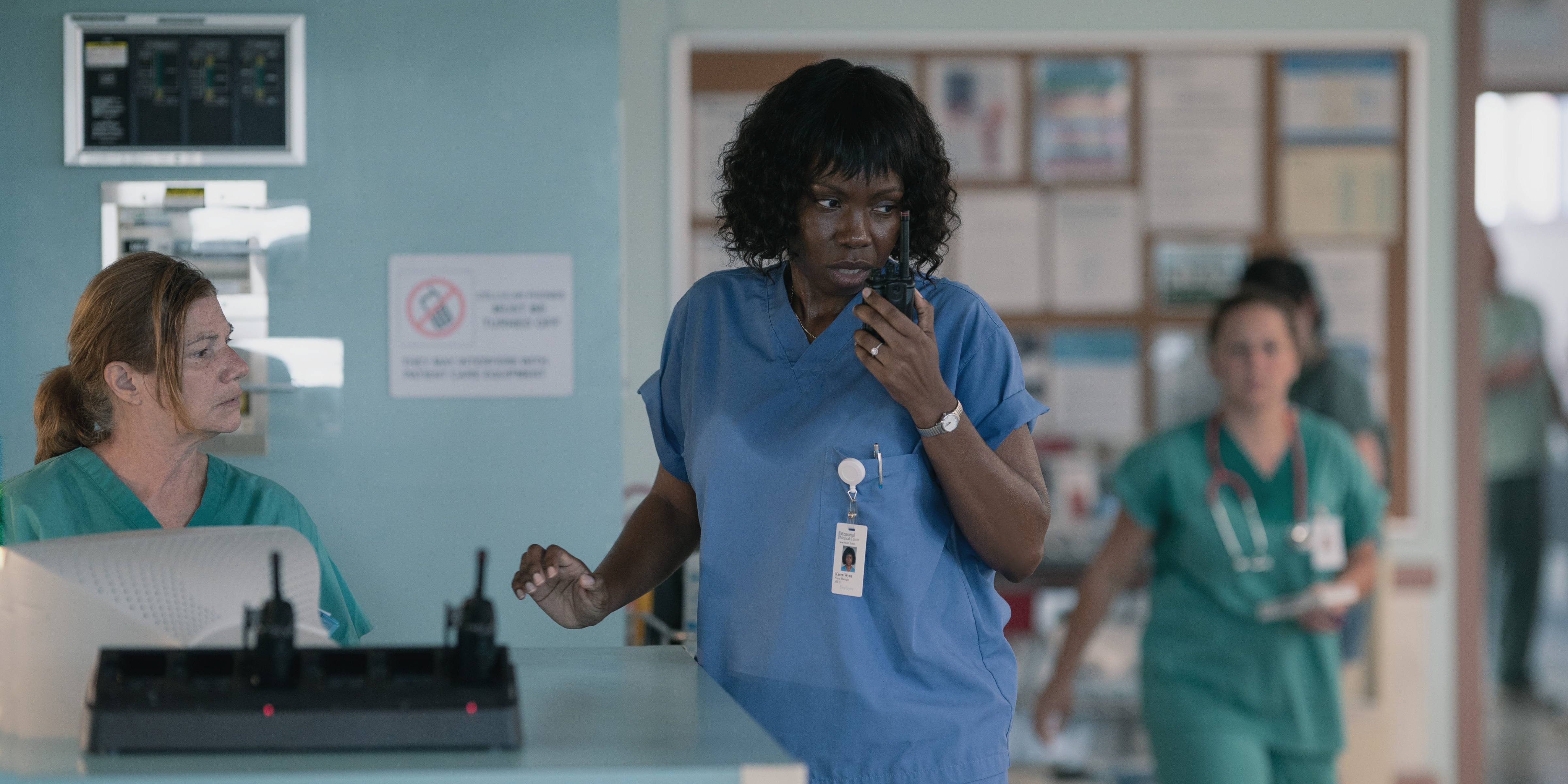 Apple TV+’s medical drama ‘Five Days at Memorial’ centers around the discovery of 45 dead bodies in Memorial Medical Center after the onset of Hurricane Katrina and the subsequent flood. The series progresses through the depiction of the five days the hospital building gets isolated due to the flood, with thousands stuck in the two hospitals, Memorial and LifeCare, that operate in the building.

Even though hundreds of patients get stuck in the building without necessities, electricity, and air conditioning, several doctors and nurses try their best to make them comfortable, including Karen Wynn. The nurse leads the operation of a section of the hospital, making the viewers wonder whether she is based on a real-life individual. Well, here’s everything we know about the same!

Is Karen Wynn Based on a Real Memorial Nurse?

Yes, Karen Wynn is based on the eponymous nurse who worked at Memorial Medical Center at the time of Hurricane Katrina and the subsequent flood as the nurse manager of the ICUs and the head of the hospital ethics committee. While several patients in the hospital building were suffering from pain, the doctors working at Memorial started to consider giving them morphine and a sedative named midazolam. As per Sheri Fink’s eponymous book, which serves as the show’s source material, pulmonologist John Thiele sought the permission of Karen Wynn before administering the drugs.

Wynn believed that they “needed” to medicate the patients. At the time, she heard rumors that patients were getting euthanized at the building, seemingly with lethal doses of drugs that included morphine. However, nobody with authority had informed her firsthand that euthanizing was happening at the place. As per Fink’s book, Wynn aimed to “make patients comfortable by sedating them.” Wynn herself added morphine and midazolam into an elderly woman’s IV line; the latter died shortly.

In an interview with Sheri Fink, Wynn said the staff could only offer “comfort, peace and dignity” to the patients, seemingly with drugs. Wynn made it clear to Fink that administering those drugs was a necessity. “We did the best we could do. It was the right thing to do under the circumstances,” the nurse said to the author, as per the book. As far as the controversy of euthanasia — with regard to several of the discovered dead bodies — is concerned, Wynn had also made her stance clear with Fink.

“But even if it had been euthanasia, it’s not something we don’t really do every day — it just goes under a different name,” Wynn told Fink. She also joined Thiele, Dr. Anna Pou, and several other nurses to cover and carry the bodies of the dead into the chapel in the hospital, filling the room. The nurse was eventually evacuated from the building in a helicopter, which took her to Louis Armstrong New Orleans International Airport.

Where is Karen Wynn Now?

As per sources, Karen Wynn is currently working as the chemotherapy infusion center manager at The Gayle and Tom Benson Cancer Center, located in Ochsner Hospital for Children, Jefferson, Louisiana. The center and hospital are owned by Ochsner Health System, the company that bought Memorial Medical Center from Tenet Healthcare to reopen as Ochsner Baptist Medical Center. Even though Wynn’s colleague, doctor Anna Pou was earlier charged with four counts of second-degree murder, she was not called to testify before the grand jury like her other colleagues were contacted.

After the discovery of the dead bodies in Memorial, Wynn had intentionally stayed away from the spotlight and never talked to the media about her experiences until Sheri Fink contacted her. The nurse spoke to the author of the show’s source material for multiple interviews in 2008. Wynn has also chosen to keep her personal life away from the public eyes and doesn’t maintain a social media presence as well. She is currently based in Mandeville, a city in St. Tammany Parish, Louisiana.