With Netflix’s ‘Untold: Operation Flagrant Foul’ delving deep into the way NBA referee Tim Donaghy gambled on his own games for years, we get a true insight into this entire astounding scandal. That’s because it features not just the accounts of those directly involved as well as law enforcement officials but also archival footage to really explore whether he even fixed the matches or not. So now that it’s been a while since the matter came to a close — following his cooperation, federal conviction, and sentence completion — let’s find out more about his current standing, shall we?

Who is Tim Donaghy?

As Timothy “Tim” Donaghy grew up in sports-loving Pennsylvania with a successful college basketball referee for a father, he knew from an early age he wished to be a part of the industry as well. It’s why he worked hard throughout high school (1985) as well as university (1989), only to quickly achieve his goal of falling under the National Basketball Association’s (NBA’s) intense radar. In fact, he was hired as a Continental Basketball Association (CBA) officiator the same year he attended his first camp, where he spent seven seasons honing his skills through first-hand experience. 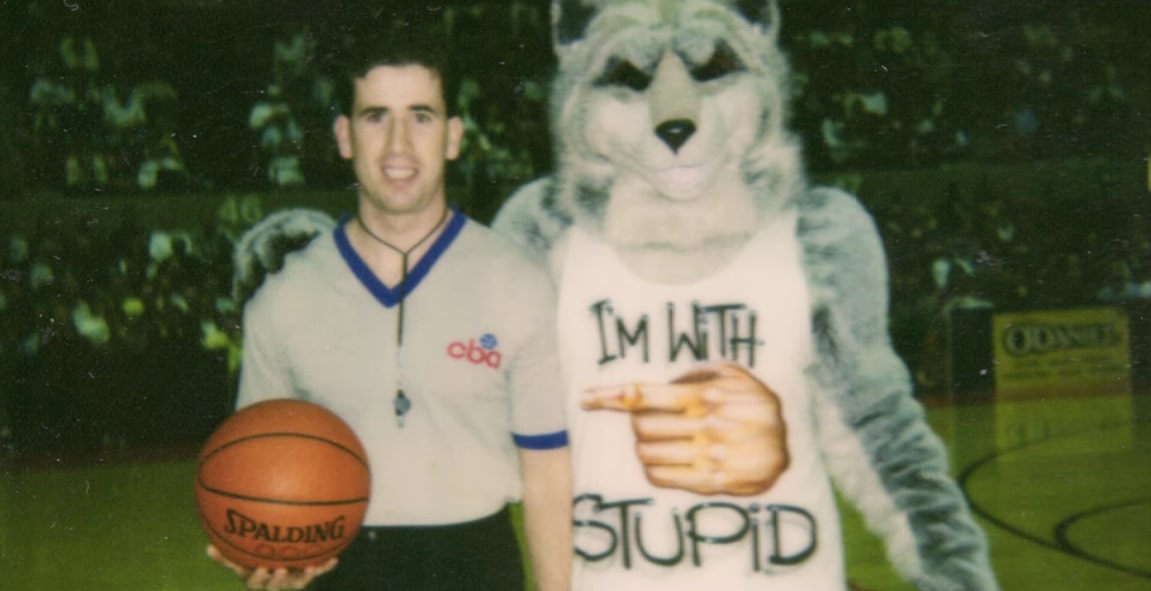 Tim was thus able to land a spot within the renowned nationwide league in 1994, just to gradually rise the ranks while supposedly inadvertently letting his gambling problem spiral out of control. The truth is he’d been betting well before he even joined the NBA, whether on the golf course or in card games, yet it soon extended into his own matches owing to his true insider knowledge. However, the former official has always maintained he never fixed anything — he just played the odds — but his invested interests might’ve subconsciously driven him to influence the outcomes.

It’s also imperative to note that despite the resources devoted to monitoring the referees’ performances, the NBA ostensibly had no clue of Tim’s illicit activities until the FBI came around in 2007. According to his narrative in the documentary, though, the league’s business model itself leads officials to make calls that prolong playoffs, promote star athletes, and protect lucrative franchises. The FBI did investigate all of Tim’s allegations since he’d willingly surrendered in the summer of 2007 and was completely cooperative, but they reportedly found no evidence to support them.

Where is Tim Donaghy Now?

The last time Tim was on a professional basketball court was before the probe into him for the 2005-06 and 2006-07 seasons got leaked to the press, leading to his resignation on July 9, 2007. He then pleaded guilty to one count each of conspiracy to engage in wire fraud as well as transmitting wagering information through interstate commerce in connection to the betting on August 15. Therefore, in 2008, he was sentenced to 15 months in a federal facility in Pensacola, Florida, along with an order to pay a $500,000 fine and at least $30,000 in restitution to the government.

Tim was released from prison under the stipulation of three years of probation on November 4, 2009, meaning he only became a free man in every sense of the term in 2012. From what we can tell, he has since managed to establish a good life for himself again, yet it has mostly been through embracing his past with open arms — albeit he admits he regrets his actions.

“I think I’d be lying if I said I wish I wasn’t still running up and down the floor with the greatest athletes in the world,” the Sarasota, Florida resident candidly admitted in the Netflix original. “A lot of these guys that I officiated with, I felt like they were great friends, and it is difficult knowing it’s something I kind of threw away. You know, you wish you were still there.”

Tim actually published a memoir entitled ‘Blowing the Whistle: The Culture of Fraud in the NBA’ while behind bars, and then he established a now-defunct betting website called RefPicks (2013). The disgraced official has even evolved into a public speaker to share not just his sporting expertise and gambling endeavors but also the way the latter crumbled him apart.

As if that’s not enough, Tim worked in a gambling treatment center as well before taking up the opportunity to referee a professional wrestling match for Major League Wrestling (MLW) in 2021. The father of four may return here someday since his stint was reportedly well received, yet until then, he primarily continues to make a living as a landlord thanks to real estate investments.

“I certainly am not shying away from the fact that I made some mistakes and I made some poor choices,” Tim once told the Tampa Bay Times. “It is what it is, and unfortunately, I have to live with it… The whole situation is close to probably 10 years behind me now. I’m fortunate that I have a good family and good friends that have supported me. Things couldn’t be better.”