As a documentary that explores the 2007 NBA scandal wherein referee Tim Donaghy was found to have been betting on his own games, ‘Untold: Operation Flagrant Foul’ is unlike any other. That’s because this Netflix original offers an inside look into the entire baffling matter through first-hand (albeit sometimes varying) accounts of those either directly or indirectly interconnected. Amongst them is the now disgraced officiant’s then-wife Kimberly “Kim” Strupp Donaghy — so if you wish to learn more about her and her current standing, we’ve got all the key details for you.

Who is Kim Strupp Donaghy?

It was back around the early 1990s when Kim first came across Tim as he stepped aboard an early morning flight from Moline, Illinois, to Chicago, Illinois, that she just happened to be attending. “He was cute and cocky as all get-out,” she recalled in the Netflix original, “and he said, ‘I’m going to sit right by you.’ I said, ‘No, you’re not. You’re gonna sit in your seat.’ And he sat right by me — so he just instantly made me laugh, and he made me laugh all the way.” They thus began a blissful romance, only to tie the knot (elope) in 1995 — it was just the two of them on a beach. 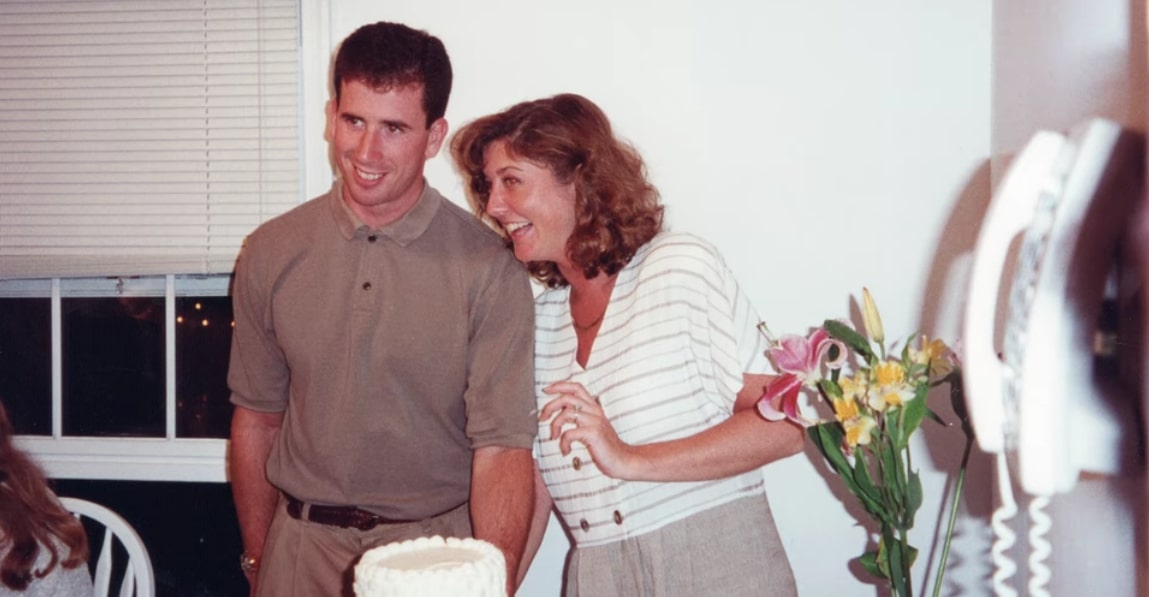 Tim had already made it from the CBA to the NBA by the time they got married, yet the flight attendant continued to do everything she could to support him owing to his steady high ambitions. However, as per Kim’s narrative in the production, her husband’s whole demeanor was of utter confidence once he was hired as a national league referee, and his behavior eventually changed as well. She realized he’d started gambling despite there being a rule asserting he couldn’t, driving her to urge him to be careful because if he went down, he’d take their whole family with him.

After all, the couple had gradually welcomed four beautiful daughters into their lives; Meghan Joan Donaghy, Shannon Pamela Donaghy, Bridget Leone Donaghy, and Molly Donaghy. They had everything they could hope for while residing in a gated community, considering the fact Tim earned well from his salary, had the betting scheme going on, and genuinely cared for them. But shortly after the scandal broke through, Kim not only moved out but also filed for divorce — the press frenzy at their front door seemingly (understandably) wasn’t something she wished to handle.

Where is Kim Strupp Donaghy Now?

From what we can tell, even though Kim and Tim parted ways for good around 2007, they remain on pretty amicable terms due to the past they shared as well as their kind, loving daughters. As for her individual standing, she has since evolved into an independent provider in every sense of the term because she earned her Bachelor’s of Business Administration degree while serving as an Executive Assistant. Therefore, today, at the age of 55, it appears as if the Bradenton, Florida resident has moved on to work as the Concierge at The Sheridan in Lakewood Ranch.

Kim’s relationship status is a little unclear at the moment, yet her social media platforms make it clear that she has a great support system in her family. Whether it be her parents, her sibling, her daughters, or even her extended relatives, the bubbly Illinois native is extremely close to every single one of them. In other words, whatever the case may be when it comes to her private life, she seems perfectly content, which is all that matters.