Where Is George Covington From Too Large Today? 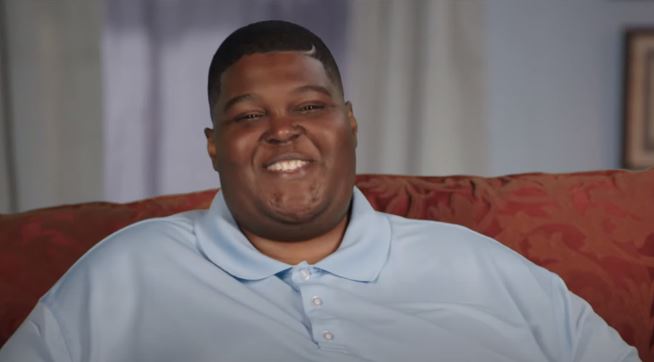 Too Large is a reality docu-series on TLC that features morbidly obese individuals weighing above 500 pounds, who set out to reduce their extra kilos and become fitter. Mentoring them is renowned bariatric surgeon Dr. Charles Procter, who prescribes them the correct diet and fitness measures as well as helps them in making healthier tweaks to their lifestyles. This allows them to get approved for surgical procedures, which helps reduce their health risks. The series also tracks their weight-loss journey and follows up with them after the show to see their further progress.

Dr. Procter closely examines each participant’s medical history and creates tailor-made routines for them to tackle obesity. The first season of the show featured six such stories, George Covington’s being one of them. He came on season 1 Episode 3, weighing 680 pounds, and had a strong determination to bring about a change in his life. If you wish to know George’s current situation, we’ve got you covered.

Kindergarten teacher George Covington battled food addiction and severe weight troubles for a very long time. Though he loved to teach and was usually jolly at work, his physical appearance eventually got the better of him. George was barely being able to walk ten steps without a break on a job that requires one to be constantly on their toes around young kids. Things became worse when one of his student’s parents went and raised a concern with the school Principal, saying, “What if he (George) falls on the kids?”

George faced body image issues since childhood. In his words, “My whole life, I’ve always been big. I can remember being put on diets as young as preschool, even in elementary and middle school. Nobody called me George. Everyone just described me as ‘that big guy.’ So, I was always defined by my size.” People’s comments damaged George’s confidence and he took to finding a defense mechanism in food. He became reclusive and it started impacting his mental health, which is when he decided to change the course of his life and approach Dr. Procter.

This kind-hearted teacher aimed at losing weight and getting back in shape to win back his ex-girlfriend, as well as being able to physically involve himself better with his beloved little students. Thus, he came to the show and decided to do whatever it took to accomplish the goal of losing a minimum of 70 pounds in three months. Over time, he not just surpassed his goal but fell in love with himself.

Where Is George Covington Now?

George’s sheer willpower and hard work yielded massive results, and he had an amazing transformation. By June 2021, he had been able to reach 528 pounds, and as of July 2021, his total weight loss is 200+ pounds and counting! Currently, he is still working on himself and continuing successfully on the path of fitness. George has gained newfound confidence with his transformation and frequently posts about his daily activities on his social media profile. He is back to doing what he loves — that is, teaching — and frequently uploads pictures with his cute students like this one from Halloween 2021.

Being a basketball fan, George enjoys visiting basketball games with Dr. Procter, with whom he’s still in touch. He also loves experimenting with clothes and has used his passion for fashion to launch his own line of plus-sized apparel called FatBoy Lifestyle. 46-year old George’s story is proof that with self-discipline and a zest for life, anybody can become the best version of themselves. He is still a work in progress and hopes to make an impact on his students and those who struggle like him. Here’s hoping for the best for George and wishing him luck for all his future endeavors.

Read More: Where is Corey Phelps From Too Large Now?