As a short documentary that genuinely lives up to its title, Netflix’s ‘The Dreamlife of Georgie Stone’ can only be described as equal parts gripping, enlightening, heartening, as well as inspiring. That’s because it carefully incorporates footage spanning the initial 19 years of Georgie Stone’s life to thoroughly explore her intricate journey from child to teen activist to an actress. But for now, if you wish to learn more about the titular trans youngster’s unwaveringly supportive mother, Rebekah Sarah Robertson — with a specific focus on her current standing — we have got you covered.

Who is Rebekah Robertson?

Although born in England on July 4, 1967, Rebekah Sarah Robertson actually grew up in Hobart, Tasmania, alongside her four sisters before eventually relocating to Melbourne, Australia, around the mid-1990s. The truth is she’d already established herself as an actress by this point, especially with features in a few television shows and prominent roles in several theatre plays starting from 1988. Therefore, it was no surprise that she was able to quickly build a career Down Under as well, just to then meet fellow actor Greg Stone during a 1995 ‘Lady Windermere’s Fan’ stage production. 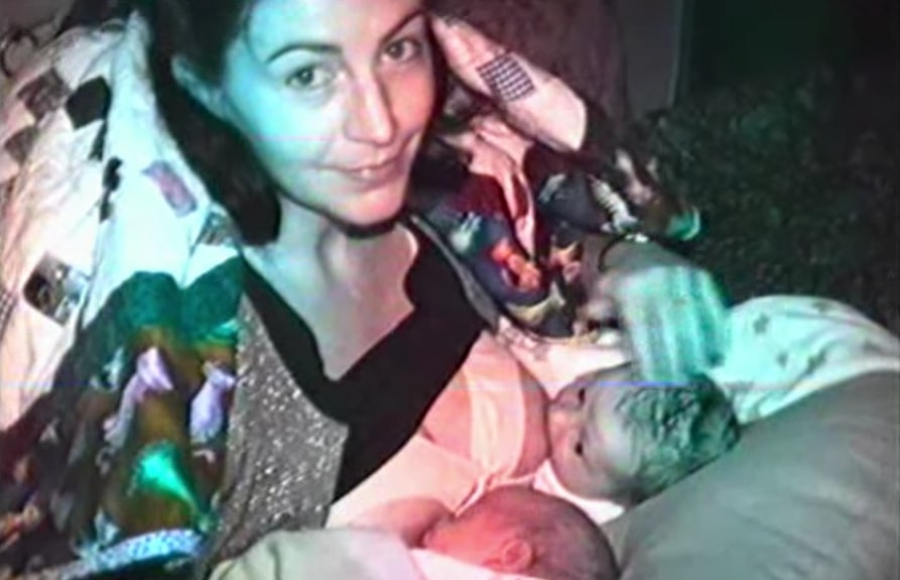 Rebekah and Greg soon fell in love, tied the knot, and welcomed an adorable set of twins into their lives (in May 2000; both assigned boys at birth), only for things to shift a little as the years passed. “Georgie was 2½ when she first told me she should be a girl,” Rebekah revealed in an interview with The Sydney Morning Herald prior to indicating she herself was not just isolated but also accused of child abuse merely for standing by her reality. “It was so lonely,” she continued. “And if it was lonely for me, imagine how it was for her.”

Rebekah did her best to help her daughter in every way imaginable, beginning with understanding her situation, backing her up at every given moment, and getting her specialized care. Then, whether it be going through the Family Court to ensure Georgie receives approval for the necessary hormonal treatments or challenging the laws that push this route, she did it all. Rebekah essentially taught Georgie not to make herself smaller for anybody, which the latter admits saved her life. “Having Mum on my side was everything,” Georgie stated in the same interview. “I wouldn’t be alive without her.”

Where is Rebekah Robertson Today?

To this day, Rebekah Robertson vehemently maintains she will “never have Georgie in a position where she’s expected to abandon herself for the benefit or comfort of any system, any corporation, any government.” This sentiment seemingly extends to her son/Georgie’s twin Harry and every other child of this world as well, yet she’s an advocate for trans, gender-diverse, and non-binary kids, in particular. In other words, Victoria-based Rebekah is now an actress, an author, and an active activist.

It was back in 2012 that Rebekah founded Transcend as a parent-led peer support group, but today it has evolved into a non-profit organization working for the betterment of those like her daughter. This charity institution partners with several community associations to promote programs that help trans, gender-diverse, and non-binary children reach their full potential while embracing them as they are.

We should mention the voice artist, as well as the 2019 Straight Ally of the Year (by GLOBE Community Awards), has also penned a memoir based on all these experiences. ‘About a Girl: A Mother’s Powerful Story of Raising Her Transgender Child’ was originally published in September 2019, and it remains one of Rebekah’s most notable materialistic achievements. On the personal front, she and Greg separated nearly a decade ago, but they still share an amicable relationship.

Read More: What is Georgie Stone’s Net Worth?