Where Is Hallmark’s Curious Caterer: Dying for Chocolate Filmed? Who Is In The Cast? 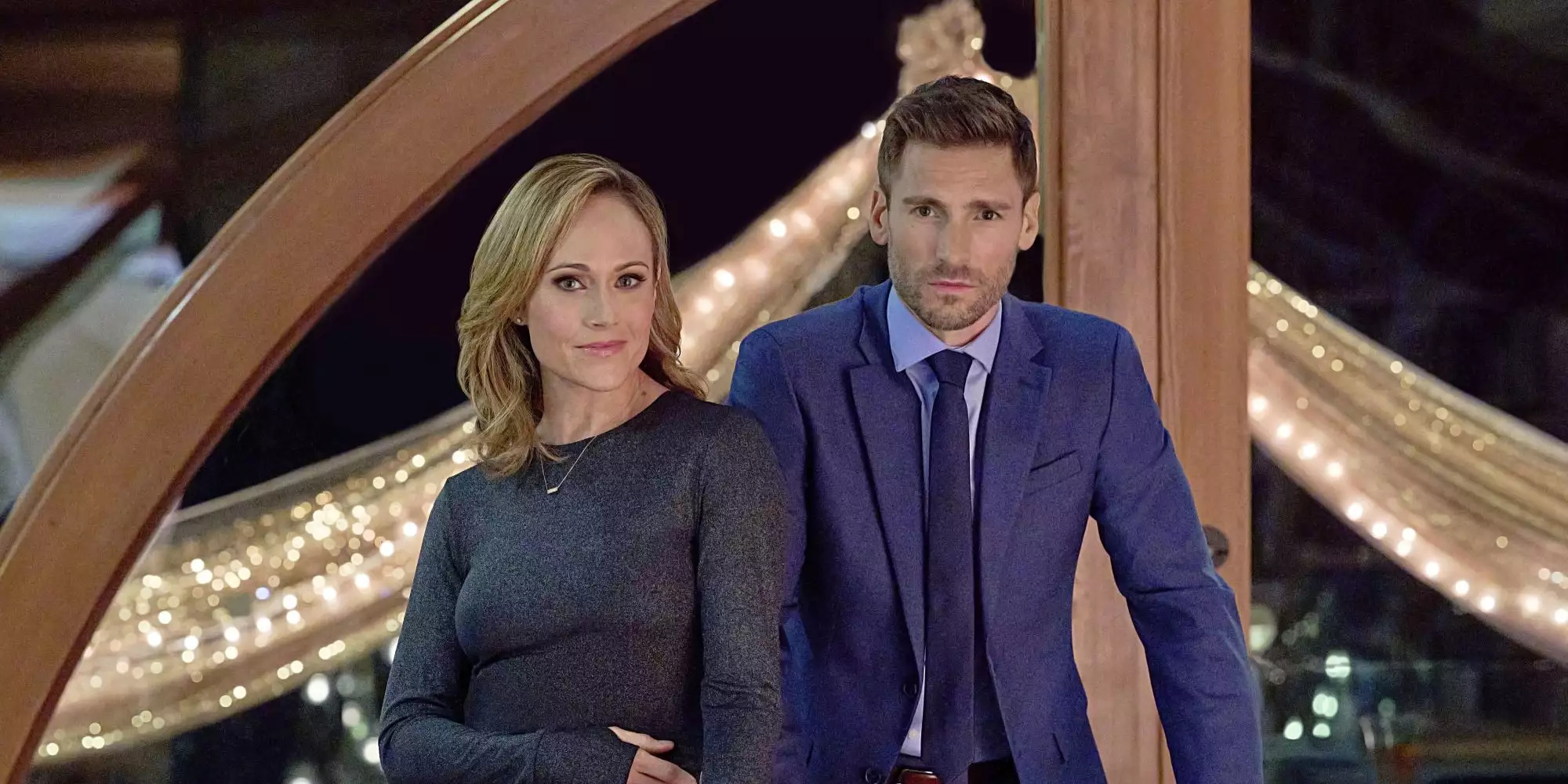 Veteran cinematographer Anthony C. Metchie treated the Hallmarkies to some chocolaty mystery when he marked his directorial debut with Hallmark’s original Curious Caterer: Dying for Chocolate.’ The story of the mystery thriller film follows Goldy, a spirited single mother in a small town who excels at winning people’s hearts by baking. Due to her famous bakery, Goldy has all the secrets of the township in her bag. Therefore, when the city sleuth Tom Schultz arrives in town to solve a mind-boggling case, Goldy jumps on the occasion to sharpen her deductive instincts.

Together, the unlikely duo dips into the harrowing mystery, which would unearth some nasty truths about some of the townsfolk. The movie takes place in a beguiling small-town setting, weaving a perfect foggy ambiance for the fish-out-of-water detective. Thus, it is natural for many to wonder where the movie was filmed. Now, you may also be eager to meet the cast, but before we get into the details about the stars, let us unfold the filming map for you!

‘Curious Caterer: Dying for Chocolate’ was filmed in its entirety in and around Canada, especially in British Columbia. Filming commenced at the beginning of 2022, wrapping up by February 19 of the same year. To attain the enticing small-town ambiance of the movie, the director and the crew filmed all of the scenes in the Canadian province. The province of British Columbia features lush greenery, towering mountains, urban landscapes, and, lastly, stretches of the coastal plain to lure producers and filmmakers to the region.

Due to the availability of skilled crew members, support of the locals, and excellent production facilities, the filming process becomes simplified to a great extent. Moreover, the provincial governments feature tax incentives to attract global movie production projects, which becomes a lucrative deal, coupled with the highly favorable exchange rate. Let us now take you to the specific locations where the filming took place.

Almost all of the filming took place in Vancouver, the iconic seaport metropolis of British Columbia. The cast and crew toured around the city, capturing several exterior scenes on nocturnal streets. Some filming also probably took place in the comfort of a studio. Due to its geographical location, Vancouver has established itself as an essential financial and commercial center. Moreover, its proximity to Hollywood makes it one of the busiest cinematic production hubs in the world. Due to the ease of filmmaking, many Hallmark and Lifetime movies, alongside other blockbuster productions, are filmed in Vancouver.

The central district houses thriving music, art, theatre scenes, cafes, boutique hotels, and pubs. If you are a fan of seafood, the port city is famous for being “the sushi capital of North America,” aided by the fresh produce from the sea. If you consider yourself an artsy person, Vancouver Art Gallery holds quite a few surprises for your beholding. On the other hand, those seeking to sample the scenic beauty should head to VanDusen Botanical Garden, Queen Elizabeth Park, and Stanley Park.

The cast ensemble of ‘Curious Caterer Dying for Chocolate’ features several known faces from the industry, including a few Hallmark veterans. Andrew W. Walker takes up the male lead role as Detective Tom Schultz against Nikki DeLoach as Goldy. You may have seen Walker in a slew of television movies, including ‘The 27-Hour Day,’ wherein he essays the character of Jack West.

On the other hand, Nikki DeLoach is a regular name with multiple credits in her bag, including ‘Love & Other Drugs’ and ‘Longshot.’ Walker and DeLoach are also a fan-favorite Hallmark couple, working together in titles like ‘Sweet Autumn,’ ‘A Dream of Christmas,’ and ‘The Perfect Catch.’ Among the supporting cast, we see Erin Boyes as Dr. Laura Smiley, Jaycie Dotin as Marla Maguire, Jason Tremblay as Archie Dennison, and Antonio Cayonne as Brad Bowman.