Where is Jaclyn Hayes Now?

Investigation Discovery’s ‘Hillsong: A Megachurch Exposed’ charts the eponymous church’s growth from the suburbs of Sydney, Australia, to having churches on six continents. In 2010, Hillsong set up its first church in the United States in New York with Carl Lentz as the pastor.

While the church’s popularity soared, it was also enveloped in controversy after Carl’s admission of infidelity. The docuseries further examines Carl’s life and his early experiences as a youth pastor at a church in Virginia. Jaclyn Hayes, a former member of that church, shared her stories from back then and her interactions with Carl. So, let’s find out more about her then, shall we?

Who is Jaclyn Hayes?

Jaclyn is a Crownsville, Maryland, native who was part of Wave Church in Virginia Beach, Virginia, from 2003 to 2020. She had joined the church when she was just 17 years old. On the show, Jaclyn stated that she liked being there quite a lot initially; it didn’t feel superficial. Wave Church and Hillsong had similar worship styles, and before Carl became the “hipster pastor” with Hillsong, he served as a youth pastor at Wave Church with his wife. 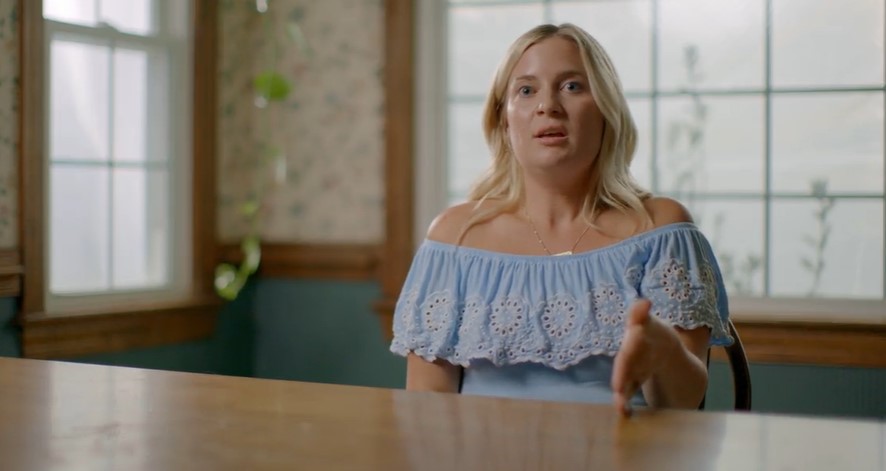 From the beginning, Carl placed an immense emphasis on purity; he preached abstinence and was strictly against premarital sex. For couples that were dating, he set up a lot of rules that included not kissing until completing a year together, not saying “I love you” until after a proposal, and of course, never having sex before marriage. However, there were rumors about Carl being a womanizer himself, directly contradicting what he preached.

Jaclyn said that when she had sex with her then-boyfriend, they were racked with guilt and told Carl about it. She remembered Carl’s reaction at the time. He asked them if they used protection. When they said yes, he replied that it was premeditated. Jaclyn was taken aback by this, saying, “I kind of expected a different response from him. I just went from sharing something so personal and . . . you’re using it to shame me and condemn me.”

Then, Carl asked them not to date, and Jaclyn broke up with her then-boyfriend. As per the show, she married another man after dating him for about three months, but that relationship ended after nearly eight years. Furthermore, an unidentified former Wave Church member claimed that Carl had tried to sleep with a friend of hers despite being against premarital sex.

Where is Jaclyn Hayes Now?

Jaclyn left Wave Church in 2020. The same year, Carl’s infidelity became public knowledge, and Jaclyn was irked upon learning of that, saying, “When all of this came out, I was really mad. It just makes you very angry that the same thing you were shamed with is the same thing that [he did]. It’s literally the definition of a hypocrite.” On the professional front, though, Jaclyn has been with Unveil hair salon since 2011, and it seems like she now owns it. She puts her extensive experience as a hairstylist to good use. Jaclyn still lives in Virginia Beach as part of a blended family with her partner and children.