Where is Janine Mueller From My 600 lb Life Now?

‘My 600-Lb Life‘ is full of inspiring stories about morbidly obese individuals who take up the challenge to change their habits and lead a healthy life. They are helped along in this humongous task by Dr. Younan Nowzaradan AKA Dr. Now, who develops personalized treatment plans for each and assists them to become eligible for weight loss surgery. Fans have been impressed by the reality stars’ strong will and determination and are thus, quite curious about their life after the show. Janine Mueller shared her story in season 6 of the show. Let’s find out where she is now, shall we?

Janine Mueller weighed over 600 pounds when the show first introduced her. She explained the issues she was facing due to her weight and mentioned that even a simple task like waking up in the morning was pretty painful as all her joints and body hurt immensely. Moreover, her movement was heavily affected as she had to use a scooter to travel from place to place. With unbearable pain that kept her from daily tasks, it seemed like she had reached her limit and was ready to turn her life around for good. 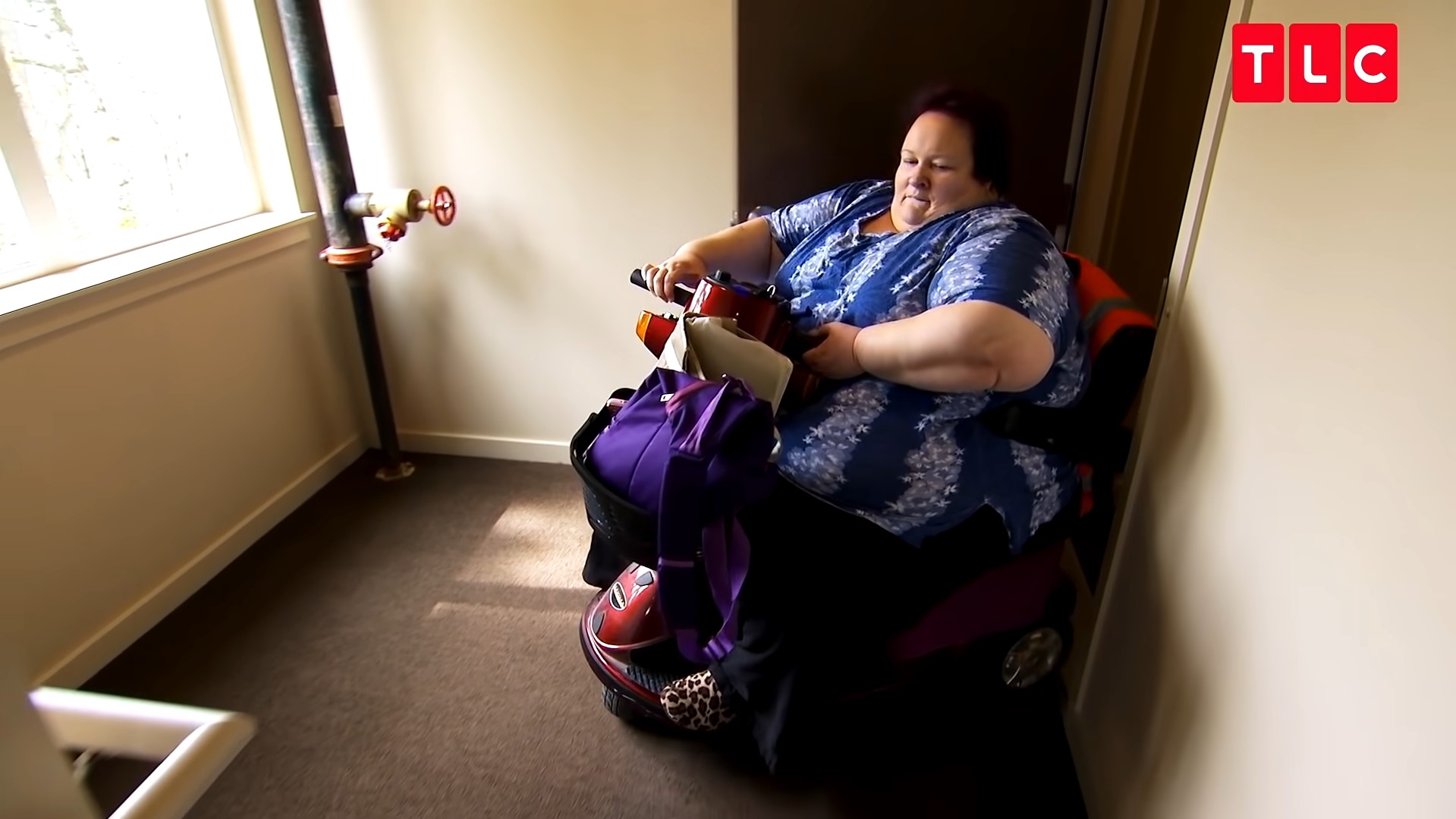 Once in Dr. Now’s clinic, she weighed a whopping 678 lbs and was nowhere near to being ready for the surgery. Dr. Now immediately put her on a customized diet and exercise plan that Janine began following to the tee. Fans appreciated her determination and hard work, and even though she faced numerous issues during her treatment, she met them head-on and conquered them. After diligently following Dr. Now’s routine, Janine returned to find that she was around the 566 lbs mark. Although her initial weight loss was quite impressive, it still did not get her ready for surgery.

Unwilling to give up, Janine relocated to Houston in order to work with Dr. Now more closely. She stuck to his customized plan and never once thought of backing down. Thankfully, her grit and hard work paid off as she was greenlighted for the surgery, which turned out to be a success. With the help of surgery, Janine managed to shed a total of 300+ lbs off her original body weight and was well on her way towards recovery.

Where Is Janine Mueller Now?

Janine Mueller is one of the show’s biggest success stories as she has adopted a healthy lifestyle and has undergone a tremendous transformation. Following her appearance on ‘My 600-Lb Life,’ Janine announced that she was sticking to Dr. Now’s plan even after the surgery and had plans to lose more weight. She also got back her mobility and began volunteering at the cat rescue center. Although she broke up with the man she was dating then, it’s heartwarming to observe Janine’s transformation and how she received happiness from the little things she was forced to keep away from before.

Additionally, she even went on a vacation during the Christmas holidays in 2019 and enjoyed her time in Las Vegas. As of today, Janine lives in Las Vegas, Nevada, and is employed as an Independent Sales Representative at Paparazzi Accessories. She seems to be enjoying her life at present and even shares periodic updates on social media to keep in touch with her fans. It is lovely to witness her living a healthy life, and we wish her the very best for the years to come.

Read More: Where Is Lacey Buckingham From My 600-Lb Life Now?