Where Is Jenn From Strip Down, Rise Up Now? 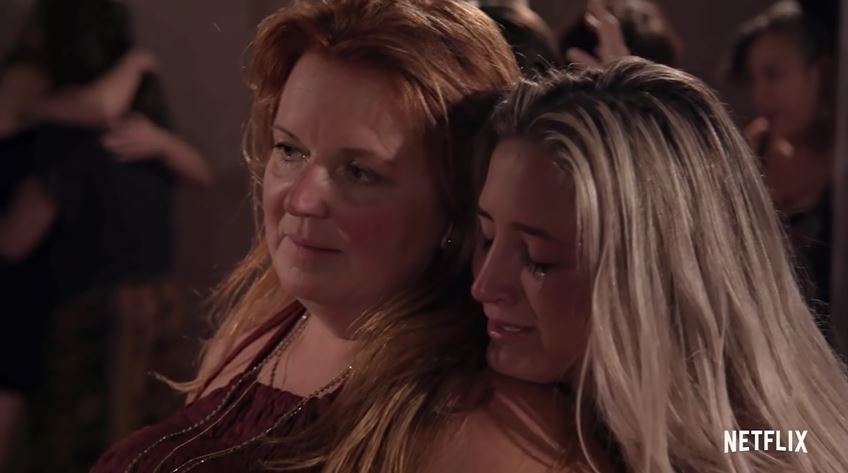 Netflix’s ‘Strip Down, Rise Up‘ is a surprisingly emotional documentary film that follows a group of women as they go on a six-month-long journey to reclaim their bodies and lives by indulging in a powerful pole dancing program. By taking the art form and turning it into a medium for confidence and self-evaluation, the S Factor Movement, founded by Sheila Kelley, is the one that turns all the tables. And while the students go through enormous breakthroughs in their course, the instructors, like Jennifer Hadjiyannis, go through the same process, highlighting how life is just a journey of constant growth.

Jennifer “Jenn” Hadjiyannis can simply be described as a woman who loves to move. As she mentions in the movie, she was just an S Factor student when Sheila came up to her and said she looked like someone who could teach. Thus began her long rollercoaster ride in the world of body movement and pole dancing. In her own words, Jennifer has been an angry individual since the age of 13, raging at any minor inconvenience that came her way. From that point on, combined with the fact that she was sexually assaulted as a high school student, her emotions took over her life, leading her to reach an unhealthy weight.

As a mother of two kids, a wife, and a working woman, Jennifer soon realized how important it was for her to shed some weight so as to lead a longer, healthier life. Not for her looks or for her own vain satisfaction, but to be a woman who could support and be there for her family when they needed her, she decided to face her trauma and lose 100 lbs. When asked about what he thought of her weight, Jennifer’s husband, Straty, just mentioned the health concern as well. Therefore, the master pole dance teacher set on a path to losing 14 lbs a month for seven months straight to reach her goal, shedding 35 lbs by the time filming ended.

Where Is Jennifer Hadjiyannis Now?

Jennifer “Jenn” Hadjiyannis seems to be doing really well for herself today. The former stylist is not only still a part of S Factor, but she is also a speaker, a life events producer, and the founder of WILDFEMLife – a platform established to collaborate with and elevate the work of women who have their own practices. Plus, even though it doesn’t look like she has publicly talked about her weight loss yet, it does appear as if Jennifer has continued on that journey to shed some more.

Talking about being a part of ‘Strip Down, Rise Up’ on her Facebook, the pole instructor recently wrote, “I was able to go back to places in my life, reclaim and celebrate how they shaped the woman I am today.” Then, Jennifer added, “I actually acknowledged a part of my past that owned my body…It had such a tight hold on me. I had no idea the unraveling that would happen during the filming of this documentary and post. I danced the battle. Moved it through me and felt its war inside me.”

“I continue to release, to move, and to celebrate this incredible body!” Jennifer continued. Jennifer also thanked her loving and supportive family – her husband Straty, her two kids, and her parents – for being on the “journey” with her, always by her side. “So healing on so many levels!” her post also says.