Where Is Jeremy Bamber Now? 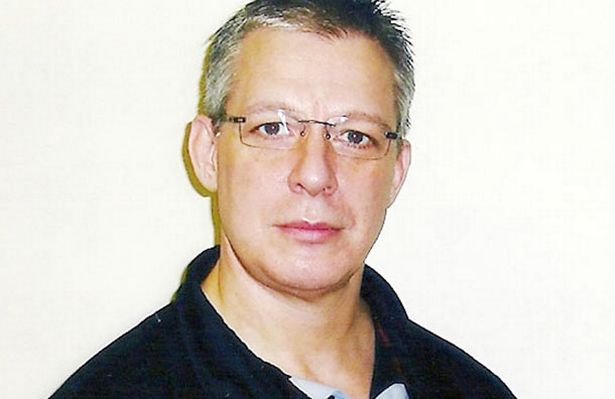 ‘The Murders at White House Farm’ is an incredible British drama true-crime series that revisits one of the most brutal murder cases in England’s history. On August 7, 1985, five members of a family were found dead at their farm in Essex, with Jeremy Bamber, the family’s 24-year-old adoptive son being the sole survivor. He revealed later on that he only lived because he was at his cottage, just a few miles away, at the time of the murders. At first, the detectives believed that Sheila Caffell, the family’s adoptive daughter, diagnosed with schizophrenia, had slaughtered them before killing herself. But then, they were redirected towards Jeremy and found that he, too, had motive.

Who Is Jeremy Bamber?

Born Jeremy Paul Marsham on January 13, 1961, Jeremy Bamber was adopted by Nevill and June Bamber when he was just six months old. For a few years, he lived a seemingly good life, going to school with his sister and living comfortably thanks to his financially stable family. But then, in September 1970, when Jeremy was 9-years-old and was sent to a boarding school in Holt, Norfolk, everything changed. Apparently, he was a victim of bullying and sexual assault there, and so he left it without any qualifications. He then went on to attend sixth-form college, after which his father, Nevill, paid for him to travel to Australia and New Zealand. There, Jeremy boasted about stealing expensive watches and smuggling heroin.

After he came back in 1982, he started to work on the farm for pay and was set up in a cottage nearby, rent-free. Nevill owned that property and also gave Jeremy a car and 80% of a family company. However, his relationship with his parents deteriorated soon after that. According to a few people, Jeremy provoked his parents by wearing make-up, riding in circles around them on a bicycle, and arguing with them time and time again. Allegedly, in the weeks before his family’s murder, the arguments had increased, and Nevill even went as far as to say that he foresaw a “shooting accident.” And then, on the night of August 6, the murders happened, with Jeremy being the one who called the police, at around 3:30 a.m., to alert them about the possibility of there being a firing.

Jeremy didn’t dial the emergency number, though – he called the nearby police station itself, telling them that he received a call from his father to say that his sister had “gone berserk” with a gun. Jeremy said that the line went dead in the middle of the conversation, and when he tried to call back, frantic, there was no activity. When asked about why he called the station, as it would have taken him longer to look up their particular number, he said he thought it would make a difference in the response time. But, in the middle of these two calls, Jeremy also phoned his girlfriend, Julie Mugford. Another strange aspect was that when he drove to the farmhouse a few minutes later, he took his time, pushing forward at a slower speed, very unlike his preferred fast drive.

Where Is Jeremy Bamber Today?

Following the murders, Jeremy Bamber began acting strangely. He appeared to be in shock and mourning at first, but as soon as his family’s wake came, he was joking and laughing with everyone around. Then, he began to sell their belongings and went on trips with his friends. It was only on September 7, 1985, a month after the murders, that Julie Mugford came forward. She told the police that Jeremy had been talking about killing his family for a while now. He was greedy for his inheritance, hated them, and so between July to October of 1984, spoke of getting “rid of them all.” Julie admitted that she even asked Jeremy if he killed them on the day their bodies were found, and he responded with no, but one of his friends did. With that, Jeremey and his friend were both arrested for murder. The latter, though, had a solid alibi.

When Jeremy’s case went to court in October of 1986, the main questions raised were related to the call and whether there was a silencer on the gun when Shelia allegedly killed herself. The telephone company kept no records of local calls so, Jeremy’s story could not be verified. A silencer having traces of Sheila’s blood was discovered in the farmhouse’s gun cupboard three days after the bodies were. And, the prosecution believed that it would have been impossible for Sheila to shoot herself and then remain alive for long enough to remove it and place it in the cabinet. They also said that her fingers wouldn’t reach the trigger with it still attached. Therefore, with Jeremy’s fingerprints being there on the rifle as well, he was found guilty and sentenced to five life terms in prison – one for each life he took.

Jeremy Bamber was ordered to serve a minimum of 25 years in prison before being eligible for parole, but in 1994, he was informed that he would never be released. The Court of Appeal upheld this decision in 2002. Therefore, at the age of 59, he is still behind bars at Her Majesty’s Prison Wakefield in Yorkshire. Although, to this day, Jeremy maintains his innocence and works towards proving it. In June 2020, his latest appeal to get ahold of documents that could clear his name was denied by the High Court, with the judge citing that they were unable to say that the prosecutors erred in law in refusing to make the disclosure in the first place.