Where Is Jessi Toronjo Now? 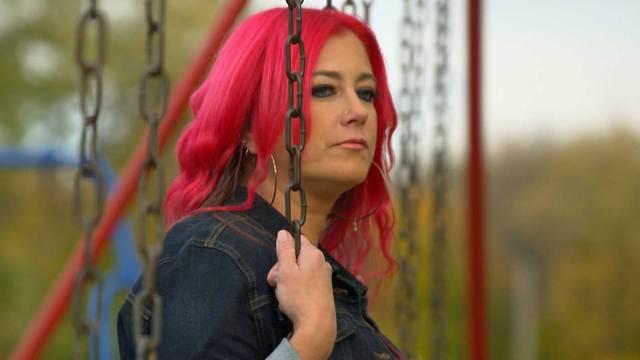 ’48 Hours Live to Tell: Murder on Prom Night’ is a CBS special that chronicles the story of the Pelley family murders, a heinous crime that transpired back in 1989. On April 30, the police discovered a quadruple murder in Lakeville, Indiana. Reverend Robert Pelley, his wife Dawn, and her two daughters, Janel and Jolene, were shot and killed at close range with a shotgun. The only reason why their bodies were even found is because people became worried when the family didn’t show up for services that morning. Not only that, but the special also focuses on how it impacted one of the surviving family members, Jessi Toronjo, and how she’s coped with her loss.

Who Is Jessi Toronjo?

Jessica Pelley (given name) was a mere child, just 9-years-old when she lost her entire family. She survived the killings on pure luck, or chance, as she had been away at a sleepover on the night of the murders. When she returned, she saw the police and discovered that she and her two older step-siblings were the only ones who remained. Jacque Pelley was out of town, and Jeff Pelley, 17, was at the LaVille High School senior prom. Instead of being able to find a place to live with her step-siblings, though, shortly after the family’s death, she moved to Michigan with some relatives. Relatives who made sure that she cut off all contact from the people she left behind in Indiana, including her friends.

Jessica’s life has in no way been easy. When she was a teenager, she ran away from said relations and lived life in the foster care system. She was plagued with survivor’s guilt and sorrow and felt as if no one wanted her in their lives. Dawn was Jessica’s mother and Bob was her step-father – she had already lost her biological dad years ago – and so, this new family, however it was, was the only thing she knew. In her mind, she thought that Bob had killed her mom and two sisters, and then killed himself. Jessica said that he wasn’t very kind to her and spanked her a lot, so, as a child, she thought he was capable of that. Thus, for years, that’s where she directed all her anger.

So, of course, 13 years later, when she discovered that it was actually her step-brother, Jeff, who had a role in the deaths, her world turned upside down again.

Where Is Jessi Toronjo Now?

When Jessica was legally an adult, she decided that it was time for her to move on, and so, she bought a home – a safe haven for her, and a place where she could feel like she belonged. A few years after that, she found a family as well. She met a guy named Tyson, who fell in love with her at first sight. Slowly but surely, they formed a connection and developed a relationship. They’ve been together ever since. When the pair got married, Jessica decided to legally change her name and become Jessi Toronjo – shortening her first name and taking her husbands’ last name. Her family kept growing as well, and now, she’s a proud mother of two kids: a son and a daughter.

In 2009, Jessi found another source of happiness as her childhood best friend found her on Facebook and messaged her saying that she’d been looking for her for ages. Even when Jessi thought that she had no one, she had Stephanie Fagan, a friend who had been wishing her well even from far away. Now, they are as close as two people can get. It’s been more than 30 years, but the legal proceedings of her family’s murder are still on-going, and along with that, so is her healing process. There have been times where she has even been suicidal, which only gets worse because of her dissociative identity disorder, but she’s trying her best to overcome her issues.

To tell her story and to maybe help others as well, Jessi has assisted her cousin, Jamie Collins, in writing a book entitled “I am Jessi[ca].” She does still have her bad days, but thanks to her family and support system, they’re not as often. From what we can tell, Jessi appears to be incredibly happy with where her life is right now. Despite all her loss, she is coping really well.