Netflix’s ‘Bad Vegan: Fame. Fraud. Fugitives.’ centers around Sarma Belngailis, the co-founder of Pure Food and Wine. The restaurant was one of the premier eateries after its inception in 2004, providing a fine-dining vegan experience. However, by 2014, the business was fraught with problems, ultimately leading to a shutdown. Jim Switzer, who used to work there as the operations manager, shared his experiences on the show. So, let’s find out more about him then, shall we?

Who is Jim Switzer?

Jim Switzer got a degree in psychology and marketing from Southern Methodist University, Texas, in 1991. After pursuing literature, Jim decided to put his marketing degree to use by working as an online marketing specialist for Coalmarch Productions for a little over three years. Then, he was hired as the operations manager at Pure Food and Wine in June 2010. By then, the restaurant was being run by Sarma, who seemed to be passionate about taking the restaurant to new heights.

Then, towards the end of 2011, Sarma began dating Anthony Strangis, who was known to everyone else as Shane Fox. On the show, Jim said that Anthony was introduced to him as a school friend of Sarma’s. While the company was doing well, with about $7 million of gross sales per year, things soon took a turn for the worse. In 2014, Jim learned that $90,000 of the business’ funds were transferred somewhere in New Hampshire, and Anthony was living there at the time.

Jim further stated that Anthony would come by and act like he was the boss when Sarma was away. Jim then confronted Sarma with the money transfer, saying that he felt like she was stealing from the employees; it became difficult to make payroll or pay outstanding bills. As per the show, Sarma told Jim that she could do whatever she pleased with that money, and in April 2014, Jim was fired.

Jim was then replaced by another employee who wasn’t well-versed with accounting. According to that person, Anthony had asked him to bring the restaurant’s cash receipts to a bank several times in 2014. However, the employee never saw Anthony deposit that money. While Jim moved on to work for a consulting company, Pure Food and Wine closed down temporarily in 2014. However, Sarma was able to rope in investors and start the business back up. The restaurant’s former employees, who were working for Jim’s firm, went back to Pure Food and Wine the second it reopened.

Where is Jim Switzer Now? 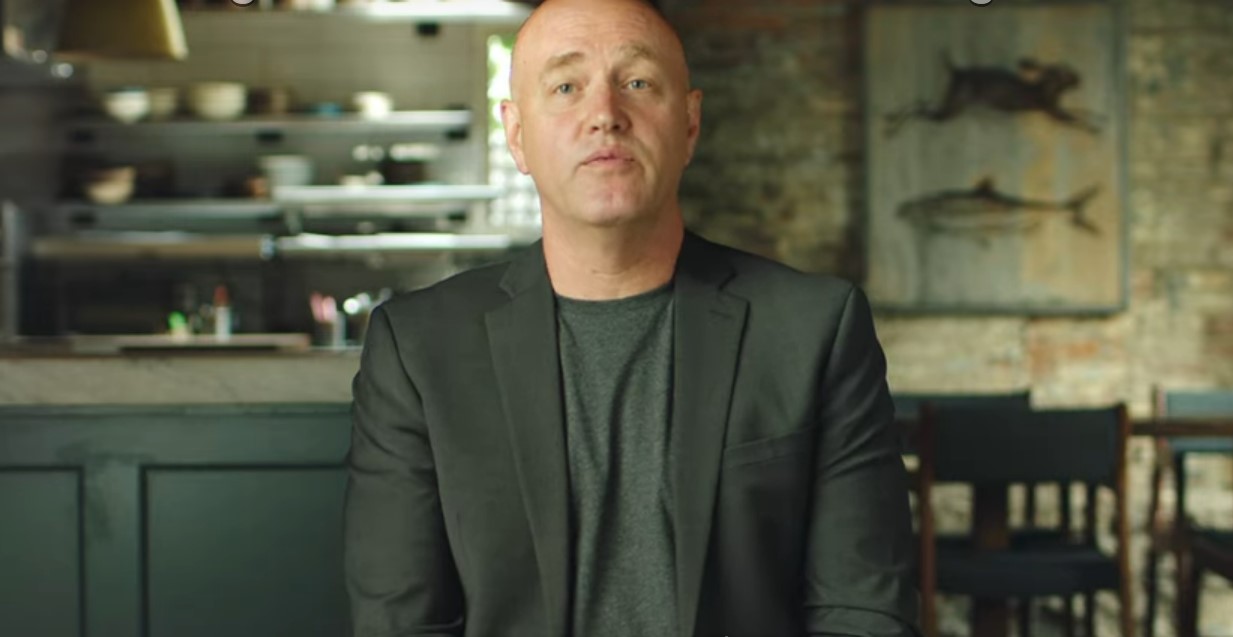 Jim then worked as an operations specialist for Pen to Plate, a restaurant design and development firm, for about three years. Over there, he was involved with hiring and training the staff apart from being a consulting manager for various restaurants. Regarding his experience with Pure Food and Wine and how he sourced local produce, Jim said, “We [went] as close as possible. Most of the big organic companies are nowhere near here, but we were able to talk to them and just get produce from their local farms.” While Jim is based out of Rosendale, New York, he has been a full-time student at the Oregon State University since September 2020. He is pursuing a bachelor’s degree in Liberal Studies/Sustainability and is a Sustainability Excellence Associate.