Where is Joe Hampton Now? 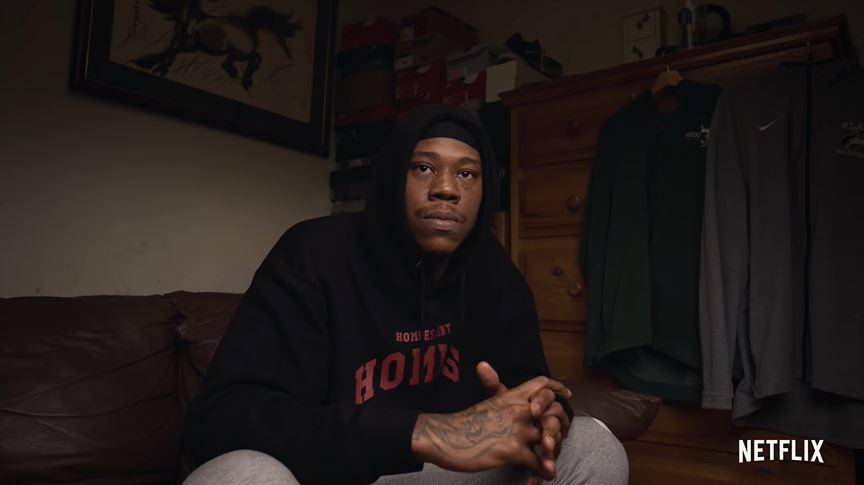 Netflix’s ‘Last Chance U: Basketball’ is an eight-part documentary series that follows the 2019-20 season of the East Los Angeles College Huskies, a well-regarded JUCO program in California, as they compete to get their hands on the state basketball championship. With Coach John Mosley leading the way and the team consisting of a few former Division I players looking to revive their careers, this installment of the ‘Last Chance’ franchise is like no other. So now, if you’re here wondering what one of the key players of the team, Joe Hampton, is currently up to, we’ve got you covered.

Who is Joe Hampton?

Joe Hampton fell in love with the sport of basketball quite early on in his childhood. Having picked up the ball at the age of 6, he went to different camps, attended several classes, and played the game at many levels to become one of the best players in his age group. But unfortunately, things took a turn during his senior year at high school, when he tore his ACL. Despite not being able to play that season, Joe was still recruited by Penn State University for his unparalleled skills. Yet, during a practice session there, he injured his other knee, tearing his meniscus and LCL.

With nothing to do in the subsequent recovery months, Joe’s mental state deteriorated. According to him, all he did was smoke and eat, so he wasn’t fit, even when he physically got better. Then, because he couldn’t kick his smoking habit and failed three drug tests, he got suspended for a year. With that being the last straw, Joe moved back to his hometown in Washington DC and almost gave up playing. Two years later, though, he relocated to California and started attending Pasadena City College before transferring to ELAC in 2019.

Joe’s reason to transfer was simple; he realized that he was going down a dark route and needed help. After getting pulled over for a busted light, an officer had to take him into custody because he already had pending warrants against him for theft and bank fraud. Fortunately, because Joe was in communication with Coach John Mosley, who wrote a letter to the judge on his behalf, Joe was released from jail after only 17 days. Thus, he made his way to ELAC, where he managed to succeed despite his anger issues and mental struggles.

Where is Joe Hampton Now?

In his one season as a Power Forward and Center for the ELAC Huskies, Joe Hampton averaged at 11.4 points and 3.6 rebounds per game, making 15 blocks. Thanks to this, he ultimately got signed by the California State University, Long Beach, or Long Beach State, and made his way back to Division I basketball after a total of 4 years. “I watched a lot of people go straight past me,” Joe said in the Netflix series, “and I mean, my blessings are falling now. Just full circle, like, I went from literally, at the bottom to the top, to the bottom, now I’m back again… [and] I’m here to stay. It’s only up from here.”

As per Joe’s bio on Long Beach State’s official website, he is an American Studies major who, as of now, has played 16 games as a forward for The Beach’s. Joe’s average is 10.8 points and his blocks total to 15. In other words, Joe Hampton is proving his worth over and over again on the hardwood floors, and there seems to be nothing that can stop him. Honestly, we hope to see him go pro one day. After all, even Deshaun Highler and Malik Muhammad said that he’s the one player who never belonged in JUCO.