Where Is John Carreyrou Now? 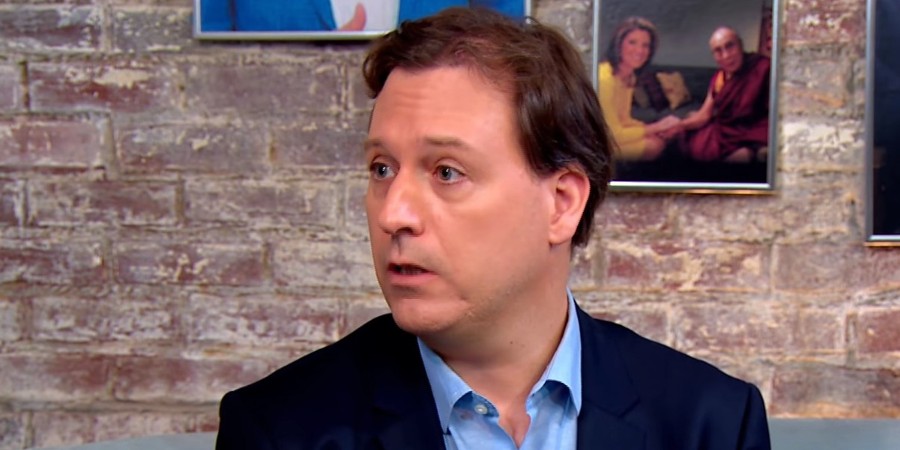 ‘The Dropout’ chronicles the journey of Elizabeth Holmes, who decides to drop out of Stanford to pursue her dream of becoming an entrepreneur. She forms the health care startup company Theranos to revolutionize the blood testing sector. However, problems soon start to emerge in the company’s operations leading Holmes down a rabbit hole of misjudgment and misinformed decisions.

The real-life story of Holmes is a cautionary tale of startup founders. As with reality, in the series, the fraudulent practices of her company are first brought to the mainstream media spotlight by journalist and author John Carreyrou. If you wish to learn more about John Carreyrou and his current whereabouts, here is everything we have gathered on the matter!

Who Is John Carreyrou?

John Carreyrou is a French-American journalist and author best known for his work on exposing the malpractices at Theranos. Carreyrou is the son of noted French journalist Gérard Carreyrou and was born in New York City, USA. However, he spent the early portions of his life in Paris, France. In 1994, Carreyrou graduated with a bachelor’s degree in Political Science and Government from Duke University in Durham, North Carolina.

He joined Dow Jones Newswires in 1999. The publishing firm owns The Wall Street Journal, for which Carreyrou wrote many articles and made a name for himself in the field of investigative journalism. Carreyrou worked for The Wall Street Journal in several countries before moving to write for the New York paper. He is a two-time Pulitzer Prize-winning journalist and has a reputation for covering health and science-related topics. In 2015, Carreyrou investigated the Elizabeth Holmes founded startup company Theranos. Thereafter, he wrote a series of articles for The Wall Street Journal that exposed the fraudulent practices at Theranos and brought the company under intense media and internal scrutiny.

Where Is John Carreyrou Now?

In 2018, Carreyrou published a book-length version of his investigation into Theranos titled ‘Bad Blood: Secrets and Lies in a Silicon Valley Startup.’ The book received numerous accolades, including the Financial Times and McKinsey Business Book of the Year Award. In 2019, Carreyrou decided to leave The Wall Street Journal in order to pursue paid speaking opportunities. Such work is banned by The Wall Street Journal, leading to the end of Carreyrou’s nearly two-decade-long association with the publisher.

Carreyrou has also appeared in the documentary film about Holmes and Theranos titled ‘The Inventor: Out for Blood in Silicon Valley.’ He also released his own podcast about the trial of Elizabeth Holmes titled ‘Bad Blood: The Final Chapter’ in 2021. The reputed journalist has expressed a desire to continue writing non-fiction books. Carreyrou is married to Molly Schuetz, an editor at Bloomberg News. The couple has three children. Carreyrou resides with his family in Brooklyn, New York.