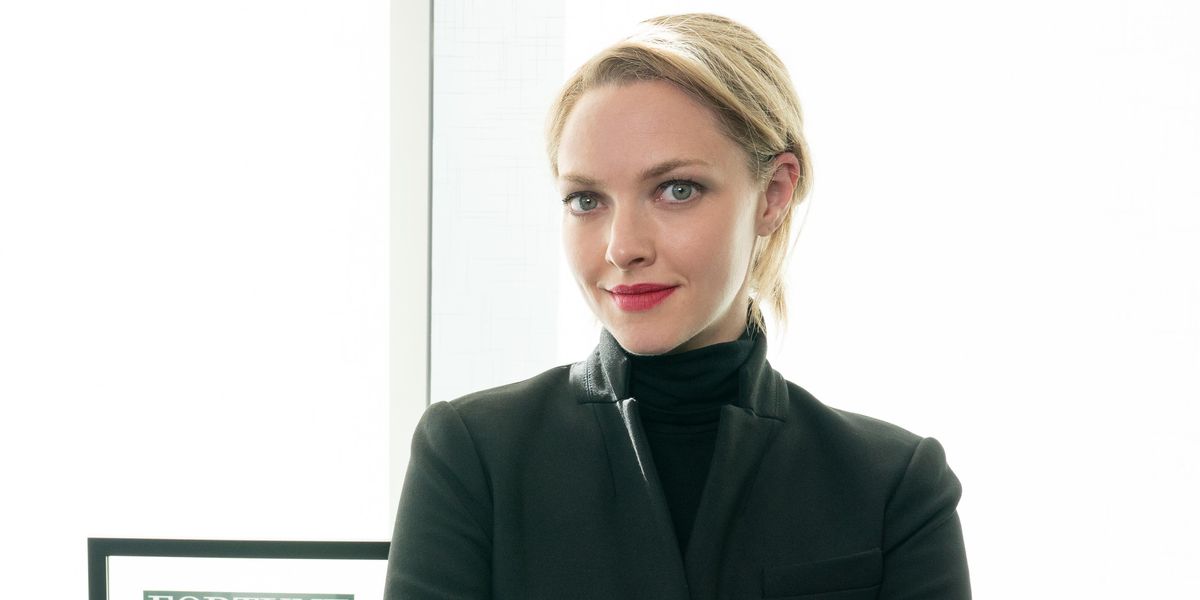 The fifth episode of ‘The Dropout’ continues to map out Elizabeth Holmes (Amanda Seyfried), and Theranos’ journey as the company faces new challenges. With the deadline on the Walgreens contract around the corner, Elizabeth is forced to reflect on various important aspects of herself and her company.

While Elizabeth contemplates giving up, Ian Gibbons finds himself in legal hot waters. The episode ends with Elizabeth continuing her journey but making some questionable choices along the way. If you wish to catch up on the episode’s events and seek insights about its ending, here’s everything you need to know about ‘The Dropout’ episode 5! SPOILERS AHEAD!

Episode 5, titled ‘Flower of Life,’ opens with Elizabeth meeting Jay Rosan and Wade Miquelon to discuss the timeline for the Walgreens-Theranos partnership to come to fruition. However, Elizabeth hasn’t given Walgreens any significant details about the device’s progress, and Theranos has failed to meet previous deadlines. Wade pressurizes Elizabeth to commit to a September deadline that is nearly impossible to meet.

Back at Theranos, Sunny Balwani and the engineering team realize their device’s shortcomings. Upon learning of the September deadline from Elizabeth, Sunny loses his cool and contemplates leaving the company. Elsewhere, George Shultz hires renowned lawyer David Boies to fight Elizabeth’s lawsuit against Richard Fuisz. Fuisz is aware that the patents owned by Theranos are in Elizabeth and Ian Gibbons’ names. It is evident that Elizabeth did not do any of the scientific work to claim the patents, and Gibbons’ testimony will out Elizabeth as a fraud.

Gibbons is subpoenaed in court to testify in the lawsuit. However, his non-disclosure agreement with Theranos binds him from spilling out the truth. Feeling helpless, Gibbons attempts suicide and passes away a few days later. Without Gibbons’ testimony, Fuisz is forced to drop the case but resolves to expose Elizabeth as a fraud.

Meanwhile, Elizabeth contemplates leaving her own company after learning that Sunny wants to leave her. Elizabeth attends her uncle’s funeral, where her mother motivates her to continue striving for her dreams. Elizabeth returns to Theranos with a renewed sense of optimism. However, she makes a questionable choice to keep the company from failing to meet its deadline again.

The Dropout Episode 5 Ending: How Does Theranos Meet the Deadline?

In the episode, it is evident that Theranos hasn’t reached a point where their technology can deliver on Elizabeth’s promises. Moreover, with the deadline to fulfill the contract with Walgreens just around the corner, Theranos and Elizabeth are in a clutch. However, by the episode’s end, Elizabeth figures out a solution to the problem. She decides to take Sunny’s advice and has a different company’s device with similar functioning remodeled as a Theranos device. She plans on presenting the device as phase one of the partnership with Walgreens.

In the final moments of the episode, Elizabeth addresses her employees and gives a rousing speech. She overcomes her self-doubt and introduces the new Theranos logo. She also announces that the company will be launching its product in the Walgreens stores in the next 48 hours. Therefore, Elizabeth fulfills her promise and delivers the device. However, her methods are unethical and push Theranos further towards crumbling under its unsustainable model.

Did Brendan Morris Quit? Was He Fired?

Elizabeth hires Brendan Morris to lead a rival team of engineers and help fast-track the development of the Theranos device. He quickly wins over his peers and has a charming personality. Morris develops a strong rapport with Ian Gibbons, and the two are well aware that Theranos is in no position to meet the promises Elizabeth has been making. In the episode’s final moments, we see Gibbons packing his stuff and leaving Theranos.

However, it is never quite explained whether he quit or was fired. In the episode, Morris sends his colleagues an email that openly credits Gibbons for the patents owned by Theranos. Although he could have been fired for this action, it is more likely that he quit his job at Theranos. Morris is a vocal opposer of the idea to forge another company’s tech. When Elizabeth decides to proceed with the same, Morris chooses to quit due to unethical work practices at Theranos. His statement to Tyler Shultz is evidence of his weariness with the company’s policy. Therefore, it is highly likely that Morris quit his job after growing dissatisfied with Theranos.