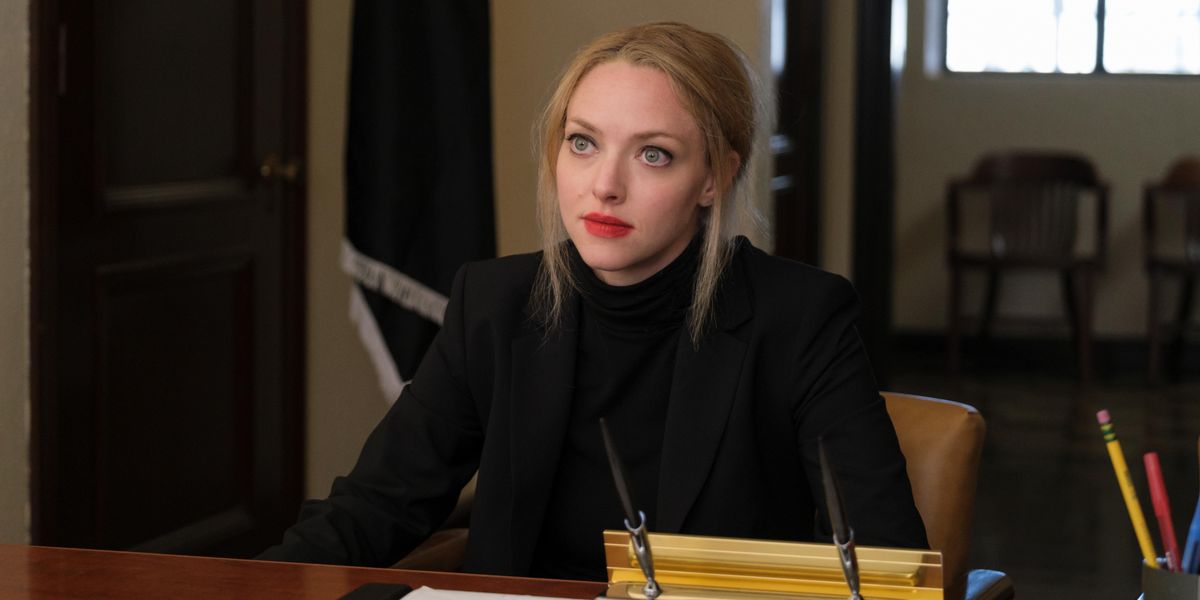 The fourth episode of ‘The Dropout’ continues telling the story of Elizabeth Holmes (Amanda Seyfried) as she tries to build her biotech startup company, Theranos. However, despite making a strong foundation, Theranos is under a lot of pressure to create a revenue stream and live up to its early hype. Nonetheless, Elizabeth has some ideas to expand her business and take it to the next stage. However, not everyone is happy with her plans, and things begin to get heated at Theranos. If you are looking for details about the episode’s events and ending, here’s everything you need to know about ‘The Dropout’ episode 4! SPOILERS AHEAD!

The fourth episode titled ‘Old White Men’ picks up after Sunny Balwani comes on board as the company’s COO. Theranos receives a boost in funds from Sunny, but the money is running out quickly. Therefore, Elizabeth decides to look for new ways of generating revenue. She decides to pursue Walgreens, one of the largest drug store chains in the USA, to house her device. To achieve this goal, Elizabeth charms Dr. Jay Rosan, Medical Director at Walgreens. Rosan is impressed with Holmes and her work at Theranos. Thus, he passes forward her proposal to Wade Miquelon, Executive Vice President and Chief Financial Officer of Walgreens.

Initially, Wade is hesitant over the idea that a technology that can do several blood tests from a single drop of blood exists at a marketable level. However, Rosan convinces Wade that Theranos has created a breakthrough in the blood testing market and could change the game forever. Wade is tempted to strike an early partnership with the company and sends Kevin Hunter to check Theranos and its labs as the company is yet to obtain proper FDA approvals.

Meanwhile, Ian Gibbons becomes weary of the secrecy at Theranos and tries to learn what Elizabeth has been working on. He tries talking to Sunny but is shut down. Gibbons manages to obtain the pitch deck for the Walgreens deal and becomes distressed after learning that Elizabeth plans on using the incomplete device to test actual patients. He speaks with a close friend and board member, Channing Robertson, about the situation. However, Robertson informs Elizabeth about Gibbons, and he is fired. After some resistance from Gibbons’ coworkers, he is promptly rehired but in a different role.

Elizabeth speaks with Wade, Hunter, and Rosan and discusses the potential deal between Walgreens and Theranos. However, she refuses to let Hunter check Theranos’ labs. Hunter is wary of doing the deal without adequately verifying the claims Theranos is making. Just when it seems like the deal is slipping out of Theranos’ hands, Elizabeth makes her move and ensures her company’s short-term financial future is safe.

The Dropout Episode 4 Ending: Do Theranos and Walgreens Partner Up? Why Is the Deal Important?

In the episode’s final act, Elizabeth appears to be at the mercy of Walgreens. The company refuses to do any business without doing proper regulatory checks of the Theranos’ labs. However, Elizabeth refuses them the opportunity to do so under the guise of protecting the company’s secrets. In reality, Elizabeth is well aware that the technology isn’t ready to be put into the market. However, Elizabeth decides to partner with Walgreens in her desperate bid to push the company past the pre-revenue stage.

Wade and the others walk out of Theranos, but Rosan convinces Wade that Theranos and Elizabeth are the real deal. Walgreens is competing with the likes of Amazon and needs to make a big move in the market and make it quickly to keep hold of their market share. In such a situation, Theranos partnering with a rival company would spell doom for Walgreens. Thus, Walgreens makes Theranos an offer, and the two companies decide to partner up. The deal is significant to the short-term futures of both Walgreens and Theranos. The episode ends with Theranos and Walgreens celebrating their new partnership.

Read More: The Dropout Episode 1, 2, and 3 Recap and Ending, Explained