Where is Kat West’s Mother Now? 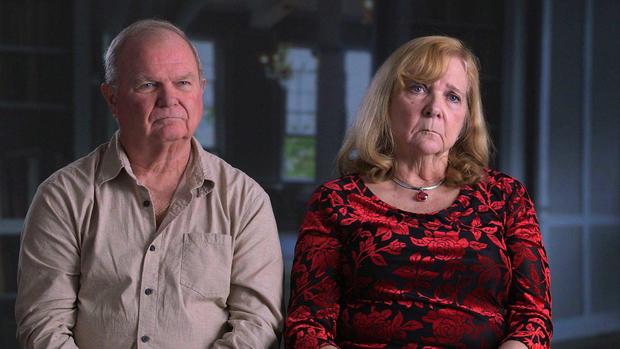 CBS’ ’48 Hours: The Mysterious Death of Kat West’ profiles the early 2018 case of a 42-year-old suburban stay-at-home mother and adult model on a subscription-only website’s death. As per the authorities, Kathleen “Kat” West died after her husband struck her on the head with a Lucid Absinthe bottle. But her own mother believes that Kat’s passing wasn’t a murder at all. In fact, she made it no secret that she thinks her daughter’s actions led to her demise. So now, if you’re curious to know more about Kat’s mother and what she truly makes of her daughter’s case, we’ve got you covered.

Who is Kat West’s Mother?

Kathleen “Kat” Dawn West was born to Nancy and John Martin, who firmly believe that their son-in-law, Jeff West, would never harm their daughter. They both have supported Jeff and his claims of innocence since the very first day, going as far as to speak in favor of him publicly. Once Jeff was charged and arrested for Kat’s murder, with his bond set at half a million dollars, Nancy revealed that her daughter was an alcoholic who suffered from bipolar disorder. She said Kat fell all the time when drunk and would often jump on the trampoline or take off her clothes. “He [Jeff] didn’t do this,” Nancy stated. “He’s a good man. He loved her with all his heart.”

Therefore, it came as no surprise that when Jeff stood trial in 2020 for the charges against him, Nancy took to the stands and spoke in his defense. “[My daughter] could not just drink one drink,” Nancy said. “She’d say, I need another one.” Not only did she detail the last time she saw Kat – at lunch after they both attended a doctor’s appointment for Kat’s breast augmentation – but Nancy testified that she never once witnessed any violence between her daughter and son-in-law. She even asserted that she and Jeff went to the funeral home together to make arrangements for Kat and that Jeff cried when he viewed his wife’s body.

Where Are Kat West’s Parents Now?

Once Jeff West was found guilty of reckless manslaughter, Nancy Martin asked for leniency in her son-in-law’s sentence, saying that she understands how hard this was for her, so she can only imagine what it must be like for Jeff. “He’s a good man, and he didn’t do this,” she testified. “I absolutely believe this with all my heart because I know what we went through after she passed away. He lived with me… I saw him. You can’t fake what he went through.” Then, speaking during Jeff’s sentencing hearing, Nancy said, “We have lost a daughter, [Kat and Jeff’s] daughter does not need to lose a father.”

However, Judge Bill Bostick, while handing out Jeff’s sentence, clarified that Kat’s parent’s support of the defendant did not play a significant role in his verdict, especially as, in his opinion, “[Nancy] ignored the evidence in this case.” Today, from what we can tell, John and Nancy Martin prefer to stay away from the spotlight. Nancy does have a Facebook profile on which she’s relatively active, but she has ensured that no personal information related to her or her family is available to the public. In saying that, though, her appearance on ’48 Hours’ made it abundantly transparent that she and her husband are still two of Jeff’s biggest supporters.