Where Is Keith Raniere Now? 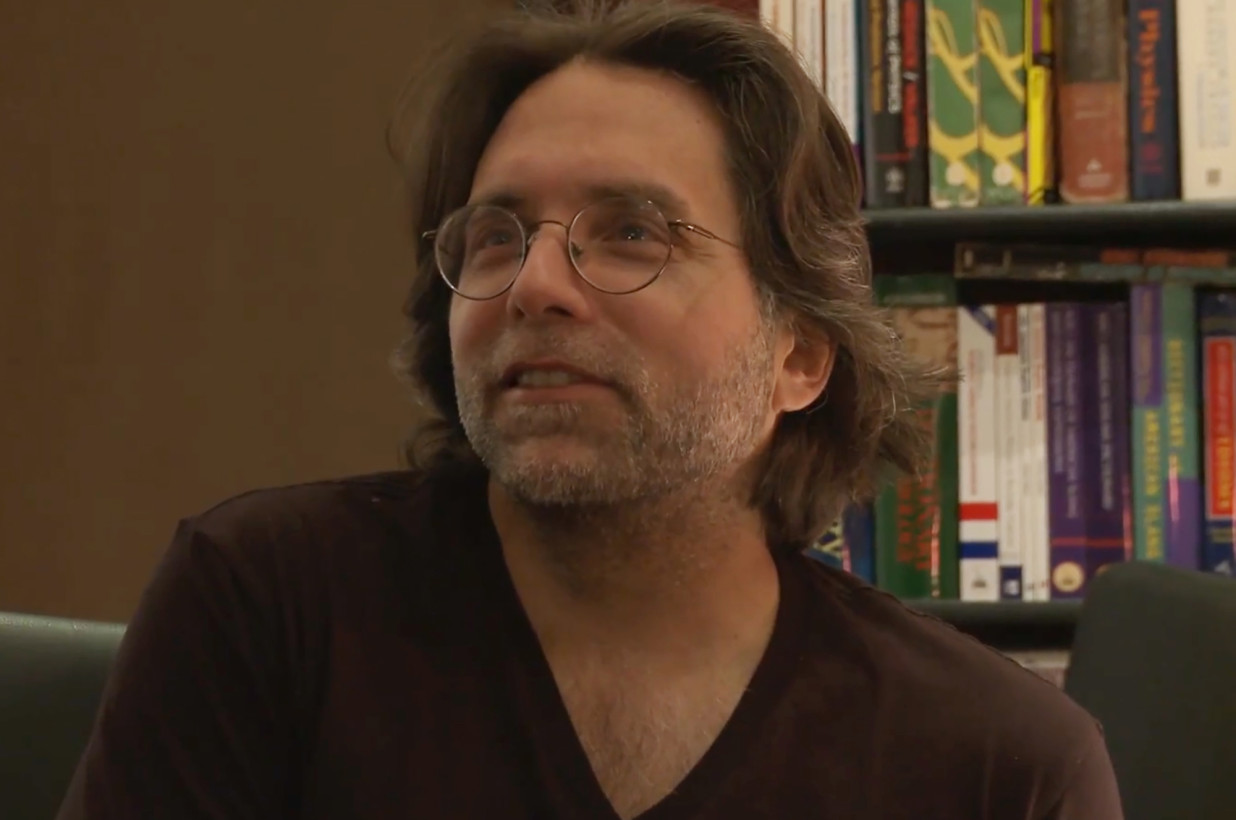 HBO’s ‘The Vow‘ is a nine-part docuseries that explores the various ways in which a charismatic and strong-willed man can groom a crowd of willing participants and impressionable victims into who and what he wants them to be. Directed by ‘The Great Hack’ filmmakers Jehane Noujaim and Karim Amer, the focus of this series is on a cult/multilevel-marketing scheme/organization by the name of NXIVM (pronounced “Nex-ee-um”), which, underneath its self-help veneer, is mainly a sex-trafficking ring for its leaders, especially it’s founder, Keith Raniere.

Who Is Keith Raniere?

Born on August 26, 1960, in Brooklyn, New York, Keith Raniere is the son of James Raniere, a New York City advertiser, and Vera, a ballroom dance instructor. He didn’t have the most stable childhood, with his mother being an alcoholic or his parents separating when he was eight, but his behavior even then was strange. Apparently, he allegedly blackmailed a friend after she unwittingly shared some “compromising” information about one of her sisters in front of him, and he read Isaac Asimov’s “Second Foundation” at age 12, which is mostly mind-control themed. Keith also credits this book for inspiring his work in NXIVM.

Keith had a strange fascination with Scientology and neuro-linguistic programming. Throughout the 1980s he was either involved with the multi-level marketing company, Amway or working as a computer programmer for New York State’s Division of Parole. A Times Union report states that, in 1984, the 24-year-old Keith became sexually involved with 15-year-old Gina Melita after meeting her in a theater group. By 1990, he had founded his own multi-level marketing company by the name of Consumers’ Buyline Inc. (CBI), and Gina had dropped out of school to continue their relationship and work with him. She later passed away by suicide.

CBI shut down in 1993 after being investigated by twenty states. A lawsuit alleged that the organization was nothing but a pyramid scheme. In 1996, as a result of the case, Keith paid a $40,000 fine and signed a consent order that permanently barred him from “promoting, offering or granting participation in a chain distribution scheme.” In 1994, he began National Health Network to sell vitamins, but the business failed in 1999, and that’s when NXIVM came into play. This scheme was initially founded under the name of Executive Success Programs as a personal development company that offers to teach techniques for self-improvement.

When the company re-branded to become NXIVM, Keith adopted the title of “Vanguard,” which is from an old-timey arcade game within which the character gains power by destroying their enemies. It was in 2003 that Keith was exposed for the first time. Forbes magazine did a cover story on him describing him as “The World’s Strangest Executive Coach.” This piece was was the first one to accuse the organization of being a cult. The fact that Gina had passed away in 2002, after reconnecting with Keith, and Kristin Marie Snyder, a 35-year-old environmental consultant, had mysteriously disappeared after attending NXIVM events in early 2003, didn’t help either.

In 2009, everything started falling apart from him. A group of his colleagues (called the “NXIVM Nine”) broke their association with him and the organization, citing “concerns about unethical practices and the alleged abuse of his leadership status to sexually manipulate women in the organization.” A year after that, his former partner, Toni Natalie, gave an interview where she said that he had made her keep the body of her dead puppy in the freezer just so he could look at it every day. And, The New York Post reported on the existence of a video where Keith is heard telling his followers: “I’ve had people killed because of my beliefs – or because of their beliefs.”

Where Is Keith Raniere Today?

It was in 2017, on June 5, that the first report of a secret sorority called DOS came out. Within it, women were known as “slaves” and were all branded with Keith’s initials, using a hot cauterizing pen. Any women who wished to join it was required to provide either nude photos of themselves or any other private or potentially damaging information about themselves. When this news broke, Keith, accompanied by a few members of his inner circle, fled to Mexico.

On January 18, 2018, a search warrant was issued for Keith’s e-mail account. On February 14, the FBI filed a criminal complaint against him with the US District Court for the Eastern District of New York. A month later, in March 2018, he was arrested by Mexican authorities in a luxury villa outside Puerto Vallarta, Mexico. Keith was indicted on a variety of charges related to DOS, including sex trafficking, conspiracy for sex trafficking, and conspiracy to commit forced labor.

When investigations proceeded, other charges like identity theft were added as well. His trial began on May 7, 2019, and a month later, on June 19, 2019, the jury found Keith Raniere guilty on all charges. It also came out that after Kristin Marie Snyder disappeared, Keith paid $24,000 to obtain access to her email account.

In January of 2020, another federal lawsuit against Keith was filed, where more than 80 former NXIVM members accused him and 14 other leaders of abuse and illegal psychological experimentation. All the victims are seeking a trial and financial compensation. (Featured Image Credit: NY Post )