Where is Kelly Moore Now? 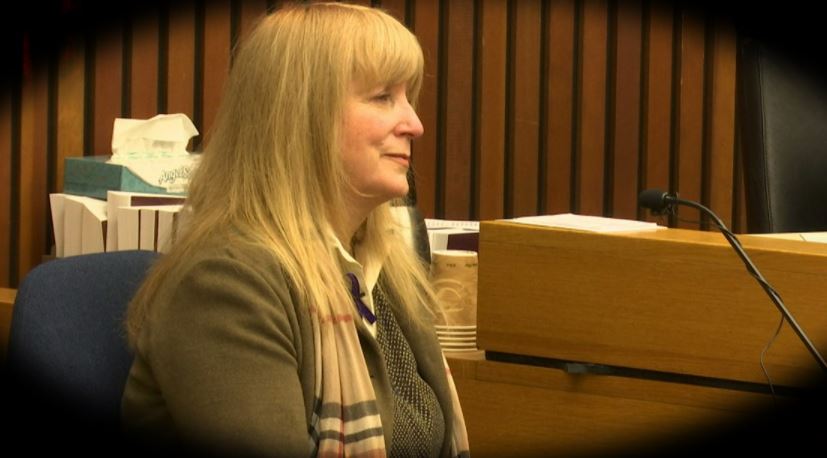 ‘Dateline: Killer Role’ explores the case of Shane Moore’s death at the hands of his niece, Aisling Tucker Moore-Reed. The young writer had shot her uncle in July 2016 and claimed that it was self-defense. Aisling, who also goes by Tucker Reed and Wyn Reed, then went on to play a lead role in an indie movie while out on bail. Just a day after the filming ended, Wyn was charged with murder after new evidence, in the form of video footage, came to the fore. Kelly Moore, Wyn’s mother, was present at the scene and had testified that her daughter had shot her uncle in self-defense as well. Are you wondering where Kelly might be right now? Here’s everything we know!

Who is Kelly Moore?

Kelly Moore is a 64-year-old bestselling author. She grew up in California and eventually ended up getting a law degree. She specialized in civil and family law and was known for representing Anna Nicole Smith, a model, during the 1990s. Much before that, though, Kelly had also co-written the 1988 bestseller ‘Deadly Medicine’ with her future spouse Daniel Reed. The two went on to have three children together: Wyn, Larkin, and St. John. Kelly had also co-authored ‘Amber House’ and its sequel ‘Neverwas’ with her daughters Wyn and Larkin. (She had divorced Daniel in 2000 and was given primary custody of their three children).

Kelly and her daughter Wyn were in the news back in 2016 after Wyn had shot her uncle Shane Moore in the chest at Kelly’s mother’s property. At the time, Shane and Kelly had a dispute regarding the property in Oregon, where Kelly’s mother Lore and Shane lived together. Shane wanted Lore to deed the house to him, while Kelly was against that. On the day of the shooting, Shane had hired a notary and come by to the house. Also present were Kelly and Wyn, who had helped Lore settle back in after a visit to the hospital.

After the shooting, Kelly had stated that both she and Wyn were scared for their safety because Shane had threatened them for months, including that day. Kelly said when Shane arrived, he hit her with the door and then proceeded to assault her. She had shown bruises that she said were caused by Shane. Kelly said that Wyn had shot in self-defense to protect themselves after Shane had started to assault her. “I’d hate the people to think my daughter is a killer, because she’s not,” Kelly Moore said, adding that Reed was in “terrible” fear at the time. “In my opinion, Shane did it to himself.”

Wyn was indicted on manslaughter charges in 2016 but her story seemed to line up since she had gotten a restraining order against Shane in the past for assault. About two years later, a murder charge was added as well when recorded footage from Wyn’s phone was turned over to the prosecution. The video appeared to show the family arguing about the deed, and Shane was seen outside the house. Wyn shot him as he approached the door.

Kelly later stated that Wyn had asked her to hide the phone somewhere safe. Later, the video was turned over in hopes of convincing the prosecution that it was an act of self-defense. But the prosecution felt otherwise and claimed that the video did not back up these statements of threats and assault. As a result, Wyn eventually pleaded guilty to second-degree manslaughter and was sentenced to 75 months in prison.

Where is Kelly Moore Now?

The University of California, Berkeley, alumnus currently lives in Jacksonville, Oregon, according to her LinkedIn page. Moreover, even though she is still passionate about issues regarding civil law, she quit law in 2002. But that has not stopped her from establishing a lucrative and successful career as an author. From what we can tell, a sequel to ‘Neverwas,’ ‘Otherwhen,’ was in the works, although it is yet to be published. She is also actively involved with the Student Coalition Against Rape (SCAR) at the University of Southern California, where she has provided legal aid and help with fundraising. Having said this, it seems as though she prefers to stay tight-lipped about her personal life.