Where is Kerri Kasem Today? 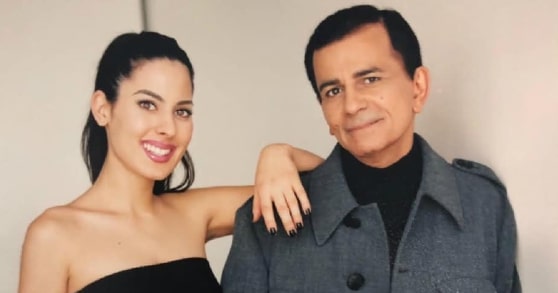 ’48 Hours’ on CBS investigates fascinating cases of crime and justice which touch all aspects of human experience. One of the cases that stands out is the death of Casey Kasem. The American radio personality and voice actor is best known for programs like ‘American Top 40’ and for voicing the character of Shaggy in the ‘Scooby-Doo‘ franchise. Casey’s health began to deteriorate from 2013 when he was diagnosed with Lewy body dementia. Worsening matters, his wife, Jean Thompson did not allow Casey’s children from his first marriage, to contact him. As the family got caught up in a feud and protests, Casey passed away in June 2014.

Kerri Kasem was one of the children who filed a lawsuit against Jean, in a case that would play out in court in the years to come. Kerri was born to Casey and his first wife, Linda Myers. She’s also been vocal about losing her father, so you might wonder where Kerri is at present.

Where is Kerri Kasem Now?

Kerri continued to fight for justice after her father’s death, but by December 2019, the children decided to settle the lawsuit with the widow. At the time, Kerri released a statement through her spokesperson, saying she was “distraught and heartbroken over her family and lawyers’ decision to force her into a settlement.”

She’s an ambassador for United for Human Rights (UHR) and recounts that her experiences with her dying father taught her there are no rights for adult children and their ailing parents. She has created the Kasem Cares Foundation, educating others about fundamental rights and fighting to make those real through legislation. Kerri succeeded in getting the Kasem Cares Visitation Bill passed into law in California. It states that adult children can go to a judge for the visitation rights of their ailing parent or a loved one. The guardian has to inform them if the person is in the hospital, whether they have passed away, and where they are buried.

Apart from that, Kerri’s LinkedIn profile states that she’s working as a radio and television host at Kasem Cares, and we know she’s bent on educating investigators, law enforcement officers, prosecutors, and adult protective service administrators about the fundamental rights which are at stake in elder abuse. Recently, Kasem seems to have brought back the Red Pill Podcast, which was formerly subjected to some degree of censorship which she did not take to, too kindly. Here’s the tweet about her podcast making a return.

While Kerri is busy making waves with her activism and various ventures, she clearly remains deeply moved by the death of her father and misses him too. We leave you with a picture of Kerri hard at work, trying to give voices to the voiceless in her podcast. [Cover Picture Courtesy: Karri Kasem/Facebook]