Where is Kimberly Craft Now?

Netflix’s ‘Tiger King’ was a somewhat surprising hit when it came out in 2020. Released at the peak of the pandemic, the docuseries was an eclectic mix of questionable characters, murderous intentions, and reality TV-esque drama. Now, the creators have brought it back for a second season, with the initial focus on Joe Exotic’s early life. Before he became Joe Exotic, one of the central figures in his life was his ex-fiancée, Kimberly Craft. So, if you’re wondering where she might be today, here’s what we know!

Who is Kimberly Craft?

Kimberly Craft met Joe when he was working as a police officer in Texas. On the show, she stated that Joe was a good-looking man, and they started dating after he asked her out. At the time, Kimberly was a single mother of two young children, and she talked of being a victim of domestic abuse at the hands of her ex-husband. In fact, it was Joe who brought out a warrant for her ex-husband’s arrest. Soon, he asked Kimberly to marry her.

Joe stated that while the couple lived together for many years, they never had sex. It was also around the time that she was told by many that Joe was gay, as per the show. However, Kimberly was naive and didn’t want to admit it. At some point, she learned that Joe, then the Police Chief, was stripping for the mayor and her friends. She realized this was the reason he came home late regularly. Regarding this, Joe claimed on the show that he did it to raise money for a fire truck.

Eventually, Kimberly also learned that Joe visited gay bars often. They finally broke the engagement off after he came out as gay. However, Kimberly mentioned on the show that Joe still came to her for support during difficult times. She also talked about him being suicidal while coming to terms with his sexuality. Joe mentioned spending many a night calling suicide hotlines.

Where is Kimberly Craft Now? 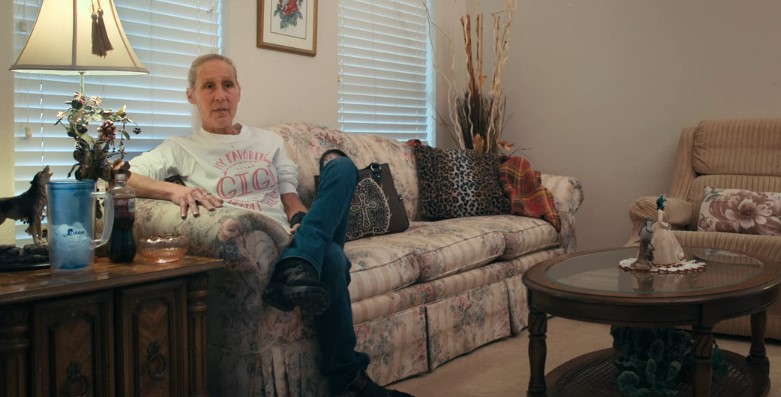 While Kimberly continued with her life, Joe finally found a partner as well, in Brian Rhyne. They met at a place Joe was working security at, and eventually, they married, staying together for more than a decade and a half. Kimberly remembered that she got along with Brian quite well and that he was very good with her kids. The three of them spent a lot of time together. Since then, Kimberly seems to have kept a low profile. There isn’t a lot we could find out regarding her whereabouts or what she does.