Where Is Lane McIntyre Now? 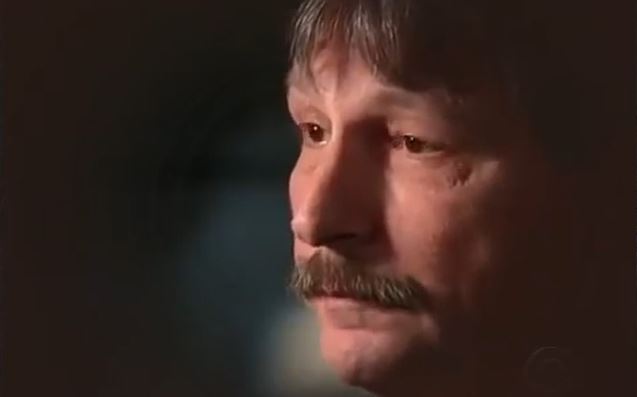 Investigation Discovery’s ‘Ice Cold Killers: Ice Cold Heart’ is an episode that chronicles the 1980 murder of 18-year-old Marilyn McIntyre in her own home in Columbus, Wisconsin, along with its heartbreaking aftermath. In the early hours of March 11 of that year, Marilyn was attacked, bludgeoned, strangled, and stabbed to death in the one-bedroom apartment that she shared with her husband, Lane McIntyre, while their 3-month-old son, Christopher, lay quiet and unhurt in his crib. But it wasn’t until Lane came home from work hours later, at around 7:15 a.m., that Marilyn’s cold and unbreathing body was discovered.

Who Is Lane McIntyre?

Lane McIntyre had tied the knot with Marilyn when she was just 17, after saving her from an abusive foster father and a life in domestic pain. Their love, he said, was as pure as it could be. So, of course, when he entered their apartment on that fateful day to see his wife lying dead on their living room floor, his whole world stopped. Even as the police officers arrived at the scene and pushed past him to see what could be done, Lane was stuck – he couldn’t comprehend what had happened because his “brain didn’t want to believe what I was seeing.” And since then, Lane’s life has crumbled apart.

Even though Lane was at work when Marilyn was murdered, the fact that there was no foreign forensic evidence in their small apartment led his own community to turn on him. For 29 years, until his long-term friend, Curtis Forbes, was convicted of the crime, Lane lived under intense scrutiny by all those around him. However, he had always maintained his innocence. Once Curtis was brought to justice, though, Lane revealed that he believed his angel wife lost her life because she got in the middle of the domestic fights and troubles between Curtis and his then-girlfriend (later wife), Debra Attleson (Forbes).

Where Is Lane McIntyre Today?

After Curtis was convicted and sentenced to life behind bars, the general feeling was that Lane could finally move on from what had transpired, but unfortunately, that did not happen. “I don’t speak to my family and I don’t speak to my son,” Lane told Daily Citizen. “Curt Forbes is in prison and people understand I didn’t do it. But even after that no one approached me and said, ‘Gee Lane, we judged you kind of harshly.’ By not saying they’re sorry it doesn’t give me a chance to forgive them, which would have been healing for us both. They also keep me separated from my son.”

He continued, “All I got from people was cold indifference. I need them to help me fix things with my son…My son is living in a world of lies. We haven’t moved on…[Marilyn] would have wanted her husband to love her son. That’s what everyone else is forgetting.” But until now, neither the deep wounds nor the estrangement have been healed. As per the last reports, Lane McIntyre still resides in Wisconsin. And after two more unsuccessful marriages, he currently has a long-term, live-in girlfriend, who even lets him hang a photo of Marilyn on their bedroom wall.

According to a 2009 report, Lane chose to stay in Wisconsin because an innocent man doesn’t run, he said. At that time, he was also thinking about writing a book about his first love’s murder and “the way people are in a small town.” If the book sells well, he thought, he’d retire and move somewhere far away, where nobody knew him, and where he didn’t have to defend himself day in and day out. “[I want to] live the rest of my days in peace,” he said. “I have a right to be happy. I didn’t do anything wrong.”

Read More: Where Is Lane and Marilyn’s Son Now?