Where Is Laura Lynne Jackson Now? 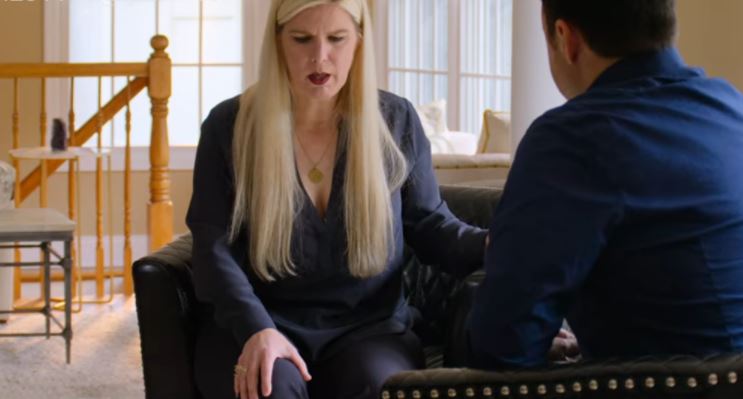 Netflix’s ‘Surviving Death’ is a fascinating documentary series by Ricki Stern (‘Reversing Roe’ and ‘Joan Rivers: A Piece of Work’) that explores the concept of not only life after death but also all the possibilities that surround it. Including personal stories, interviews with scientists, mediums, paranormal experts, and child psychiatrists, this series looks into near-death experiences, seances, after-death communication, and past-life recollections (or reincarnations) to understand the meaning of mortality and what might come afterward. And one of the most compelling people that we were introduced to was Laura Lynne Jackson, a psychic medium.

Who Is Laura Lynne Jackson?

Laura Lynne Jackson, arguably one of the greatest living mediums at this point in time, was 11-years-old when she realized that she was an intuitive being. One day, she woke up with this feeling that she just had to see her grandfather (whom she was extremely close to) before it was too late. Laura could feel a sense of panic that didn’t go away until she spent the day with him. And that was because some part of her already knew that that would be the last she would ever see him alive. After all, Laura’s grandfather ended up having to be admitted into the hospital two days later, where he eventually passed away due to leukemia.

Fortunately, when Laura confessed to her mother that she knew of this impending death, instead of being shut down, she was told that she had an extra ability to perceive the energy around her and that she should neither waste it nor be afraid of it. Therefore, with that support, Laura continued to engage in the craft and ended up mastering it soon after. And now, she works not only as a successful psychic medium based out of New York, but she has also used that profession as a way to become an international speaker and author. Laura’s other job as a high school English teacher is just another post that she loves to be a part of.

Where Is Laura Lynne Jackson Now?

Residing in Long Island, New York, with her husband and their three children, Laura Lynne Jackson is an active “author, teacher, speaker, psychic medium & believer in the potential we all have to connect with each other & the other side & shine ❤️ in this world!” In fact, not only has Laura written two books, titled ‘The Light Between Us: Stories from Heaven, Lessons for the Living’ and ‘Signs: The Secret Language of the Universe,’ she is also a contributing writer for Goop, the cutting-edge modern lifestyle and wellness brand founded by actress Gwyneth Paltrow.

As a certified medium by both the Forever Family Foundation and the Windbridge Institute, Laura is currently in association with organizations like Eternea and Gotham Paranormal Research Society, where she helps others by connecting to the Other Side. As for her work as a speaker, just like her personality, Laura’s messages are positive and uplifting – even while touching on delicate topics like dealing with grief, loss, healing, and the purpose of one’s life. Until now, she has spoken at seminars within the healthcare industry and during private workshops and retreats, but from the looks of it, Laura has no plans of stopping anytime soon.