Where Is Legends of the Hidden Temple (2021) Filmed?

If you were around in the 1990s, the name ‘Legends of the Hidden Temple’ will undoubtedly ring a bell in your mind. As for the newer audience, it is a revival of the hit Nickelodeon game show of the same name that ran from 1993-95. Created by David G. Stanley, Scott A. Stone, and Stephen Brown, the show follows a group of contestants who try to unearth the treasures of an ancient (fictitious) Mayan temple with the guidance of a stone head named Olmec and host Cristela Alonzo. Curious to find out more about the show’s Mayan-themed sets? Allow us to share the filming details of ‘Legends of the Hidden Temple.’

Principal photography on ‘Legends of the Hidden Temple’ reportedly commenced in July 2021. The previous iteration was filmed in Orlando, Florida. However, the updated rendition is shot on sets built in Los Angeles County, California. Let’s take a closer look at the show’s specific filming spots.

Filming of the show primarily takes place on sets built in the city of Simi Valley, located in the eponymous valley in the southeastern end of Ventura County. The valley lies roughly 40 miles outside of Downtown Los Angeles and is a part of the Greater Los Angeles Area. The various sets that appear on the show are specially constructed to give the effect of an ancient Mayan temple hidden deep inside a jungle.

In an interview, executive producer Scott A. Stone revealed that the revival series is filmed almost exclusively in an exterior location in contrast to the original show. The decision was made to express the grand scope of the adventure that the show provides its contestants and viewers. 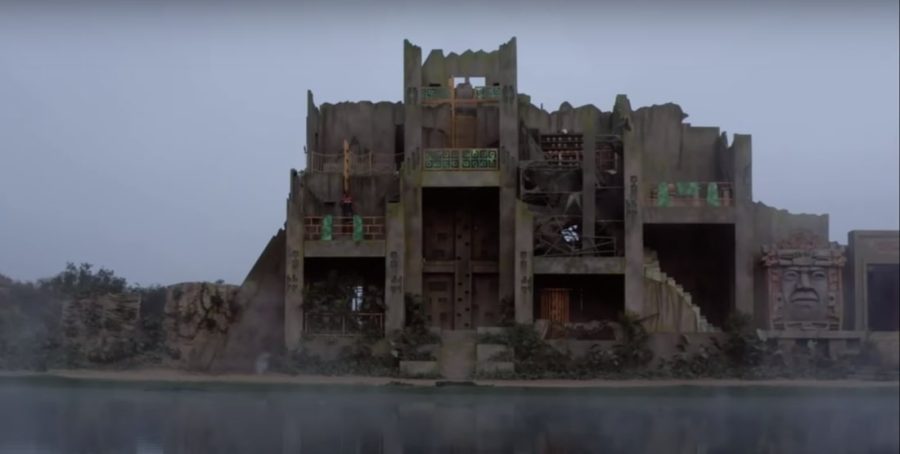 The Moat, a narrow swimming pool that features in the first round of the competition, is a set spread over roughly 10,000 square feet. Classic courses such as the Pit of Despair are recreated for the revival show. On the other hand, sets such as the Crypt of the Heartless are designed exclusively for The CW’s reboot.