Where is Lisa Nowak Now? 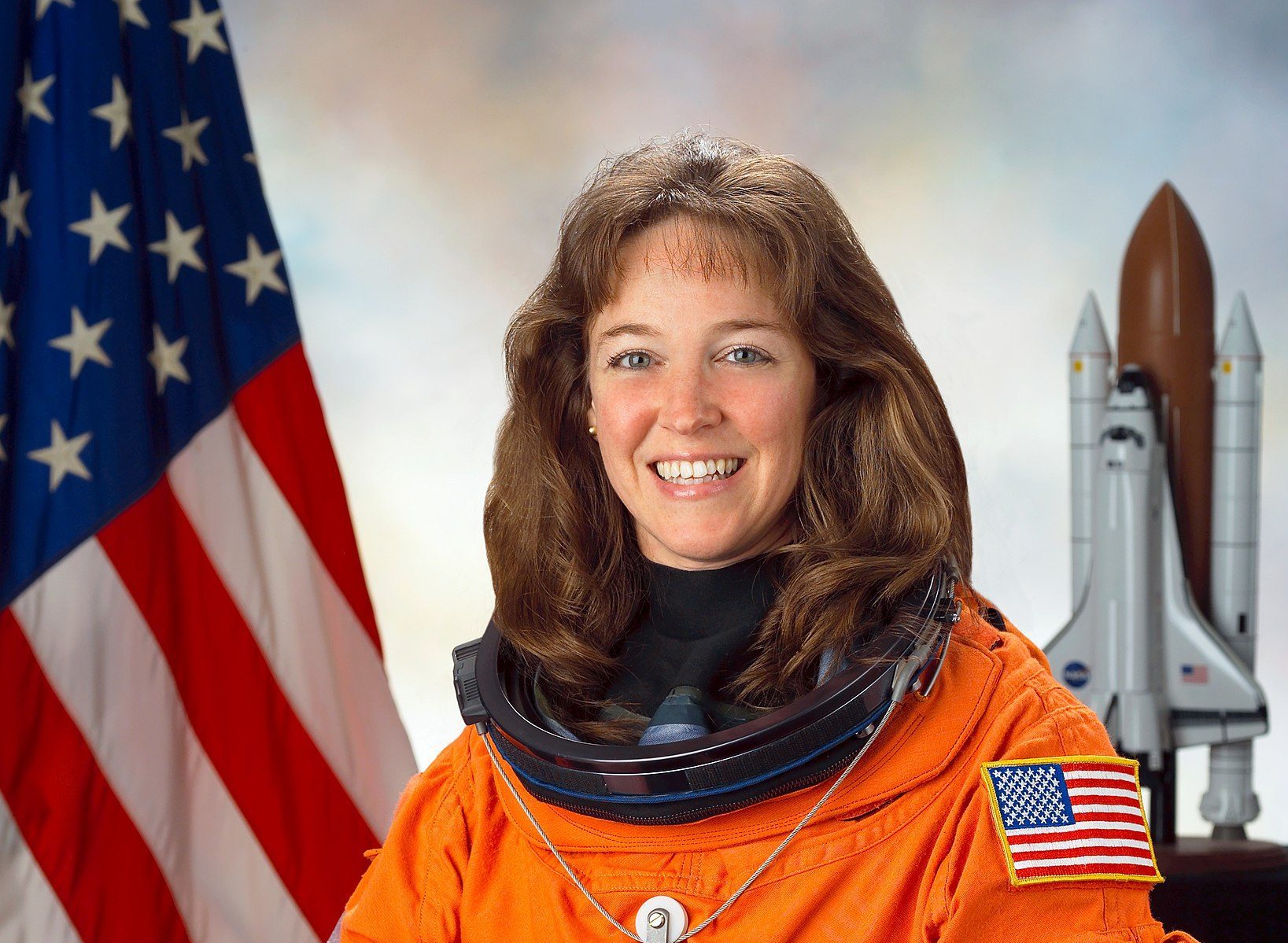 Former NASA astronaut and decorated U.S. Navy Captain Lisa Nowak charted the journey from earth to space with her genius mind and talent, but no one ever imagined that the dangerous lengths she would go for love would land her in court. After attacking U.S. Air Force Captain Colleen Shipman in February 2007, Lisa’s life took a turn for the worse, and she had to pay a heavy price for her actions.

Lisa Nowak’s shocking story has been loosely adapted into the Natalie Portman starrer sci-fi drama movie ‘Lucy in the Sky.’ After watching this fictionalized account of events in the Noah Hawley directorial, many are curious to know more about the case and how Lisa is doing presently. Let’s find out, shall we?

Who is Lisa Nowak?

Born on May 10, 1963, Lisa Marie Nowak (née Caputo) got interested in the space program at an early age after watching the Apollo 11 mission in 1969. To achieve her goal of being an astronaut, she became an all-rounder student during her school years and got accepted into the United States Naval Academy in Annapolis, Maryland. There, she fought severe gender discrimination to rise in rank and became one of the few women to be sent for flight training. 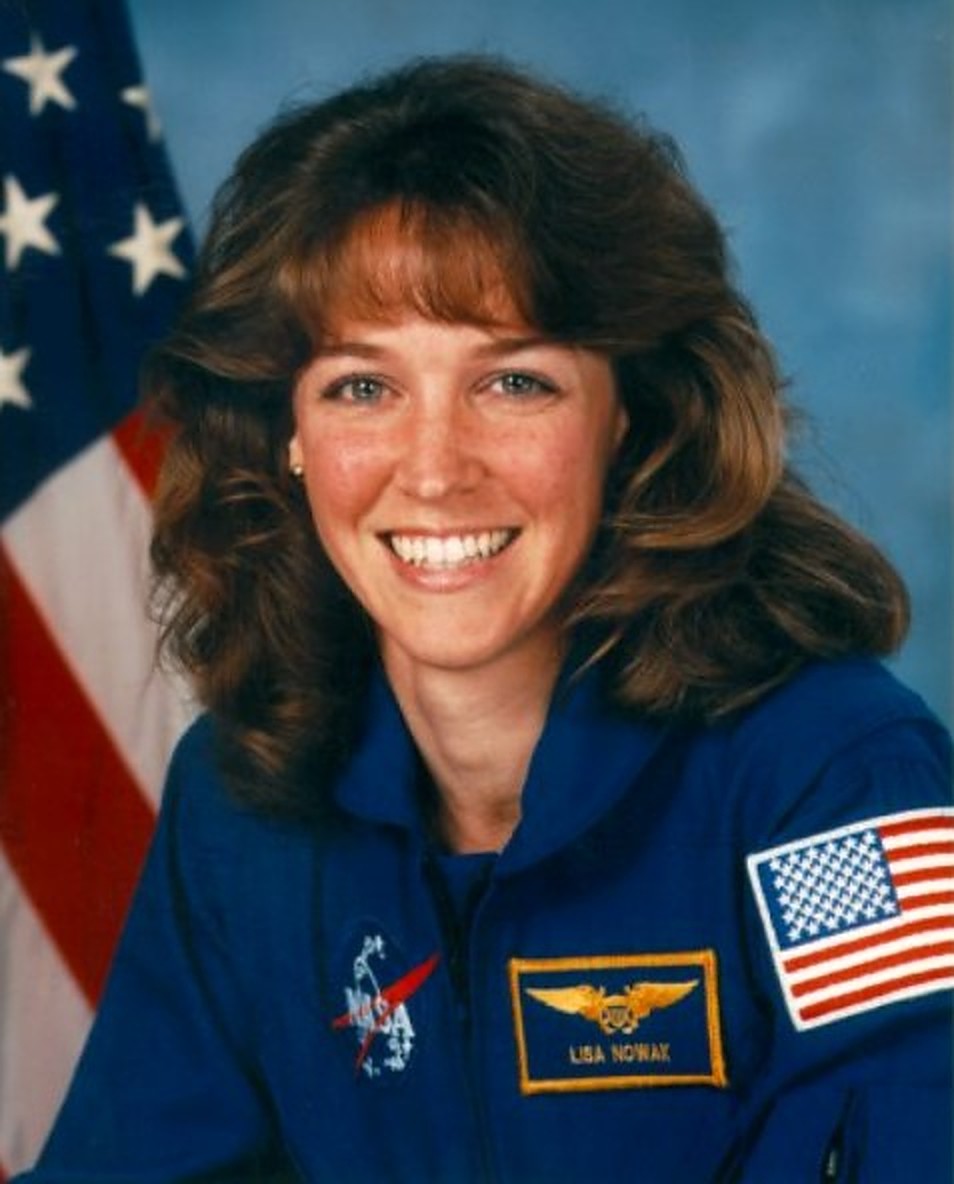 In April 1988, Lisa married her naval academy classmate Richard T. Nowak and the couple welcomed their son in 1992. In the meantime, she not just qualified as a Mission Commander and Electronic Warfare Lead but also earned a Master of Science degree in Aeronautical Engineering and a degree in Aeronautical and Astronautical Engineering. Later, Lisa worked as a Flight Test Engineer as well as in naval aircraft acquisitions and was awarded three prestigious medals. In 1996, she finally got accepted into NASA and after two years of grueling training and hard work, she completed her training in 1998.

Lisa gave birth to her twin daughters in 2001 and specialized in operating the Space Shuttle’s robotic arm. Her biggest achievement happened in July 2006, when she spent 12 days, 18 hours, and 36 minutes in space aboard the Space Shuttle Discovery. In 2004, trouble began brewing in Lisa’s life as she began an extramarital affair with William Oefelein, a fellow NASA astronaut with whom she first worked in 1995, and later reconnected during a training program in Canada. William and his wife divorced in May 2005, after the latter discovered his affair with Lisa.

By late 2006, the relationship fizzled out, and William began seeing U.S. Air Force Captain Colleen Shipman, who worked as an engineer at the Patrick Air Force Base, Florida. In January 2007, Lisa separated from Richard, and William eventually told Lisa about his new partner. As per reports, she took the news amicably, and they remained in touch while training for a charity bicycle race, much to Colleen’s disagreement. Unable to handle William and Colleen’s relationship, Lisa decided to confront the latter and drove 900 miles in Richard’s car on February 4, 2007, from Houston to Orlando, Florida.

The next day, Lisa went to the Orlando International Airport and waited for Colleen, who got late after her flight due to a baggage delay. She then followed her in a bus shuttle into the parking lot and ran toward her car after she got in. According to Colleen, her attacker began requesting her for a ride and tried opening the car door. The former relented and rolled down the window a bit, only for Lisa to spray the car with pepper spray.

Terrified, Colleen drove away to the parking lot booth and informed the police on call, who then arrived and arrested Lisa. She was caught discarding a bag that contained several weapons such as a BB pistol and ammunition, a steel mallet, and a folding knife, along with a trench coat, latex gloves, a black wig, and garbage bags. Upon arrest, Lisa was charged with attempted kidnapping, battery, vehicle battery, and destruction of evidence.

On February 7, 2007, Colleen submitted a handwritten request for a restraining order against Lisa in court and stated that she had been allegedly stalking her for two months. She was initially granted bail after pleading not guilty, but the police charged her with attempted first-degree murder with a deadly weapon in a second arraignment. Lisa posted bail and was made to wear a monitoring device to prohibit her from going near Colleen. She was further put on a 30-day leave from NASA and relieved of her duties as a serving Navy officer.

On April 10, 2007, further evidence obtained from Lisa’s car was released, such as details of Colleen’s flight, and more than 24 items such as money, a floppy disk with photos, an umbrella, flash drives, and bags full of unidentified medicines. Afterward, on May 11, 2007, surveillance footage of her waiting for Colleen at the airport baggage claim was released by the authorities. In August of the same year, Lisa’s monitoring device was removed, and she submitted documents asking for an insanity defense based on an evaluation by two psychiatrists.

After several back and forth, Lisa was ordered to undergo a psychiatric evaluation in April 2009, and her attorney withdrew the insanity defense motion the next month. On November 10, 2009, Lisa pled guilty to third-degree felony burglary and misdemeanor battery, and under a plea deal, was sentenced to one year of probation and 50 hours of community service. In addition, she was asked to write an apology note to Colleen. In 2011, Lisa’s court records were sealed at her request, for her family’s safety.

Where is Lisa Nowak Now?

Lisa Nowak is most likely in her late 50s and resides in Houston, Texas. After her removal from NASA, she remained on active naval duty and worked on developing flight training material for the Chief of Naval Air Training. Due to her adultery with William as well as the legal case that followed, Lisa was asked to retire as a commander with an other than honorable discharge on September 1, 2011.

Moreover, Lisa and Richard got divorced in 2008, and the custody of their three children was given to her. As far as we know, she was working in the private sector in 2017 and prefers to stay away from the public eye as well as media interactions. Lisa lives a peaceful life with her adult son and daughters and aims to put the past behind her.