Where Is Lori Brown’s Ex-Fiancé Now? 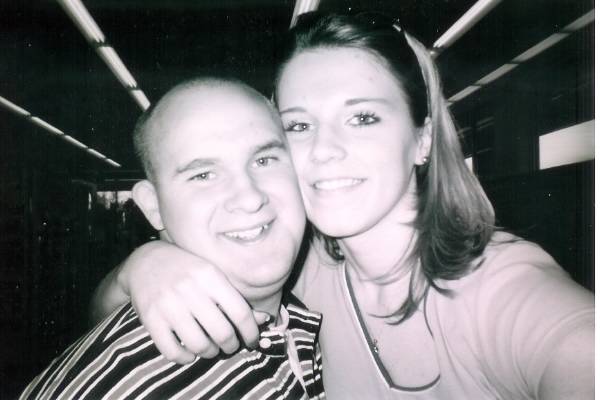 Investigation Discovery’s ‘Dead Silent: The Model Home Murders’ is an episode that chronicles the November 3, 2003, double homicide case of Lori Brown and Cynthia “Cyndi” Williams. The two real estate agents were slain in their sales office in Cobb County, Georgia, in a way that no one could have ever expected or imagined. And the worst part of it all was that Lori, who was only 21 at the time, had been planning for not just her growing career but also her upcoming wedding when everything turned upside down. So if you, like us, are curious to learn all about her then-fiancé, here’s what we know.

Who Was Lori Brown’s Fiancé?

Lori Brown’s then-fiancé, Johnnie Tuggle, was her entire life. They had started dating in August 1998, when she was a sophomore, and he was a junior at the McEachern High School in Powder Springs, Georgia. And soon, they fell in love and decided never to let each other go. Johnnie’s own family background is a bit on the broken side, with his father passing away when he was just a child and him not having a good relationship with anyone else, especially his mother, who he apparently claims abandoned him.

According to his youngest sister, Abagail Caldwell, though, Johnnie “has chosen to make a conscious decision to not speak to anyone in the family since he moved out of our family home as a young adult. He has since painted this narrative of our mother abandoning him, which is not true.” So when Johnnie met Lori and was welcomed into her family as one of their own, he couldn’t believe his luck. In fact, according to a few reports, Johnnie was treated as a Brown son, like Lori’s elder brother was, nothing less and nothing more.

In 2002, the couple took a significant step forward in their relationship. As Lori’s parents were moving into a new place, she and Johnnie bought her childhood home from them, marking it as the place where they would themselves expand their family one day. And although they got engaged in 2003, setting the date of their wedding to be September 25, 2004, they never got the opportunity to live out their dreams. After all, before they could even move in together, Lori was brutally slain. It was in late 2003 that Johnnie lost the first person who taught him what unconditional love meant, and yet, it was because and for her that he continued marching on.

Where Is Lori Brown’s Fiancé Now?

Exactly nine days after Lori lost her life, on November 12, 2003, Johnnie Tuggle graduated from the Cobb County Police Academy. As per reports, as Johnnie’s biggest cheerleader and motivator, Lori was someone who was always telling him that he would make it in life no matter what he decided to do. And so, when Johnnie graduated, he made sure to pay his respects to her in the way he could and thanked her family, the people whom he himself could never stop being grateful for.

Although not much is known about Johnnie Tuggle and his whereabouts now, some records suggest that he, residing in Woodstock, Georgia, and in his early 40s, is still a part of law enforcement. He is also said to have remained close with the Brown family and has even attended some of the Kennesaw State University Luncheons, where the Lori Brown Memorial Scholarship has been established. Johnnie may have even moved on in his life, but it doesn’t seem like he ever forgot Lori.