Where is Luka Magnotta Now? Is He Still Alive? 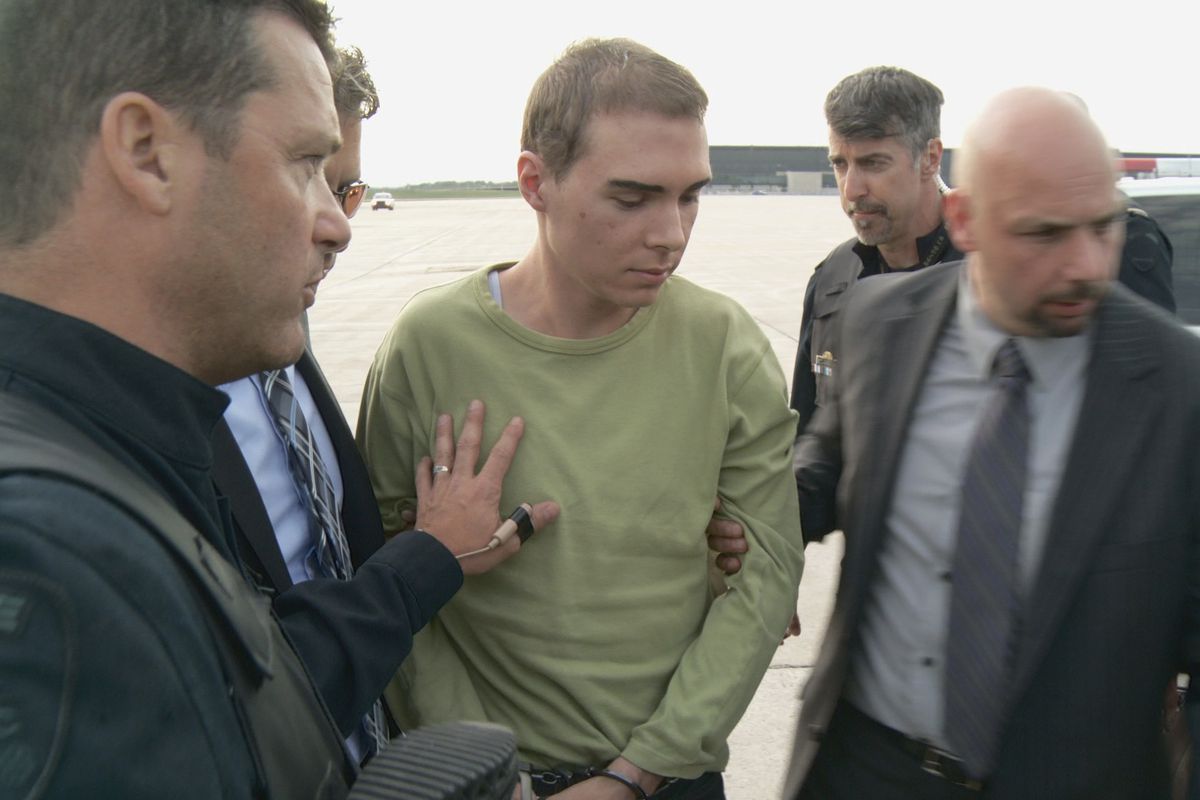 Luka Magnotta has once again managed to enter the spotlight and become the talking point, thanks to the latest Netflix docuseries ‘Don’t F**k with Cats: Hunting an Internet Killer‘.

Who is Luka Magnotta?

Born Eric Newman, on July 24th, 1982 in Scarborough, Luka spent early part of his childhood in the suburbs of Ontario, Canada. His parents, Anna Yourkin and Donald Newman, were high school sweethearts. They named him after the actor Eric Roberts. After his parents split, Eric went to live with his grandmother.

As early as 2003, he was into low-budget gay porn and stripping. His life of crime started with a conviction for fraud and impersonation. At the time, the judge recognized that this lad had several psychiatric issues. In 2005, Eric started using the name ‘Jimmy’, while in 2006, he officially changed it to Luka Rocco Magnotta. After applying for bankruptcy, Luka found that normal life was not offering him the recourse he wanted. As a result, he wanted to try his shot at the celebrity lifestyle. That did not pan out too well for him either, since he was turned down from two reality shows, and had to try and achieve fame online.

He started a rumor about dating serial killer, Karla Homolka. He also carpet-bombed google searches with dummy accounts and fake posts about himself. Finally, Luka decided that the best way to gain fame would be to break the unbreakable rule of the internet. He decided to mess with cats, that is, kill them cruelly. What started off with one video, soon escalated to more, and ultimately, he graduated to murdering an Asian student, dismembering him, and mailing his body parts to local politicians and schools. As ‘Don’t F**k with Cats: Hunting an Internet Killer’ shows, Luka was arrested for this crime finally. You might be wondering where he is currently, and we have you covered in that regard.

Is Luka Magnotta in Prison?

After a 10-week trial, Luka Magnotta was found guilty of first-degree murder, apart from four other crimes, including, committing indignity to a body, distribution of obscene material, transmitting said material through the mail, as well as criminal harassment. As a result, Magnotta was sentenced to life in prison and is serving a concurrent sentence of 19 years for the other four crimes. The earliest possibility for parole was stated to be in 25 years. Keep in mind, capital punishment is outlawed in Canada.

Considering that he was sentenced in 2014, Magnotta is still in prison and will remain so for at least next two decades. In fact, as per the last reports, Magnotta is being detained at the Pont-Cartier prison.

Where is Luka Magnotta Now?

As of 2015, he signed up for an inmate dating website and met Anthony Jolin, who is serving a life sentence for murdering a fellow inmate. The two got married, with Magnotta’s mother acting as the witness. As per reports, they got married on June 26, 2017, after Magnotta had posted that he was looking for a white man in good shape, aged between 28 and 38. He also stated that he wanted his partner to be loyal, emotionally and financially stable, well-educated, and committed to a long-term relationship. Jolin definitely fitted that bill (?).

Now that Magnotta is in prison, there is a book detailing his time there. It has been penned by true crime author, Brian Whitney, who teamed up with Anna Yourkin, Magnotta’s mother, for the book titled, “My Son, The Killer”. Although the book starts with an apology to the family of Magnotta’s victim, the mother maintains that her son is not a monster.

As for Magnotta himself, he seems to be haughty and above it all, believing that society is sick for having lied about him. He does not seem inclined to agree that his acts were motivated by a need for attention. Magnotta has gone on to say that he happens to love kittens and didn’t kill them, while also saying that news of his fake online profiles has been the work of internet trolls. The book succinctly details how Magnotta has been spending his time in prison, attending movie nights and language classes.

Both the book and the recent Netflix documentary make the claim that the stories might go too close to giving Magnotta exactly what he wants, that is, attention. However, it is important to get this story out to the public, and the narcissist killer just happens to be at the center of the tale.

In conclusion, ‘Don’t F**k with Cats: Hunting an Internet Killer’ introduces us to a vain killer, who committed acts of horrific violence for attention. Now with this Netflix documentary, he seems to be getting exactly that. However, Magnotta is safely in prison, and his face is so recognizable that the infamy he wanted so long, might just come back to ruin the rest of his life, even if he does get out of jail. It is not a tale to glorify someone’s need for validation, but rather to prove the dangerous extents that we are willing to go to, in order to get this validation. Luka Magnotta, with his skewered views of society, is definitely coming to terms with that behind prison bars.