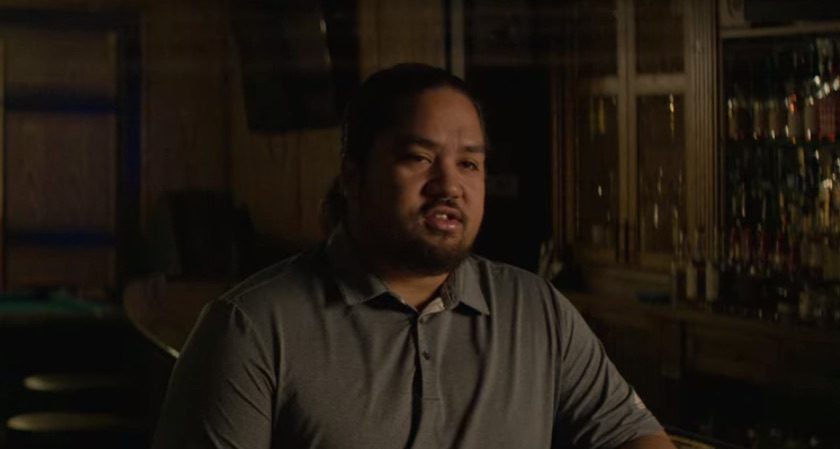 ‘Untold: The Girlfriend Who Didn’t Exist’ follows the story of Manti Te’o. He was catfished by Naya Tuiasosopo, who posed as a girl named Lennay Kekua. It started as small talks and trivial conversations, but then, as they found more common ground between them, a relationship developed. It ended tragically when Manti discovered that Lennay had died. The fact that he’d never even met her stood out as a red flag that only revealed its importance much later. In the Netflix documentary, we hear the experiences of Manti’s family, including his cousin Shiloah. Where is he now? Let’s find out.

Where is Shiloah Te’o Today?

Hailing from Laie, Hawaii, Shiloah Te’o lives in California. He is married to Alexis Te’o, with whom he has four children. Being a football player is like a family tradition for Te’o, whose brothers — Malosi and Levi— have also gone into the same field; the most notable of them is his cousin, Manti Te’o. Shiloah went to Brigham Young University, but in his sophomore year, he was dismissed from the team for an “undisclosed violation of team rules.” Following this, he went to the Oregon State University football team.

Currently, Shiloah serves as the football coach at JSerra Catholic High School in San Juan Capistrano, California. He came into the focus of the controversy surrounding Manti Te’o and his dead girlfriend when it came to light that he, too, had had some form of communication with her before his cousin got in a relationship with her. Growing up together, Manti and Shiloah had a special relationship. Manti’s father, Brian Te’o, said, “Manti and Shiloah are like husband and wife. They are so close. They’re, like, always talking to each other [by phone] all the time and at all times of the night.”

It was watching Shiloah and his brothers play football that Manti got interested in the game. His father was coaching the youth teams at that time, and Manti wanted to be just as good as his cousin. Talking about the intense training that Manti went through in his young years, Shiloah said: “I remember Manti always telling us how his head was ringing the next day because Uncle Brian was whacking a pot across his helmet for like one hour straight. Trying to tell him, ’Don’t worry, nobody is going to hit you harder than this right now.’” He credits this hard work from a young age to the success that Manti found later.

It was because they’d been so close growing up and playing together that Manti turned to Shiloah when he needed to verify things about Lennay. “Initially when I started to talk to her, obviously, I didn’t see her yet, so I asked other people who knew of her and who had history with her. I reached out to my cousin and asked him. Shiloah, my first cousin. I asked him do you know this girl Lennay? And he said, ‘Yeah, I know this girl Lennay.’ And I said, ‘Is she real?’ And he said, ‘Oh, yeah, she’s real, bro, she’s real,'” Manti said.

Of course, at that time, no one knew that it was really Naya Tuiasosopo who was masquerading as Lennay, using Diane O’Meara’s pictures. No one else had come as close to her as Manti did because she would break things off at the first prospect of a meeting. So, he didn’t think too much about why he’d never seen her. In the documentary, Shiloah said he had limited interaction with Lennay and never meddled with his cousin’s relationships. Beyond this, Shiloah has refrained from discussing the incident with the media. He prefers to stay away from the spotlight and live peacefully with his loved ones.

Read More: Where is Manti Te’o Now? Is He Married?