Where is Maria Catabay Now? 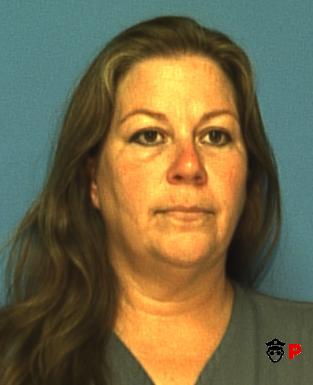 True-crime, as a genre, has shot up in popularity in recent decades. Well-researched reports and interviews with the professionals (doctors, lawyers, journalists) who are relevant to the case have brought some rather heinous crime to the forefront of our TV screens. Such shows have also provided us the opportunity to learn more about the dark crevices of the human psyche from the comfort of our beds.

But what about the loved ones of a victim? Well, this is where Investigation Discovery’s ‘Living a Nightmare’ comes into play. While the show discusses the crime, it also details how officials work for the families to bring forth some justice and closure for them. In an episode titled ‘The Good Doctor,’ the murders of an octogenarian psychiatrist and his son have been discussed. We explore the details of the incident and one of the culprits in this article.

According to Public Police Records, Maria Catabay was born on October 1, 1964. In 2003, she was working for Dr. Paul Jarrett as his office manager and was dating Juan Carlos Fernandez. She was also held liable as the mastermind behind the incident that ended up costing Dr. Jarrett and his son, Gregg, their lives. So what transpired that night?

It all started when Maria had confessed to her employer that she had been embezzling money from him in a letter. However, she felt the need to retrieve it from Dr. Jarrett’s person. So she sent her then-boyfriend, Juan Carlos Fernandez, to the doctor’s house to find the letter and bring it back. In fact, he had also taken another accomplice, Jose Barco, along that night. It must be noted that both men blamed each other as the actual shooter, and are now serving their respective sentences.

The medical professional lived in Coral Gables, Florida, and was asleep when the intruders barged in. The same was the case with Gregg, who was 47 years old when he died. He, too, was a father and was pursuing a second career as a nurse. The execution-style murder was a result of a burglary gone wrong, implying that the two may have still been alive if it weren’t for Maria’s orchestration.

Where is Maria Catabay Today?

Maria was acquitted of murder in 2009 but was found guilty on charges of burglary. The Miami Herald had reported that since this was her first conviction, she could have gotten probation. However, this was not the case. At her sentencing, Miami-Dade Circuit Judge Stanford Blake stated that Maria had already been given a second chance by her boss when he did not turn her in for embezzlement.

For her involvement in the crime, Maria was sentenced to 30 years in prison. She is reportedly at the Homestead Correctional Institution in Florida. It would take longer to get her boyfriend convicted, but in 2016, he was found guilty as well.