Where Is Mark Vicente Now? 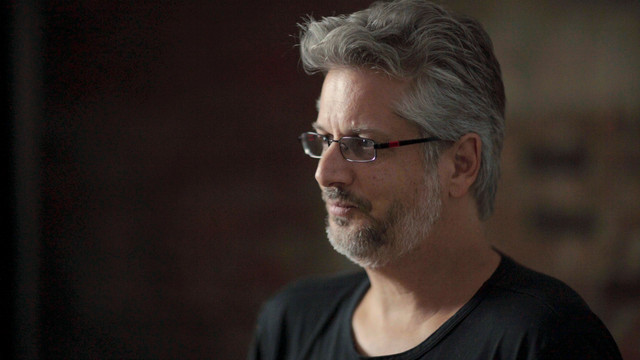 When Keith Raniere was charged, arrested, and convicted of sex crimes, including that of trafficking, conspiracy, and racketeering, his company, NXIVM, that he founded to be a self-help organization, became known as nothing more than a sex cult. However, the new HBO documentary series, ‘The Vow,’ shows how it can be more. Following a number of people who have been deeply involved in the self-improvement group over the course of several years, it highlights the abuse as well as all that went on behind the scenes and away from the sex sorority. One such individual that was followed and who shared his own experiences was cinematographer Mark Vicente.

Who Is Mark Vicente?

Born on June 22, 1965, in Johannesburg, South Africa, Mark Vicente is an author, speaker, and award-winning writer, director, and cinematographer. Along with all this, he is also a former member of NXIVM. He joined the group in 2005 with his wife Bonnie Piesse, and had recorded his experiences in it. From how he felt as if it was genuinely helping him improve himself to how his wife’s misgivings became his own after a while, we saw it all. Like most individuals, Mark had been drawn into Keith Raniere’s orbit because of his charming words, and soon, he found himself to be Keith’s ally and confidant, so much so, that he was legitimately a part of his inner circle before deciding to leave.

It took a while, but Mark finally understood that the organization operated like a cult, which even we saw with how NXIVM’s Executive Success Programs, or ESP, were transformed into a near-religious demonstration. In 2019, when Keith was on trial, Mark testified against him. He said that the “Vanguard” cultivated a reputation to be one of the world’s top three problem solvers. For the organization, he said that it just exploited innocent individuals. “It’s a fraud. It’s a lie,” he revealed. “It’s this well-intended veneer that covers horrible, incredible evil.”

Mark Vicente even went as far as to admit that he was ashamed to be a part of the cult in a senior position. He had spent 12 years in NXIVM and wasn’t happy about it looking back, at all. During his testimony as a witness, he also revealed that Keith often talked to him about the kinds of films that he wanted to make and once suggested that they pay a family $1 million to be filmed and portrayed as a cult, only for it to be revealed as a lie in the end. Within NXIVM, Mark recalled, Keith refused to use the word “cult” and said that a thing like that didn’t exist.

Where Is Mark Vicente Today?

No longer associated with NXIVM, Mark Vicente is focusing on his self-improvement on his own and is ensuring that no one else is exploited or harmed in the way that he was in his 12 years. That is precisely the reason why he agreed to be a part of ‘The Vow.’ In an interview with Vanity Fair recently, he recalled his decision to leave the organization and how that prompted him to film his experiences, which were shown in the series. “I began to understand what was going to happen to us [when we revealed that we wanted to leave]. They had so much money, so much power, I realized, ‘Oh they’re going to frame us for a whole bunch of things.’ … I realized I had to document everything because, if this thing went south, and they turned it around on us, then I had to have some kind of proof of what we were actually trying to do.”

He also said that the “sex cult thing doesn’t explore deeply enough what happened to everybody. It’s much more complex…It’s one of those double-edged swords. The very thing that actually demeans many people that were trapped in this thing is also the very thing that got everybody’s attention.” Now, although Mark resides primarily in Los Angeles with his wife because of the kind of work that he does, he also distributes his time between Lisbon and New York. As per his Twitter bio, he is a supporter and is always “In Awe of Science, Activism, Empathy and Art.”