Where Is Mary Jo Buttafuoco Now? 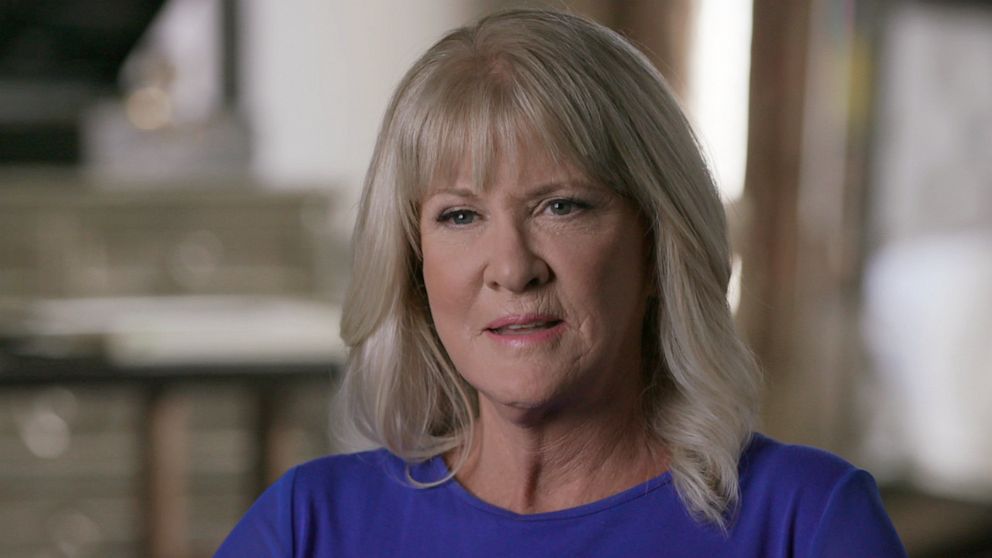 The Buttafuoco family has been subjected to tabloid stories, made for TV-movies, and even other television specials for nearly the past three decades, all because of a tragic day in 1992. It all began on May 19, when Mary Jo Buttafuoco was shot in the face by a 17-year-old girl named Amy Fisher, who was having an affair with her husband, Joey Buttafuoco. Now, even ABC’s ’20/20′ is covering their story in a two-hour special entitled ‘Growing up Buttafuoco.’ The special focus is, of course, on how Mary Jo survived the attack and moved forward from it.

Who Is Mary Jo Buttafuoco?

Born on May 15, 1955, Mary Jo Buttafuoco (née Connery) was shot, just once, by her husband’s lover, Amy Fisher, on the porch of her home in Massapequa, Long Island, New York. That day, Mary Jo was following her normal routine – she woke up, sent her kids to school, and was at home doing chores when the doorbell rang. It was Amy, who claimed to be 19-years-old and said that her name was “Anne Marie.” She fed Mary Jo a story about how Joey was having an affair with her (non-existent) 16-year-old little sister (herself), and then, after Mary Jo thanked her for coming by with this information, Amy took out the gun and aimed right for her head.

The bullet broke Mary Jo’s jaw, severed her carotid artery, and then lodged itself at the base of her brain, right above her spinal column. Thankfully, though, she was found early and rushed to the hospital. But, even after a seven-hour surgery, the doctors could not remove the bullet. They were worried that she might not recover and make it out alive, but she did, and she even helped in identifying her shooter. Following that, when the news of why Amy shot Mary Jo came out, her world crumbled up even more. She kept asking her husband, over and over again, if he was indeed sexually involved with Amy, but each time, he swore on their children’s lives that he wasn’t.

And so, the two stayed together. Even when the truth came out and Joey was sent to jail for statutory rape, she stayed with him. By 1996, Mary Jo was depressed and even suicidal, thanks to the media attention and the trauma that she faced. Then, because their home had become a sort of tourist attraction, she moved to Los Angeles, California, with her husband and two children. While there, things got even worse when she realized that she had a drug addiction as well. For a while, she blamed everyone but Joey and believed that she couldn’t ever leave him, but in the end, in 2003, after she got better, she filed for divorce.

Mary Jo revealed why she took so long to divorce Joey to Oxygen, saying: “I wasn’t strong enough. I was physically sick, I was mentally sick. I had gone through this. I had post-traumatic stress disorder. He was very good to me and very good to the kids, taking care of us. We had a close-knit family. His family and my family have known each other for all of our lives. We were high school sweethearts. We were together 20 years before all of this.”

Where Is Mary Jo Buttafuoco Today?

Even after Mary Jo divorced Joey, she stayed in California – 3000 miles away from her support system. In 2006, with the help of rehab and therapy, she was finally ready to move forward from the trauma, in every sense. Therefore, she underwent a facial reconstruction procedure to restore her symmetrical balance and to gain back her ability to smile. Then, she got surgery to widen her ear canal to improve her hearing and to prevent any infections. Even with that, though, Mary Jo’s face is still partially paralyzed and she’s deaf in one ear. Plus, to this date, the bullet remains inside of her.

In 2012, Mary Jo found love and happiness again when she married Stuart Tendler, a Las Vegas, Nevada, native, and a New York-area businessman. However, they divorced as well, and it was a nasty one. “My wife and I entered into a bonafide marital relationship and co-habitated together as husband and wife. However, we are incompatible in marriage. That is, our likes, dislikes, tastes and personalities are so divergent we can no longer live together as husband and wife,” Stuart wrote to the court, according to Radar Online. By 2018, they had separated, and he had remarried. That year, Stuart passed because of cancer.

Sixteen years after the shooting incident, Mary Jo wrote a book to tell the world her story. She titled it: “Getting It Through My Thick Skull: Why I Stayed, What I Learned, and What Millions of People Involved with Sociopaths Need to Know.” She discusses every aspect of her life and the shooting in this book. As for where she is now, Mary Jo has taken back her maiden name and is currently, happily, living as Mary Jo Connery in California. She also actively works as a motivational speaker and has used her story to raise awareness about facial paralysis. Her life has been incredibly hard, but Mary Jo has definitely made the most of it. (Featured Image Credit: ABC News / 20/20)