Where is McKenzie Goodwin From Nailed It! Season 6 Now?

‘Nailed It!’ is a Netflix original competition series that follows home bakers with a particularly bad track record as they try to replicate complex cakes and confectioneries in a limited time to redeem themselves. Unlike shows like ‘Masterchef’ and ‘The Great British Bake Off,’ the competitors here are pretty clueless and merely hope to win the $10,000 grand prize by proving that they can do something bigger and better. Therefore, now that season 6 has aired, let’s dig deeper and learn more about McKenzie Goodwin, the winner of episode 2, ‘Paranormal Pastries,’ shall we?

Who is McKenzie Goodwin?

McKenzie Goodwin is a comedian, actress, and producer who has been in the entertainment industry for nearly a decade. More importantly, though, she has been a fan of ‘Nailed It!’ almost since it premiered. After all, as per her account, she and her girlfriend watch an episode of this series every single morning, presumably for some light-hearted downtime, despite McKenzie not liking to show any emotions. This fact goes to such an extent that she explained she would not jump, squeal, or get excited if she won; she’d keep her face as it always is — stoic. Except, we did catch McKenzie smiling several times thanks to host Nicole Byer’s shenanigans. 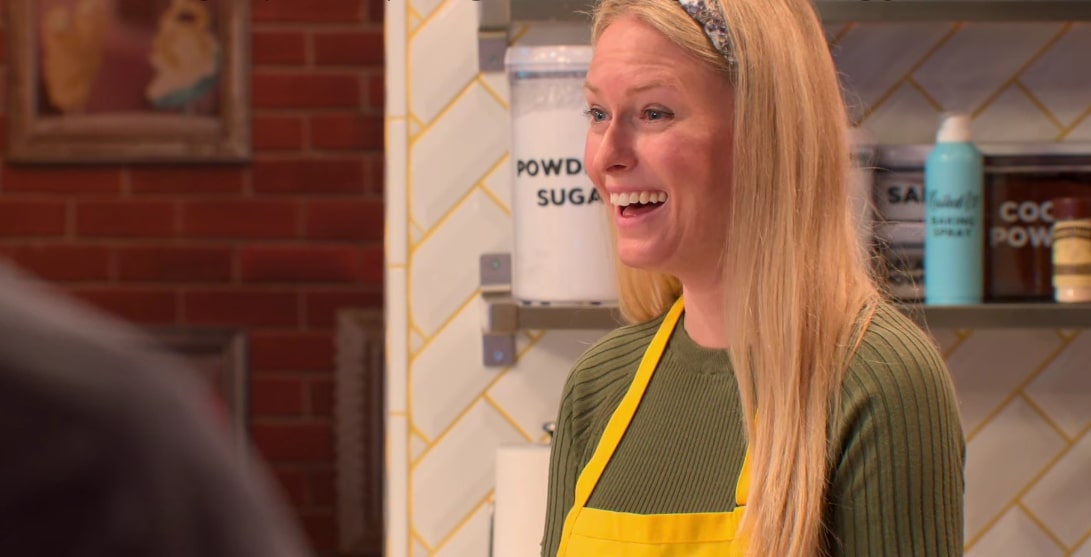 Coming to McKenzie’s journey on the show, she had to recreate a candied apple in the first round. The shell was hard due to too much coverage, but her fondant work made it “otherworldly,” as requested. However, the best part was that her sarcasm and comedic side came out in the process. She won the challenge based on flavor alone, earning a baking toolset to help her at home as well. In round 2, where the test was to bake a Loch Ness Monster cake, McKenzie followed the recipe and her guts in equal parts to end up with a turtle-looking yet impressive dessert, which gained her the grand prize, a trophy, and a lifetime of bragging rights.

Where is McKenzie Goodwin Now?

From what we can tell, McKenzie Goodwin continues to reside in the City of Angels — Los Angeles, California — and serve in the industry as a touring comedian, producer, and podcast host. She is signed with Agency for the Performing Arts (APA) and is currently doing the More Than Friends Live! show with her best friend, Rachel Scanlon. This dynamic duo also has the ‘More Than Friends With Ray and Kenz’ podcast, where they talk about queer dating, the importance of sex positivity in the nation and the LGBTQ+ community, and their own bond with the help of segments.

As for McKenzie’s romantic relationship, she is blissfully involved with Erica Citarelli. From sharing vacation snaps to loved-up and cozy pictures, this couple is not shy about their connection, and honestly, they are so adorable that we’re already a little invested in their bond. Apart from all this, we should also mention that McKenzie was the director, writer, and producer for ‘Dwarf Beard’ (2012), produced ‘One More Bottle’ (2013), and played the role of Emma in ‘House Arrest’ (2015), amongst other credits.