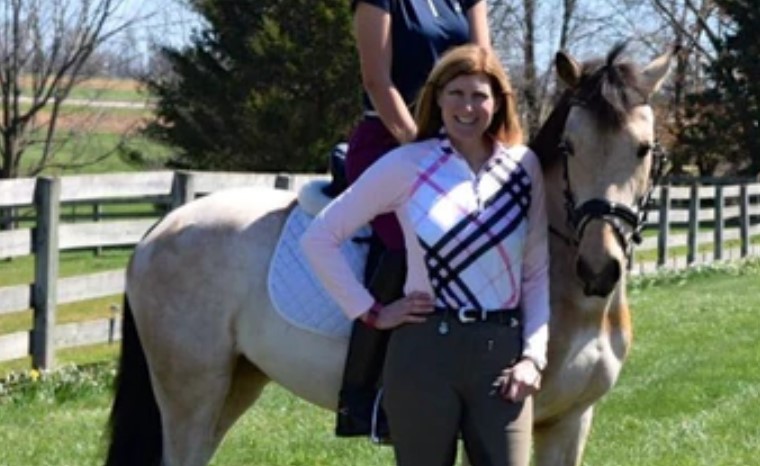 Michael Barisone, an established dressage trainer, stood trial in March 2022 for a shooting incident that occurred on his horse farm in New Jersey. What happened was the culmination of months of back and forth between him and Lauren Karanek, one of his students. CBS News’ ‘48 Hours: The Shooting of Lauren Kanarek’ focuses on what happened in this case and explores Michael’s acquittal. He was well supported by many, that included his girlfriend, Lara Osborne. So, let’s find out more about her then, shall we?

Who is Lara Osborne?

Lara Osborne first met Michael Barisone in the summer of 2018. At the time, she enrolled her daughter, Jordan, in a dressage clinic run by him. Later, Michael coached Jordan at a national championship in Illinois, and the teenager later stayed on his farm in New Jersey as a student worker. Lara’s relationship with Michael initially started as a friendship. She said, “He is very charismatic with a wicked sense of humor, exactly like my sense of humor, so I totally got it. He’s the kindest person I’ve ever met, and he would bend over backwards for [my daughter].”

The incident occurred on August 7, 2019, sometime in the afternoon. That day, Lara was on the farm with her daughter. Michael had taken a gun from his office and marched down to the house where Lauren was staying with her fiancé, Robert Goodwin. This came after days of escalating conflict where Lauren often posted inflammatory messages about Michael online, and the dressage coach accused her and Robert of harassing him and squatting on his property.

It ended with Lauren suffering two gunshot wounds in the chest and Robert subduing Michael until the police arrived. After the arrest, Lara lent her support to Michael and visited him regularly while he was being held behind bars. Although she didn’t remember exactly when it happened, she said their relationship “grew from there.” In April 2022, Lara stated, “I stepped up to help a friend in need when others ran away. Over time, that friendship grew into much more. I am proud to say Michael Barisone is my best friend and my life partner.”

Lara added, “The past month has been sheer hell; I have watched the person that I love be torn apart, all of his mental health issues thrust out in the public for all to see, and all of his deeply private and personal fears exposed.” She stayed in Michael’s corner throughout and was ecstatic when he was acquitted of all charges in April 2022. Lara has also helped him with finances by starting a GoFundMe page to raise money for his legal costs. So far, Lara has raised more than $60,000.

Where is Lara Osborne Today?

Lara Osborne asserted that it was essential for Michael’s well-being for him to attend therapy. She added that while Michael may get back to riding and coaching at some point, the priority was to get him back home for now. Lara, a Delaware native, currently lives in Loxahatchee, Florida, and is a committed mother to Jordan.

A post shared by The Collected Pony LLC (@thecollectedpony)

Lara is also an equestrian and dressage rider who founded The Collected Pony in 2017. The company specializes in manufacturing tack and other products designed specifically for ponies and smaller horses, simultaneously injecting a sense of style. They also provide attire options for the rider.