Where is Mila in the Multiverse Filmed? 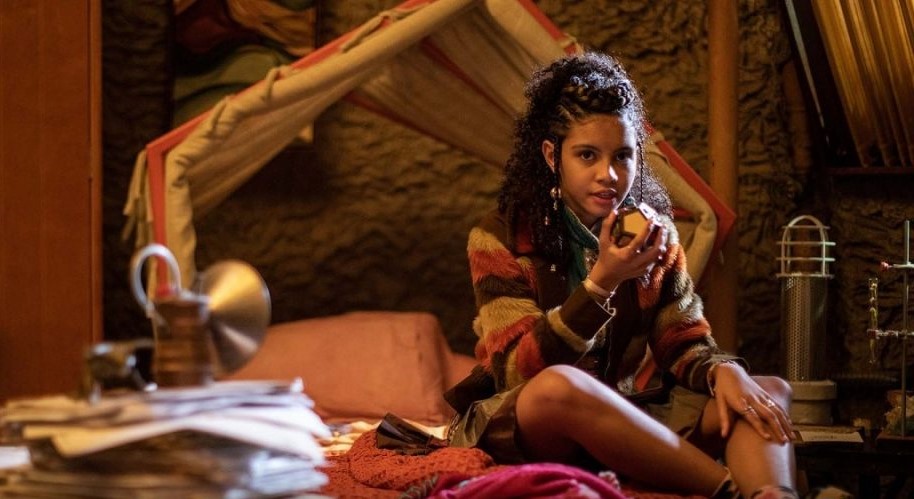 Disney+’s ‘Mila in the Multiverse’ (originally titled ‘Mila no Multiverso’) is a Brazilian science fiction comedy series that revolves around Mila, who receives an unusual and special present on her 16th birthday that allows a person to travel to different parallel universes. Using the device, her mother disappears into another parallel universe. So, Mila must do the same and look for her mom across different universes. What makes things all the more complicated is when Mila gets hunted by a mysterious group called Os Operadores as she has found out about the existence of parallel universes.

She must take the help of her friends — Juliana, Vinícius, and Pierre — and search for her lost mom together while dodging the attacks from Os Operadores across different universes. The action series features impressive performances from some young actors and actresses, including Laura Luz, Malu Mader, Yuki Sugimoto, Dani Flomin, João Victor, and Rafaela Mandelli, keeping the viewers invested through each episode. Moreover, the use of different locations is likely to make one curious to find out where ‘Mila in the Multiverse’ is shot. If you have been wondering the same, we have got you covered!

Mila in the Multiverse Filming Locations

‘Mila in the Multiverse’ is filmed in its entirety in Brazil, specifically in São Paulo. As per reports, the principal photography for the debut season of the science fiction series commenced in early November 2021 and wrapped up after a month or so, in December of the same year. So, let’s not waste any time, and follow Mila across the universes to get a detailed account of all the specific sites that feature in the Disney+ show!

All the pivotal sequences for ‘Mila in the Multiverse’ are lensed in and around São Paulo, the capital of the eponymous Brazilian state and the most populous city of the nation. The production team utilizes the facilities of Estudios Quanta at Rua Mergenthaler, 1000 – Vila Leopoldina in São Paulo, which serves as the primary production location for the series. The Brazilian film studio is home to a group of complete and integrated stages, open outdoor areas, dressing rooms, cafeterias, connecting streets and sidewalks, and numerous production rooms. All these amenities make it a suitable filming site for all kinds of productions, including ‘Mila in the Multiverse.’

Apart from that, several scenes for the series are seemingly taped in different locations across the city as well. Located in the Southeast Region of Brazil, São Paulo has the largest economy in terms of GDP in Latin America as well as the Southern Hemisphere. Also known as the Land of Drizzle, the city is home to many landmarks, parks, museums, and monuments, including the Ibirapuera Park, the Museum of the Portuguese Language, the Museum of Ipiranga, the São Paulo Museum of Art, and the Latin American Memorial.

São Paulo’s vast and versatile landscape doesn’t only attract tourists, but also numerous filmmakers for shooting purposes, every once in a while. As a matter of fact, it has hosted the production of many film projects over the years. Besides ‘Mila in the Multiverse,’ its locales have been featured in ‘Zoom,’ ‘Buddies,’ ‘3%,’ and ‘Back to 15.’