Where is Morgan From Laguna Beach Now? 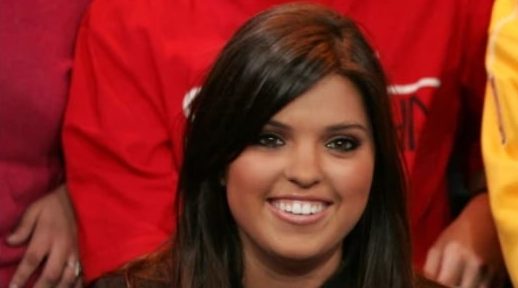 MTV’s ‘Laguna Beach: The Real Orange County’ follows a group of well-off students and their complicated friendships and relationships, parties, and group outings, together with beautiful vistas of Laguna beach, in an effort to portray the lifestyles of real high school students in Orange County. It had a high school drama setting when it first debuted in 2004 but eventually turned its focus to the private lives of a selected group of elite youngsters. Due to the love, conflicts, and adventures they experience, teenage dramas are frequently displayed in reality shows that appeal to a large audience.

As the series chronicles the daily struggles that senior Laguna Beach High School students face in their friendships and relationships, people slowly got hooked on it and their lives even after the students left the show. One such Laguna Beach teenager who was highly present in season 1 but left the place after that is Morgan Olsen. Since her fans must be wondering about her current whereabouts, we’ve gathered detailed information about the former reality TV star. If you’re curious about the same, here’s everything you need to know!

Morgan Smith (née Olsen) appeared on ‘Laguna Beach’ when she was an 18-year-old newly adult high school student trying to live her best senior year. Although she was in her senior year, Morgan was a secondary cast member. She was great friends with primary cast members and classmates Lauren Conrad and Christina Schuller but was closer to and a best friend of the latter. Morgan was primarily believed to be a conservative friend among the group members, which became more evident when she decided not to go on the Cabo trip for spring break with the rest of the members.

During her time on the show, which was only in season 1, Morgan was generally the friendly, kind, and cheerful girl who stood up for or took her friends’ side whenever necessary. She was pretty excited about the show and the significant events of school, such as prom night and graduation day. “I thought it would be a fun experience to do with friends and also a way to capture my high school experience on film,” she said about joining the show.

On her prom with her date, Gary, Morgan went to have a stress-free time keeping her excitement intact. Later in the night, she also talked about being sad about losing her friends to college but remained hopeful about her future. Throughout her journey, Morgan was quite focused on attending Brigham Young University (BYU), a Mormon school, and finding the right Mormon man to marry. Ultimately, she did achieve her dream by going to BYU and graduating in 2008 with a bachelor’s degree in Humanities and Journalism major.

Where is Morgan Smith Today?

After appearing in season 1 of the show, Morgan went to her dream college and left her association with the reality show. She chose to be away from the limelight and worked on her plan of finding a Mormon husband. Morgan also talked about her time on the show in an Instagram live with an account named Laguna Biotch, where she mentioned that she was present way more than what was shown on the show, and most of her appearances did not make the final cut.

However, we’re happy to inform you that Morgan is in a happy place as she found her Mormon husband, Joel Smith, and they got married in September 2010. The couple, in fact, met in college, fell in love, and even maintained a long-distance relationship — when Morgan lived in New York to start working for a while — before finally getting married. “I did the things I think I would have wanted regardless of being on a TV show: graduate college, travel, get married, and start my career in New York and now Los Angeles,” she said in an interview with Time.

At present, they are a family of five, including their three children — 8-year-old son Theo, 6-year-old daughter Georgia, and 2-year-old son Julian. Morgan also runs a successful swim garment brand called Minnow Swim, which she expanded to a clothing and lifestyle brand and later to Minnow Kids. She has slowly grown her business immensely, opening up stores in Los Angeles.

The family moved to Charleston, South Carolina, in 2019 and have now settled there into their new lives with new people. They all love hanging out with their new friends in Charleston while also going on vacations, whether just the couple or the whole family. Thus, as Morgan lives and thrives in her new roles, we only wish her more success and happiness in the future ahead.

Read More: Where is Jessica From Laguna Beach Now?