Where is Natascha Kampusch Now? Is Wolfgang Priklopil Still Alive? 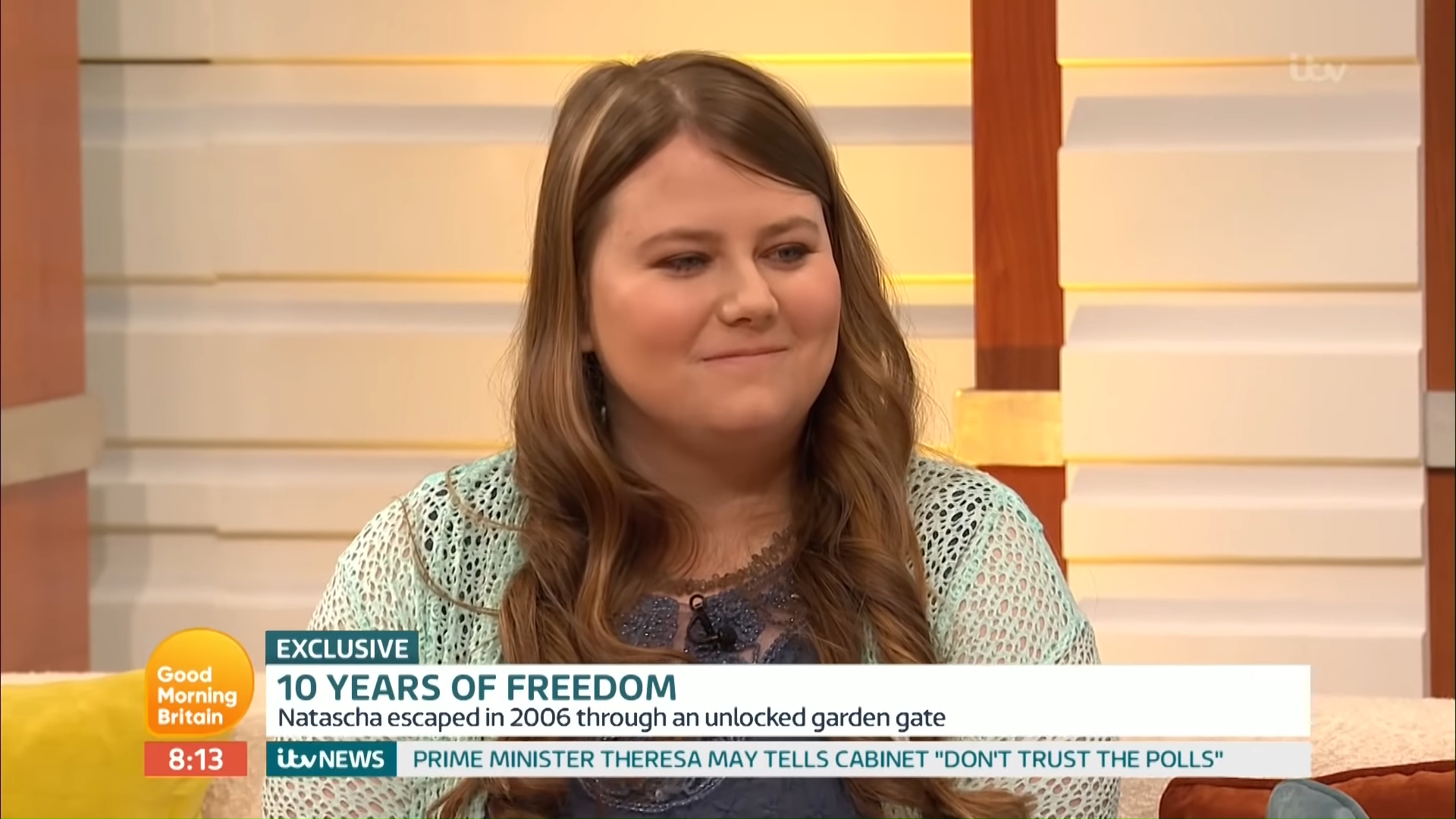 One of the world’s most highly publicized kidnapping cases was that of Natascha Kampusch, who was kidnapped at the age of 10 and kept imprisoned by her kidnapper, Wolfgang Priklopil, for more than 8 years. The young girl was on her way to school when she was abducted by Priklopil, and with an eyewitness who was 12 at the time, authorities were unable to locate her, despite mounting a massive investigation. When Natascha finally escaped, her story was heard and discussed across the world and is, to this day, considered to be one of the most heinous crimes ever committed.

Several books, shows, and even movies about the incident have been produced since, including the 2013 German drama ‘3096 Days,’ directed by Sherry Hormann and starring Antonia Campbell-Hughes (who you might know from ‘The Other Side of Sleep’). Although Natascha Kampusch, fortunately, survived the ordeal, the case remains much talked about as few people have lived through an experience like Natascha did and lived to tell the tale. Let’s explore this chilling incident and the events that followed it.

Who Are Natascha Kampusch and Wolfgang Priklopil?

Natascha’s 8 and a half year ordeal started on March 2, 1998, when she was kidnapped by Wolfgang Priklopil in a white van and taken to his house, where she was kept imprisoned in the cellar beneath his garage until her escape in 2006. The room used to hold her captive was a tiny, windowless cell with only a small plastic exhaust fan for ventilation. It was soundproofed and accessed through a trapdoor in the garage which led to a cellar. It was hidden behind a shelf in the cellar was a hole in the concrete wall that led into the room. Natascha claimed in an interview that it took almost an hour to access her cell.

During her time as Priklopil’s hostage, Natascha was regularly beaten and threatened and later admitted to being raped by her captor. She was also starved so that she would not have the energy to escape. When she was allowed outside her cell and into the house, it was under constant threats from Priklopil, who claimed that the doors were rigged with explosives and that if she tried to escape, he would murder her and the neighbors.

However, being kept imprisoned for so long also resulted in some form of empathy and connection developing between the two. Natascha remembered asking him to tuck her into bed and tell her a bedtime story, which he did. This however became rare as she got older and Priklopil became more dominating and violent towards her. While there are other instances of him being rarely “compassionate” towards her, Natascha had to endure years of trauma at his hand.

Natascha finally escaped on August 23, 2006, when she was washing Priklopil’s car and was briefly left alone when he went inside to attend to a phone call. After getting a safe distance from the house so he wouldn’t find her, she finally found someone who believed her and was able to contact the authorities. Shortly after, she was taken into custody and her cell was discovered by the police. Priklopil, however, had decided to end his life.

Where is Natascha Kampusch Now?

Since her escape, Natascha has understandably been in the spotlight for her miraculous survival story. At the time of her escape, she weighed around 45 kilograms, the same as what she weighed when she was kidnapped more than 8 years prior. Right after her escape, she was inundated with requests for interviews and exclusives, some of which she agreed to and subsequently donated the earnings to women in Africa and Mexico. She also agreed to interviews with Kronen Zeitung and NEWS in exchange for housing and educational support as well as a long-term job offer.

Initially, she refrained from discussing any intimate details about her time in captivity, but she has since opened up over time regarding the treatment meted out to her by Priklopil. In September 2010, her first book, ‘3096 Tage’ (3096 Days), outlining her time in captivity was published, followed by her second book, titled ’10 Years of Freedom,’ in August 2016.

Natascha’s connection to her captor’s house has continued to be a widely discussed point in relation to the case. When she heard of his death, she reportedly broke down crying and insisted on seeing his dead body. She also decided to buy Priklopil’s house, the very house she was held captive and tormented in for more than 8 years, after her kidnapper’s death. Citing that she did not want the house to be vandalized or turned into some tacky museum of her traumatic experience, she also said that she would have the cellar of the house, where she was kept, filled in.

A couple of years on, the cellar was filled in but Natascha continued to visit the house, spending a couple of nights a week there. In 2016, 10 years after her escape, it was reported that she still kept the house obsessively clean and looking like it did originally. However, in 2019, she wanted to sell the house to a group of refugees but could not get permission from the neighbors and the Mayor to do so, and continues to be the owner of the house.

She has also brushed aside claims of her suffering from Stockholm Syndrome, especially due to the nature of her “relationship” with her deceased captor, saying that those who say such things are essentially questioning her ability to be able to make sense of her experiences for herself. Natascha also discussed the cyberbullying that she has faced ever since her escape. She recounted that having to deal with people telling her to “just die” and refuting her story, or asking her why she didn’t run away from her kidnapper sooner, got so bad that she would not feel like leaving her house.

Her repeated reports to the police provided no reprieve either because the hateful comments were always in a gray criminal area and could not be prosecuted or treated as a legitimate death threat. Her book, ‘Cyberneider,’ describes the 13 years since her escape and focuses on the online bullying she has had to endure and the effects of it.

Natascha currently does not seem to be in a romantic relationship and the interview said that she was working on reconnecting with her sisters Sabina and Claudia, and her mother Brigitta. She mentioned her wish to have kids someday, but that it didn’t seem like a realistic goal then. Natascha also found a passion for horses and described how she liked the simple dynamic of the relationship she shared with her mare, Loreley.

Wolfgang Priklopil, an out-of-work computer technician, died on the same day that Natascha escaped from his house on August 23, 2006. Hours after she was taken into police custody, Priklopil’s beheaded body was found on the train tracks near Wien Nord station and it was put down as a case of suicide. Priklopil, who was 44 at the time, allegedly spent the few hours after Natascha’s escape driving around with his friend Ernst Holzapfel wherein the former admitted his crimes to the latter. Following this, he got out of the car and laid down on the train tracks; he was run over by a train and decapitated.

Natascha described Priklopil as having symptoms of schizophrenia and a split personality. Plus, one of the major questions that came up after the case was initially closed was whether Priklopil had an accomplice. Though Natascha never mentioned any other conspirator to her kidnapping and police reports as well as separate investigations by German authorities and the FBI concluded that there was no proof pointing to an accomplice, the only eyewitness to the kidnapping stated that she saw 2 people in the van that kidnapped Natascha.

In an interview with The Mail, Ischtar Akcan stated “I know there are two men. The second man remained in the driving seat the whole time. They saw me, too. They knew I was a witness. In all those years she was gone I feared they would come back for me.” She further claimed that the police did not believe her and repeatedly suggested to her that she’s made a mistake. Further questions in the case have arisen due to the circumstances surrounding the death of Priklopil.

As per reports, two imminent coroners, Johann Missliwetz and Martin Grassberger, had concluded that the kidnapper’s death was “not investigated to acceptable forensic standards” and that he may have been killed before being run over by the train. This further supports the “accomplice theory” and suggests that the accomplice might have murdered Priklopil to save themselves. These theories, however, have not been proven and with no new suspects being officially announced, the case remains a partial mystery and is likely to spark people’s imaginations for many years to come.