Where Is Nathaniel Kibby Now? 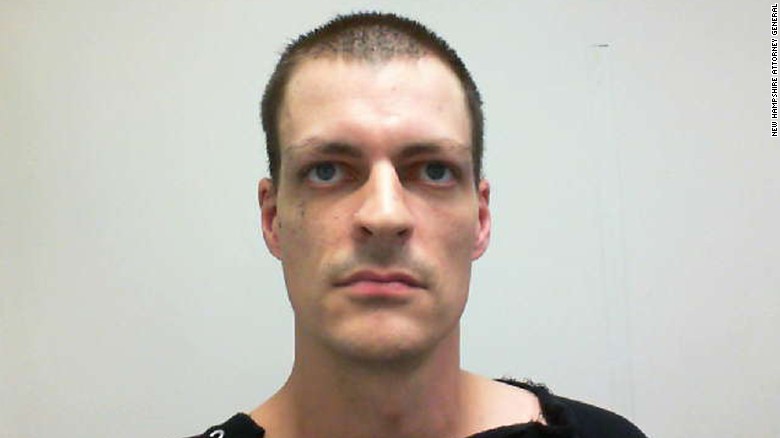 ABC’s ’20/20: What Happened to Abby?’ chronicles the October 2013 abduction of the then 14-year-old Abigail Hernandez, or Abby, as she disappeared without a trace while walking back home from school. With the search for her being one of the largest in New Hampshire’s history, for nine months, her reason for vanishing remained a mystery that occupied the minds of her family, investigators, and the community. But then, in July of 2014, she suddenly showed up at her mother’s front door, explaining how she had been abducted by a man named Nate Kibby, who had let her go on his own accord. Wondering where he is now? Read on to find out!

Who Is Nathaniel Kibby?

Nate Kibby or Nathaniel Kibby of Gorham, which is about 30 miles north of where Abby lived in Conway, abducted the teenager on October 9, 2013, by pretending to be a kind stranger offering her a ride home. She accepted, asking him to drop her off at a nearby restaurant, but Nate gave his true intentions away a short while later by saying that he needed to make a stop first. When Abby realized that she was in danger and tried to unbuckle her seatbelt, he pulled out a gun and pointed it straight at her, saying, “Now I can blow your ——- brains out, I can slit your ——- throat right open.” Then, when Nate knew that she wouldn’t run, he gagged her, blindfolded her, took her to his place, and held her in the storage unit in his yard.

In the months that followed, he constantly raped her, made her call him “master,” forced her to wear a shock collar, and even held a stun gun to her feet as punishment for trying to send a letter home. Slowly, though, when he saw that Abby was agreeing to everything he wanted, he began trusting her, even enlisting her help to create counterfeit money. Ultimately, in July 2014, he got a call from a woman whom he’d met online and given some of the forged money to, saying that she had given him up to the authorities. In fear of an oncoming investigation, Nate made Abby promise to not reveal his identity to anybody, and dropped her off exactly where he’d abducted her. She, of course, then gave investigators his exact name and location, and within a week, he was caught.

Where Is Nate Kibby Today?

Nathaniel Kibby was ordered held at the Carroll County House of Corrections on a $1 million bail as he was indicted on 205 charges related to Abby’s case following her statements to the police. These charges included kidnapping, sexual assault, robbery, criminal threatening, illegal use of a gun, and illegal use of an electronic restraint device. Then, in July of the following year, 2015, Nate was additionally charged with improper influence, criminal threatening, and obstructing government administration. This came after a phone call that he made from jail was recorded, where he could be heard making vulgar threats to harm Associate Attorney General Jane Young. The call wasn’t directly to her, but he had made his feelings very clear.

To avoid trial and conviction, which meant the possibility of life in prison without parole, in May of 2016, Nate Kibby struck a deal with prosecutors and pleaded guilty to only seven charges. With this deal, he was sentenced to 45 to 90 years in state prison, along with an agreement of mandatory participation in a sexual offender treatment program. Nate’s conviction, which he is currently serving, can be categorized as; (maximum) 20 years each for the 3 counts of aggravated felonious sexual assault, 10 years for kidnapping, 7 years for witness tampering, 7 years for second-degree assault, and 6 years for criminal threatening. The judge called this sentence lenient because Nate would be eligible for parole as soon as two-thirds of his minimum sentence is served.