Where is Netflix’s Designing Miami Filmed?

Netflix’s ‘Designing Miami’ is an exciting design reality show that follows the couple Eilyn and Ray Jimenez as they take Miami by storm and try to make a name for themselves in the industry. However, in a surprising twist, the show reveals that Eilyn and Ray have separate interior designing firms and are each other’s competitors in the professional space. Hence, it is interesting to witness how the couple balances their personal and professional commitments while taking their careers to new heights.

Incidentally, ‘Designing Miami’ showcases the best interior design offers and portrays magnificent properties in picturesque locations. Hence, the audience is treated to some of the most breathtaking design transformations as each team takes on clients who offer them directions and a blank canvas. Moreover, the engaging narrative is interspersed with scenes of city life and gorgeous backdrops, making viewers wonder about the filming location. Well, fret not because we come bearing answers!

‘Designing Miami’ is filmed in Florida, specifically in and around Miami, as well as numerous other cities in the state. Interestingly, cameras are allowed inside the properties being renovated, giving viewers first-hand access to the entire design process. Well, let’s take a detailed look at the specific sites, shall we?

‘Designing Miami’ is primarily lensed in Miami, a South Floridian coastal city and the seat of Miami-Dade County. Since the show follows two different interior designing firms in Miami, we get to witness the professionals as they take on jobs in various locations around the city. Accordingly, scenes are shot in the neighborhoods of Brickell, Saxton, and Bayview, as well as on the Miami beachfront. In addition, we get to glance inside the Sire Design offices at 7500 NE 4th Ct Suite 103 in Miami. 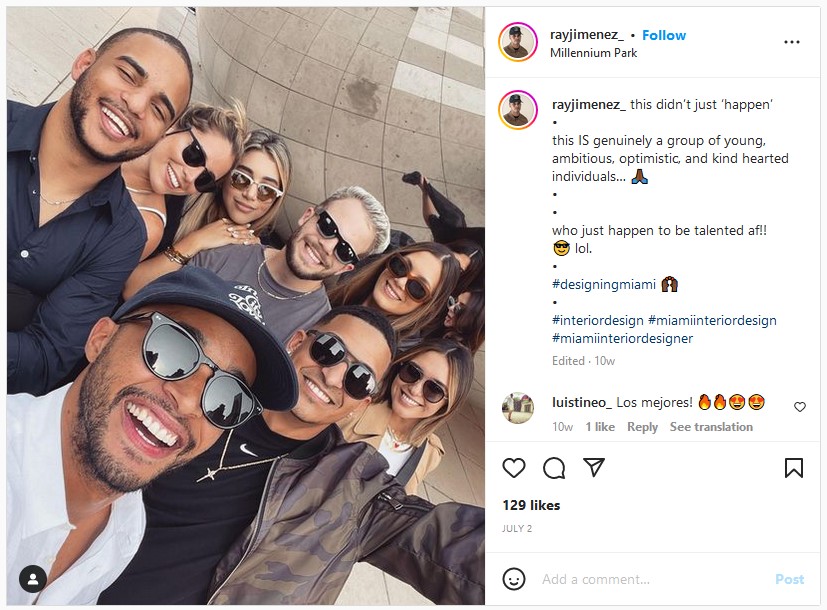 On top of that, the production team interweaves the entire series with beautiful Miami cityscape sequences, which are a joy to experience. Also known as the City of Miami, it has been a much sought-after filming location for producers, and the Netflix show brings different parts of the city into the limelight.

Miami provides top-class metropolitan facilities and modern amenities while offering rolling views of relaxing beaches and the sea. Furthermore, the city attracts people from all walks of life throughout the year and is known for its culture and ethnically diverse population. Hence, it is no surprise that the city has been chosen as a filming location by productions like ‘2 Fast 2 Furious,’ ‘Chef,’ and ‘Lionheart.’

Although most of the series is shot in the heart of Miami, interior designers Eilyn and Ray Jimenez additionally pick up work in other parts of Florida. Hence, a few scenes are recorded in nearby cities like Boca Raton, Fort Lauderdale, Sunny Isles Beach, Florida Keys, and Coral Gables.

Read More: Eilyn Jimenez From Designing Miami: Everything We Know