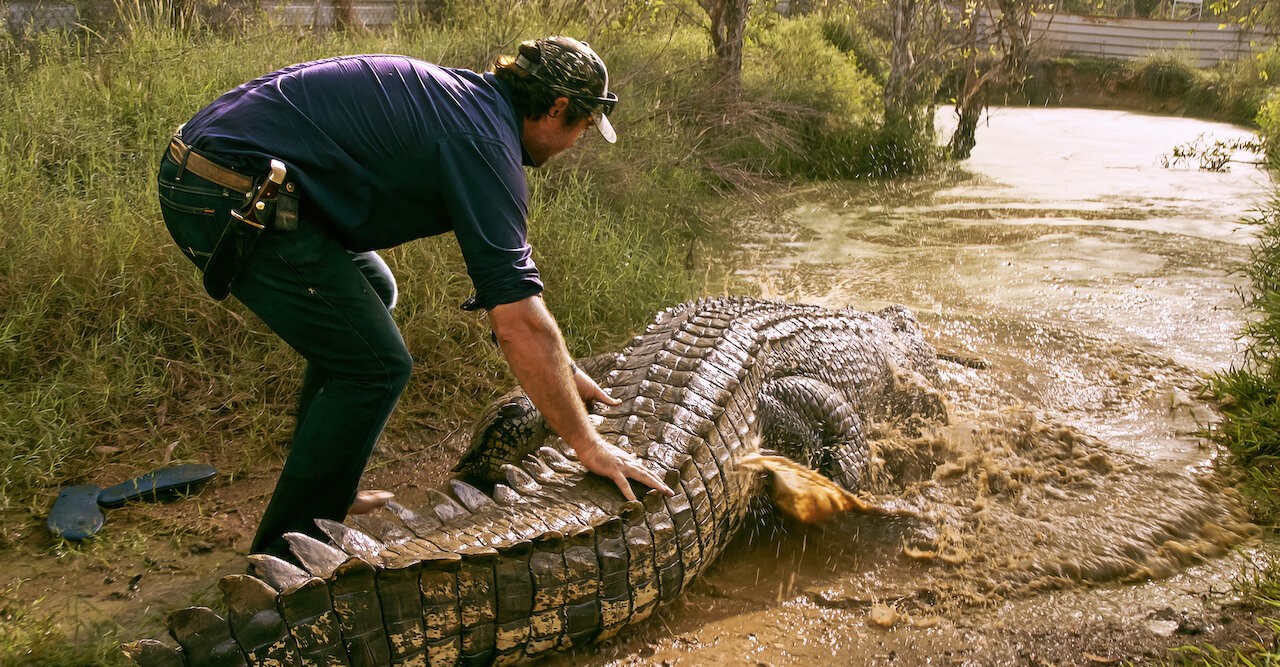 Netflix’s ‘Wild Croc Territory’ is a reality television series that follows Matt Wright and his courageous team of crocodile wranglers as they move around one of the wildest frontiers in the world. Since working with crocodiles is in his blood, he and his crew work together to catch and relocate some of the world’s most dangerous and giant crocs, protecting the reptiles and keeping people safe from them.

Matt’s wife, Kaia Wright, also joins him on his adventurous and dangerous journey in the wild and helps him do what he is best known for. The encounters he and his team have with the deadly maneaters in each episode keep the viewers on the edge of their seats. On the other hand, the waters and wilderness where the crocs lurk make one wonder where ‘Wild Croc Territory’ is filmed. Well, if you are one such curious soul, we have got you covered!

‘Wild Croc Territory’ is filmed entirely in Australia, specifically in the Northern Territory. The principal photography for the inaugural iteration of the reality series seemingly commenced in early September 2021 and wrapped up in November of the same year. Officially known as the Commonwealth of Australia, it is a sovereign and megadiverse country with a wide range of landscapes, including deserts, tropical rainforests, and mountain ranges. So, without further ado, let’s look at where exactly Matt Wright and his team catch their crocodiles!

All the pivotal sequences for ‘Wild Croc Territory’ are lensed across the Northern Territory, an area in Australia’s central and central northern regions. The capital city of the Northern Territory, Darwin, seemingly serves as a prominent shooting location for the Netflix series. Moreover, just north of Darwin are the Tiwi Islands, adjoining the Timor Sea, another site where Matt hunts for crocodiles in the show. There, important sequences are recorded at the Tiwi Islands Retreat, a luxurious beachfront resort on the western edge of Bathurst Island.

During the filming of the debut season, the cast and crew members were spotted taping several key scenes in and around Daly River, a town located next to the eponymous river in the Northern Territory. Known as The Territory, the region is home to numerous protected areas and national parks, such as Barranyi (North Island) National Park, Garig Gunak Barlu National Park, Kakadu National Park, Howard Springs Nature Park Conservation Reserve, and Casuarina Coastal Reserve.

Over the years, the Northern Territory has hosted the production of many movies and TV shows, such as ‘Australia,’ ‘Black Water,’ ‘Black Water: Abyss,’ and ‘True Colors.’