Where Is Nicki Clyne Now? 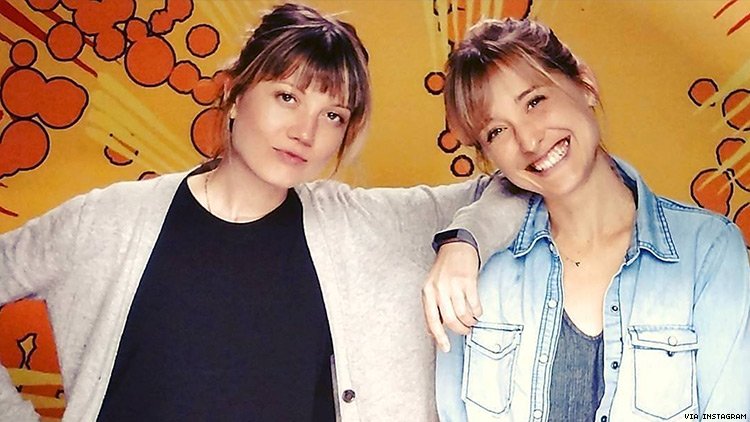 HBO’s ‘The Vow‘ is a nine-part documentary series that chronicles the rise of NXIVM as a cult. It follows some former members on their journey of self-discovery and how, when they realized the truth behind what the organization really was, they got out. As the series goes on, the gaslighting, the abuse, the misogyny, and the deep physiological manipulation all get searingly obvious. But, there are some members who, despite all this, are still active. Even the arrest and conviction of their founder and leader, Keith Ranieres, for his involvement in sex trafficking and racketeering, didn’t dissuade them. Because of them, the cult is still running. And, one such individual, who belongs in the latter, is Nicki Clyne.

Who Is Nicki Clyne?

Nicki Clyne is a former actress who is best known for her role as Cally Henderson Tyrol in the 2003 reimagining of ‘Battlestar Galactica’ on the Sci-Fi Channel. Like most members of the cast, she was originally hired for a minor, non-recurring role. But, because she impressed the show-runners with her talent, in 2004, she became a major part of the series, that is, until her character’s eventual death in season four, in 2008. The Vancouver, British Columbia, native had received her big break in 2000, after getting the opportunity to have a cameo in ‘Just Deal,’ a comedy-drama on NBC. After that, she did various other shorts films and TV cameos before landing her big role in ‘Battlestar Galactica.’

It was in 2006 that Nicki discovered NIXVM and became involved in it. And, within two years, she had completely immersed herself into it. Whatever she saw and experienced in it enchanted her so much that she asked to be let out of her contract so that she could focus on her work in the self-help organization/cult full-time. It was because of this request that her character on ‘Battlestar Galactica’ had to be killed off. For the last 14 years now, she has been a member of NIXVM, rising through the ranks. It is also here that she met her now-wife, former ‘Smallville’ actor, Allison Mack.

In 2017, after the couple tied the knot, it was alleged that their marriage was nothing but a sham to evade the United States immigration laws. This also became public knowledge, when, the next year, Allison Mack was involved in the legal proceedings for her association with NXIVM and the conspiracy and racketeering charges that were against it. Apparently, their relationship is not one of romance at all. It is alleged that Nicki is/was Allison’s “slave” in the DOS society.

Where Is Nicki Clyne Today?

Nicki Clyne is still an active member of NXIVM. According to Vice, she has been doing her part for the cult by participating and launching a “movement” to remind the people of her leader. This mysterious movement involves cult members dancing outside the prison where Keith Raniere is held, and them using #BLM to get some quick reactions. Named “The Forgotten Ones” or “We Are As You,” it was claimed to be done to shine a light on the terrible prison conditions via the nightly dances, but when the connection with NIXVM and Keith were made, it seems like their only aim is to have their leader be moved to a new cell.

When Keith was on trial in 2019, Nicki was identified by a former NXIVM member turned government witness to be a member of his “inner circle” and a “first in line master” in DOS. It was also revealed that she had recruited at least three “slaves” for the “sorority,” but, alas, she was not charged in connection with any of the federal charges that were brought against Keith or any other member of his inner circle. Now, according to some insiders, Nicki has risen to the top and is actually running the DOS master-slave group. Apparently, she plans on recruiting at least 50 more slaves to make up for all those who had been forsaken as a result of the federal case. (Featured Image Credit: Instagram / Nicki Clyne)