Where Is Oscar Pistorius Now? 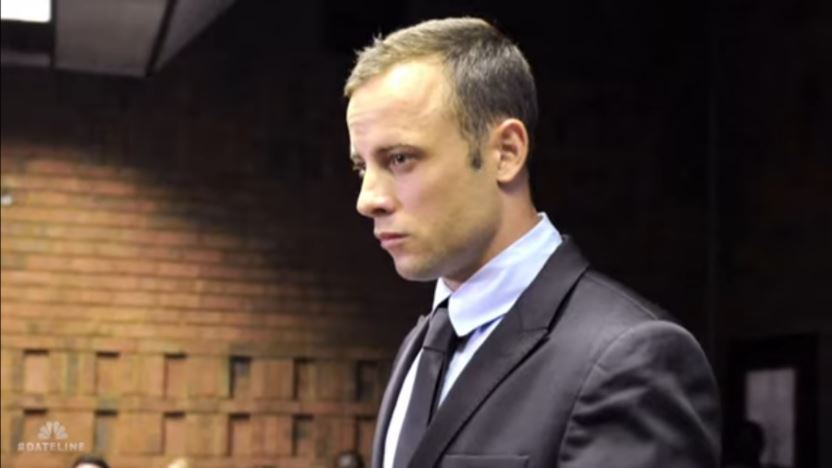 Being one of triumph, inspiration, and then of unspeakable tragedy, Oscar Pistorius‘ story has been very well-documented throughout the years. And, ‘Dateline’s The Rise and Fall of Oscar Pistorius’ is just one of the recent ones to chronicle it. Oscar overcame having both his feet amputated at just 11-months-old due to a congenital defect, and then, he worked hard to become a world-class sprinter and Olympian. But, just months after reaching the pinnacle of sports, he made headlines for fatally shooting his girlfriend of four months, model, paralegal, and reality TV star, Reeva Steenkamp. If you’re here because you’re wondering where Oscar is now, you’ve come to the right place. Here’s all that we know about his current whereabouts?

Who Is Oscar Pistorius?

On November 22, 1986, Oscar Leonard Carl Pistorius was born missing the outside of both feet and both fibulae because of a condition called fibular hemimelia. Therefore, before he turned a year old, so as to live a long and relatively healthier life, both of his legs were amputated halfway between his knees and ankles. By the time he was 18 months old, he was comfortably walking on prosthetic legs. And, as he grew up and fell in love with sports, he never let his physical condition hold him back. From cricket to rugby to wrestling, he did it all. At 16, Oscar took up running to rehabilitate his knee, which he injured playing rugby, and the rest was history. It was just two years later that he won his first gold medal in the 200-meter race at the 2004 Athens Paralympics.

Oscar’s success in Athens led him to compete against able-bodied runners all over South Africa in national races as well, which then led him to receive invites from the European track and field circuit. In 2007, however, the International Association of Athletic Foundations (IAAF) concluded that his prosthetics gave him an unfair advantage and banned him from competing with those who were not disabled like him. Oscar appealed this decision, and it was overturned a year later. Because of this, he was able to realize his dreams and was a South African representative at the 2012 London Summer Olympics, where he marked his place before being eliminated in the semifinals.

Less than a year later, though, his whole world turned upside down. In November of 2012, Oscar, still basking in his glory, was introduced to Reeva Steenkamp by a mutual friend. They began dating and quickly became exclusive. Only four months later, early in the morning of Valentine’s Day 2013, Reeva was shot and killed in the bathroom of Oscar’s home, where she was living at the time. She was shot in the arm and head through the door, and Oscar admitted to being the one who pulled the trigger, claiming that he thought that she was an intruder. He was then arrested and charged with murder.

Where Is Oscar Pistorius Today?

Oscar Pistorius, the 23 gold, 6 silver, and 1 bronze medalist went on a 6-month long trial just a short while later. He stuck to his story of believing that his girlfriend was an intruder, but the prosecutors claimed that Reeva was hiding in the bathroom on purpose because the couple had previously fought and she was scared for her life. The evidence that they had against him was believable, but it was also circumstantial. During the trial, Oscar even broke down, which led to his lawyers claiming that he had an anxiety disorder, causing the judge to stop proceedings until his mental health was completely evaluated. When it was, and it was deemed that he had no such disorder, the jury convicted him, not of murder, but of culpable homicide and several gun-related charges.

On October 21, 2014, Oscar was given a sentence of five years behind bars for the homicide and a concurrent three-year suspended sentence for the gun and endangerment charges. Less than a month later, however, he was released from jail and placed under house arrest. Then, because the prosecutors appealed the verdict, describing it to be shockingly light and inappropriate, the Supreme Court of Appeals took over the case. In November of 2015, they overturned the lower court’s decision of culpable homicide and found Oscar guilty of murder. On July 6, 2016, he was sentenced to six more years in prison. On another appeal by the state for a longer sentence, Oscar was then given 13 years and five months behind bars, totaling his sentence to 15 years.

In December of 2017, a month after his final hearing, Oscar filed for an appeal to reduce his sentence to the 6 years that was previously given to him. A few months later, in March 2018, his appeal was denied. According to official records, Oscar Pistorius is currently incarcerated at the Atteridgeville Correctional Center and is not eligible for parole until at least 2023. (Featured Image Credit: NBC News / Dateline)